3 April was Christmas and Birthday in one if you are a developer looking to maximise your profit in Hammersmith & Fulham.

Yesterday, the Tories held their closing down giveaway of planning consents before they are – hopefully – kicked out at the council elections on 22 May.

As an aside the Planning Committee also started the process of demolishing Sulivan School.

Meanwhile, the sale of Hammersmith Park is being challenged in the courts, thanks to a residents’ campaign led by Virginia Ironside. The Council, incredibly, has decided to underwrite any losses the developers may suffer if the judicial review doesn’t go their way. Is there nothing they will not do to put developers before residents?

But the biggest planning issue coming down the track is the redevelopment of the Old Oak area. This dwarfs all the projects being discussed last night, with 24,000 new homes proposed for an area of land more than 100 acres.

Boris Johnson, fearing that there will be three Labour councils running the development area after the local election, us, Ealing and Brent, is trying to take over himself with the creation of a Mayoral Development Corporation. This would take planning and regeneration away from the councils and put them into the hands of an unelected corporation controlled by the Mayor and his expenses-loving deputy Edward Lister.

The Old Oak redevelopment is a wonderful opportunity to provide thousands of decent, affordable homes for local residents (much of it is public land so can be developed at lower cost). My fear is – as we have seen time and again – the land will be gifted to developers who will take the opportunity to build luxury flats that are out of the reach of all but the wealthiest foreign investors.

There is one site that the Tories were unable to gift as luxury flats last night – Charing Cross Hospital.

Earlier yesterday in Parliament I raised this issue asking:

Imperial College Healthcare NHS Trust is bidding for foundation trust status so that it can take advantage of the Government’s hospital closure programme and sell off half of Charing Cross and Saint Mary’s hospitals, which the people who pay for the NHS, my constituents, do not want. May we have a debate on NHS land sales, and may we have it before 22 May and the local elections? Since Labour made this an election issue, the decision to close Charing Cross has unaccountably been put back to the week after the poll.

The decision to delay announcing the future of the Charing Cross site to a week after the local election on the 22nd of May is very worrying.

Policing in the Borough

I raised with him the 158 officers that have been cut from the Borough since the last election. The Commissioner told me the Police are now recruiting but local sources tell me that this is likely to only be a handful of officers.

This is at odds with what the Tories locally have been saying, that there has been no decrease in the number of officers. The Council mis-representing the truth about policing in the Borough does nothing to help inspire confidence in the Police among local residents.

I also asked the Commissioner about another 20 families who are being evicted from homes in Hammersmith owned by the Police. This, I was told is a political decision by the Deputy Mayor for Policing, Stephen Greenhalgh.

Not content with ruining lives while he was the Leader of the Council in Hammersmith & Fulham, it now seems he’s doing it from City Hall. It’s hardly building stable communities. 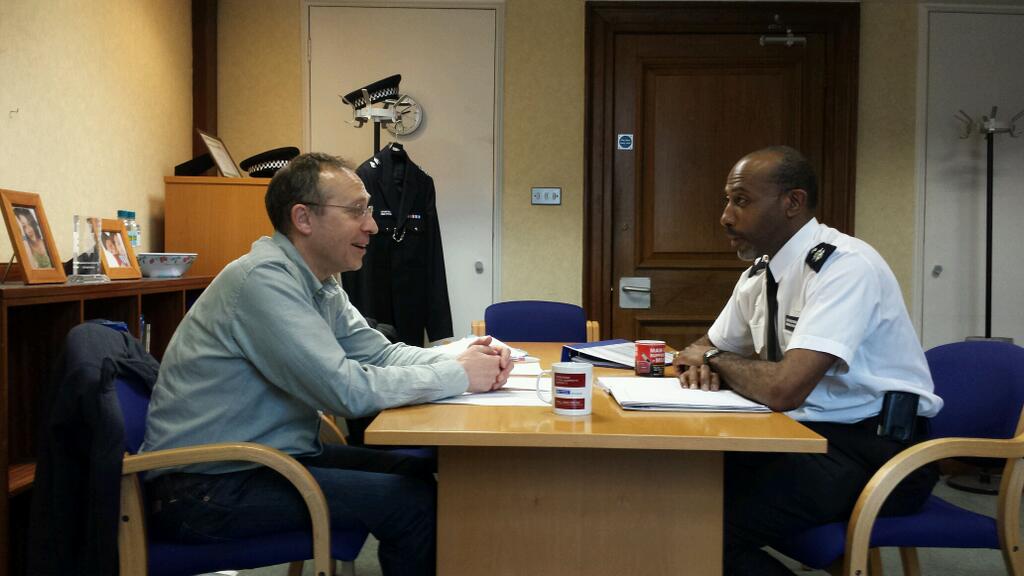 On the bright side, today I met the new Borough Commander for Hammersmith & Fulham, Gideon Springer. We talked about his plans for policing in the Borough. First impressions only, but I think he is going to be a very good thing.

This week in Westminster I raised the issue that thousands of households in Hammersmith are struggling in fuel poverty. Making ends meet is hard enough at the moment without energy companies making matters worse by pushing up bills. I asked the Government to join Ed Miliband in forcing energy companies to freeze bills immediately. 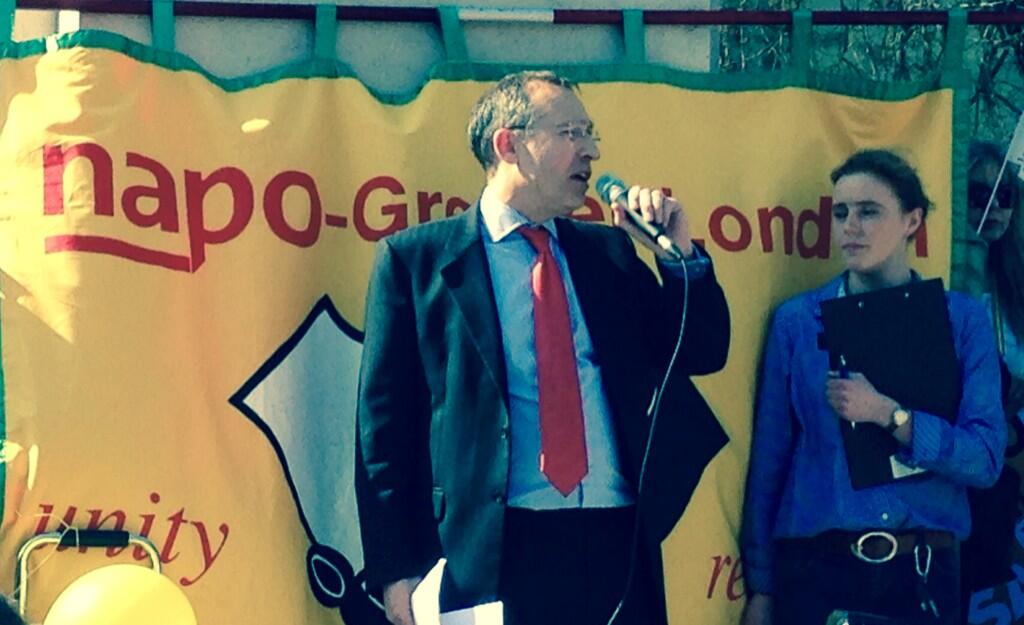 As Shadow Justice Minister I have been occupied  opposing the Government’s draconian ban on books for prisoners, their savage cuts to legal aid and threat to the probation service, and their attempt to make it harder for the individual to hold the executive to account by judicial review. On Tuesday I spoke to a rally of lawyers and probation workers who, for the first time in history, had joined forces to protest against the Government’s mismanagement of the criminal justice system. You can read my speech here. We will support all those fighting to protect our civil liberties, in the face of a Coalition government determined to insulate themselves from scrutiny.

Ed Miliband also announced this week that Labour will repeal the ‘Gagging Bill’ if elected next year.  Over 500 constituents have written to object to this attempt to stop charities and civil society groups from campaigning. 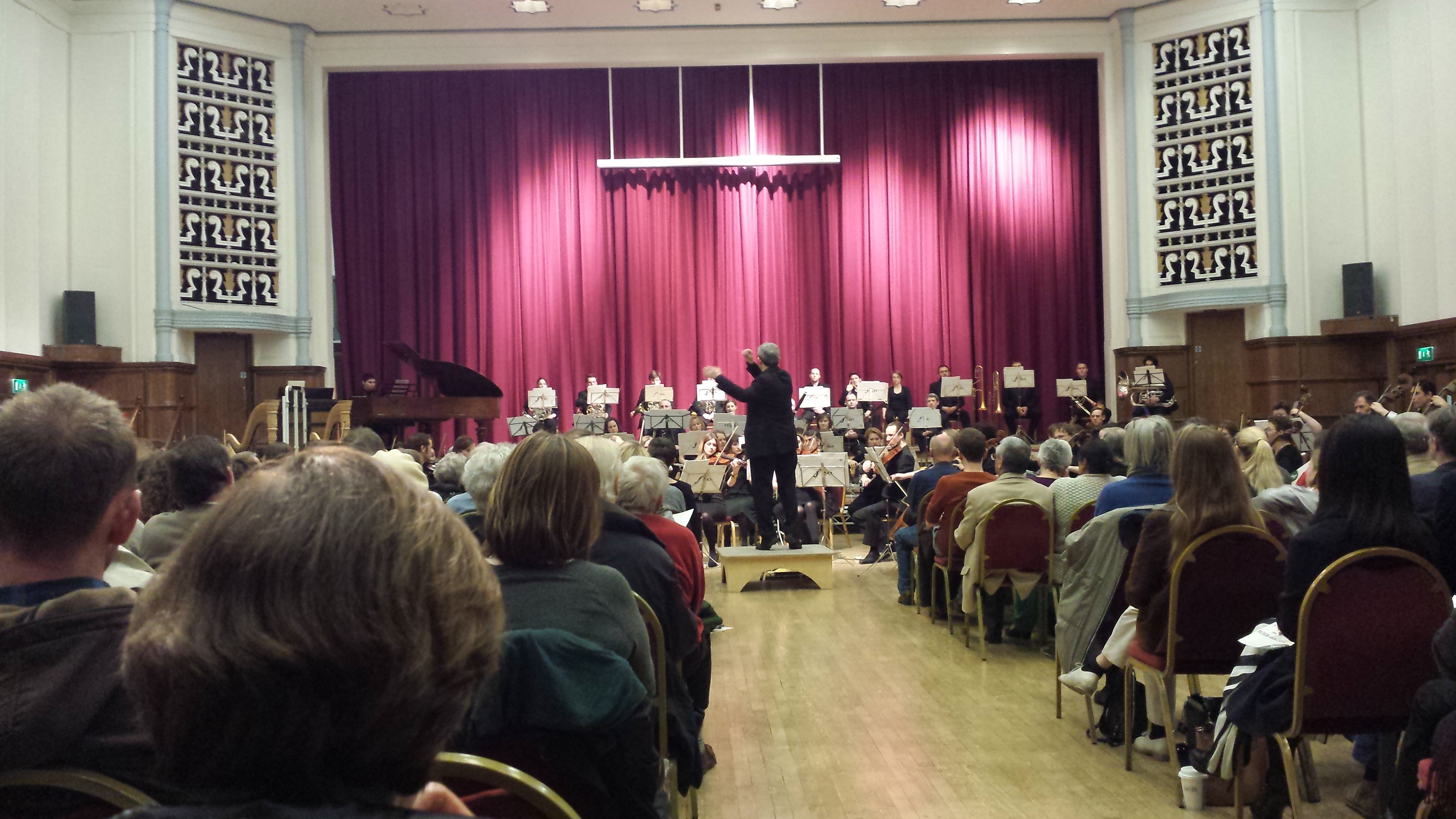 On 30 April I will be giving the last of Upper Room Lectures at St Saviour’s, Wendell Park, talking about the future of Palestine.  If you wish to attend please telephone Alyson on 0208 740 5688 or email her on: alyson.upperroom@gmail.com.

Last week I hosted a reception in Parliament for the West London Centre for Counselling. The WLCC has been providing free psychological support to the community of Hammersmith and Fulham for the past 20 years.  It is wonderful resource for Hammersmith and Fulham, and we are lucky to have such a professionally run community counselling service with such a good reputation, and which produces such real benefits, especially when mental health services are under such stress.