Selling off council homes on the open market, emptying and demolishing blocks of affordable flats, allowing developers to make excess profits by including no low-cost homes in major schemes, manipulating statistics to hide housing need and classing households on incomes of £80,000 as a priority for rehousing are some of the techniques used to alter the social make up of the borough.

The report was researched and written by housing professional and local resident, Martin Peach, after the Council refused to reply to requests for information, even made under the Freedom of Information act. Its findings include:

    H&F sold 262 empty council properties up to the end on 2013 raising £112 million or an average of £430,000 each.  These properties would formerly have been let to local families in overcrowded accommodation or on the housing waiting list.

    The council has entered a 15 year joint venture with a private developer, Stanhope plc, to empty and demolish blocks of council flats.  The land will then be developed for private housing. 150 flats will be lost in the first phase.

    The housing waiting list has effectively been abolished by imposing highly restrictive criteria from 1 April 2013. Before that date over 10,000 households were waiting for accommodation but this fell to just 768.

    Only 16% of over 16,000 properties granted planning consent in the borough in the last five years are classed as affordable against a target of 40%.  But even these are unaffordable to residents on moderate income; there has been a net loss of social rented homes.

    Looking at two smaller schemes where usually secret viability assessments are public suggests developers have made windfall profits of £7m and £25m.  With no requirement for affordable homes, excess profits on the larger schemes may run into hundreds of millions.

Hammersmith would be short of affordable homes even without these policies.  Average house prices are approaching £700,000 and it costs around £700 a week to rent a three-bedroom property.  Local people were already waiting an average of 5-7 years for family sized council homes, often while living in appalling conditions.

What sorts of people react to this situation by setting out to make things worse?  The actions of Hammersmith & Fulham council may well be illegal under equalities legislation.  They are selling off exactly the type of property most needed by disabled people and vulnerable families. Their own lawyers have raised concerns that sales policies of this kind echo those of Shirley Porter’s Westminster, which led to both politicians and officers being surcharged for gerrymandering.

This is not good economics or social policy.  The bill for emergency housing rose from £387,000 to £1,751,000 in three years.  The additional costs in Housing Benefit of housing families in bed and breakfast hotels or private flats instead of council homes will run into millions.  In 2012, 600 households were forced out of the borough, away from jobs, schools and family support.

These policies are indefensible politically, economically or in human terms, but far from intervening, the Secretary of State singles out H&F for praise.  Clearly these are policies the coalition Government would like to see pursued nationwide.

Save our High Street! 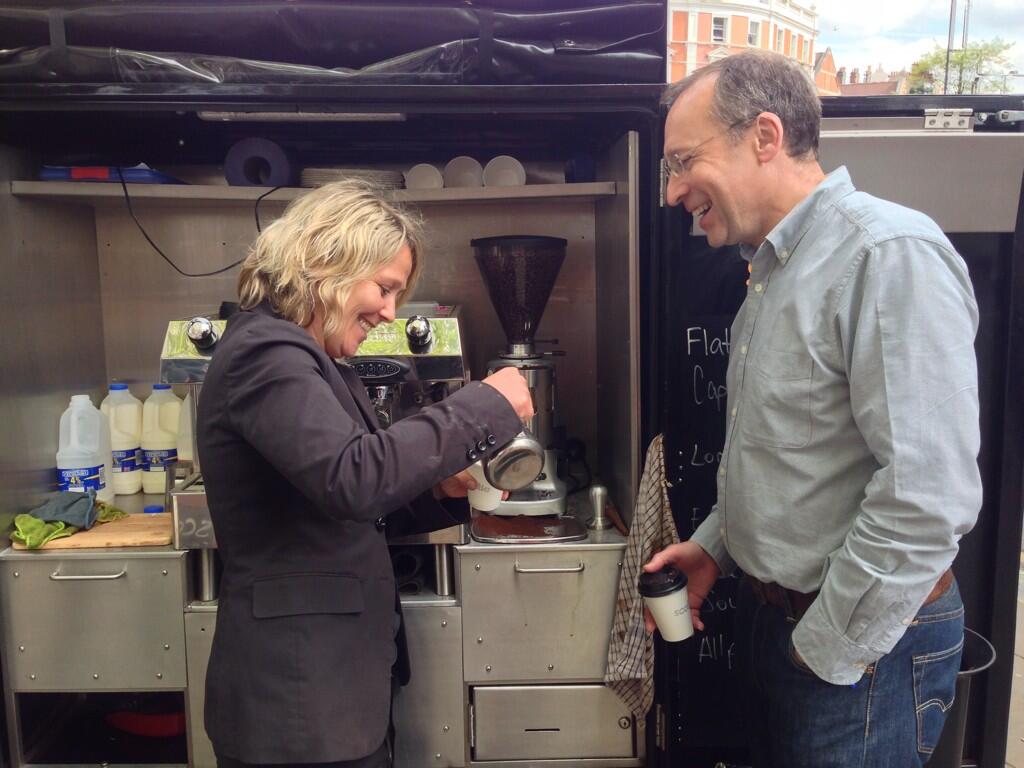 Last week’s Chronicle front page highlighted the problems small businesses are facing in the borough. Sadly the Chronicle itself closed today after 126 years, but I will continue to campaign for independent small shops and against the developer and chain-led destruction of our local high streets.

Pay day loan companies, betting shops, pawnbrokers and other high profit businesses are pushing out small shops.  Yet small and independent businesses are a vital part of our economy and help add character and a distinctive feel to our local communities. 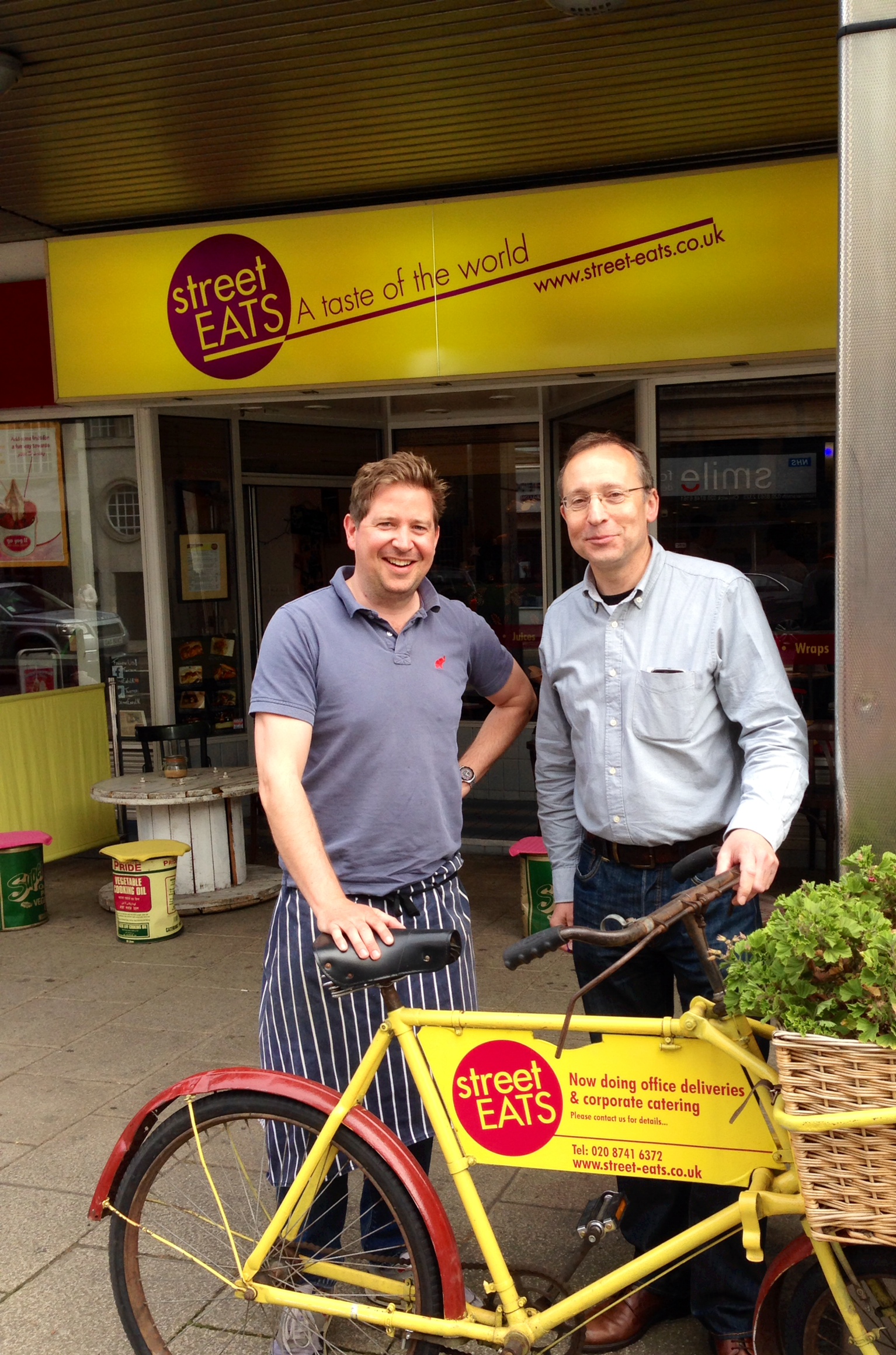 Shepherds Bush Market is under threat as well as the unique shopping parade on Goldhawk Road.  Pubs are being sold for conversion to residential use or for yet more supermarket ‘metro’ stores.  The latest to be threatened in the Old Parr’s Head in Blythe Road.  Increasingly small and family businesses are feeling the pinch due to rising rent costs and the Council putting big business first.

Last week I took the opportunity to visit local traders Scotties Coffee run by Lou Scott and Street Eats, opened 18 months ago by successful restaurateur Michael Charlton. Both are hardworking Hammersmith locals trying to grow  their businesses and offer an alternative product than the same old stuff from the big brands. They are just the tip of the iceberg so I hope you can all go out and support small and independent businesses near you.

A reminder that I – and 5,000 other lawyers – will be taking part in the London Legal Walk on the 19th of May to raise money for free legal advice centres. The walk starts at the Royal Courts of Justice and I will be walking with the staff and supporters of the Hammersmith & Fulham Law Centre.

There is a desperate need to raise funds for our internationally-renowned Law Centre. Following the withdrawal of its funding by the Council and the Government through legal aid cuts, the irreplaceable work done by the Centre has been severely curtailed.

Talk on Palestine – Next Week

On 30 April I will be giving the last in a series of Upper Room Lectures at St Saviour’s, Wendell Park. I’m talking on the highly topical subject of the future of Palestine.

If you wish to attend please telephone Alyson on 0208 740 5688 or email her on: alyson.upperroom@gmail.com. The Upper Room raises money for homeless and destitute people in the Shepherds Bush and Hammersmith area.