All change in H&F

As the dust settles from last week’s elections, it’s clear that Labour did well all over London but particularly in Hammersmith & Fulham.

What happened in Hammersmith & Fulham was undoubtedly the story of the night and I would like to thank everyone that made that possible. The new Labour Group are an impressive group of people -; both the old hands and the newly elected -; and have been brilliantly organised by Labour Leader Stephen Cowan to achieve a victory few predicted. 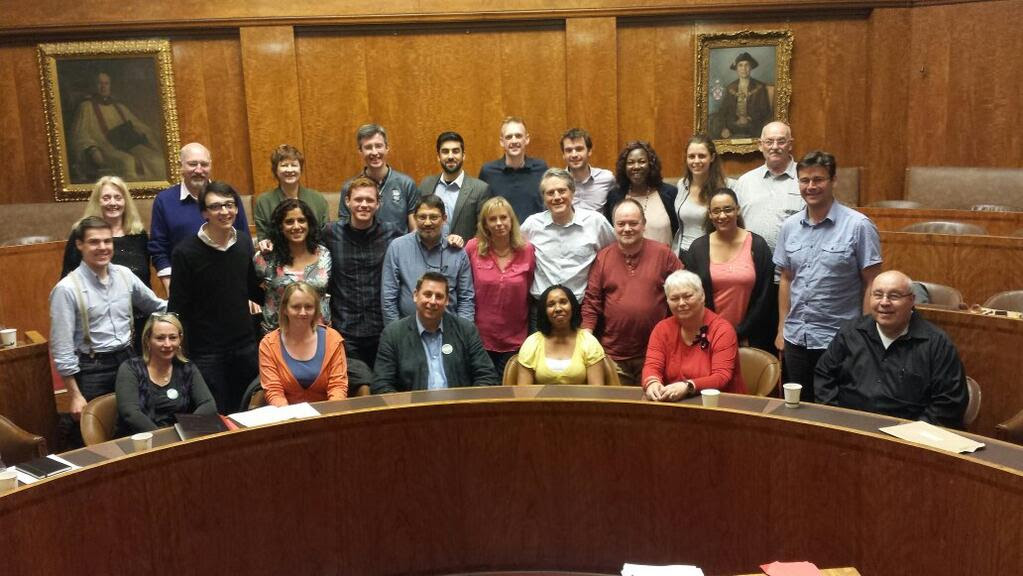 But they have a very tough job to do.  Expectations are high and they will be the first to admit that the hard work starts now.

I will do my best to support them, but they will not want me being a backseat driver -; and I need to remain free to criticise them when they make mistakes.

I know they have a strategy to defend Charing Cross Hospital and that they have already instructed officials to draw up a comprehensive plan of how and when the council will deliver the commitments detailed in their manifesto.

There has been extensive media coverage of the results. Here are a few:

By coincidence I was booked in to see the new Chief Executive of Imperial Healthcare Trust (who run Charing Cross, Hammersmith and St Mary’s) on Friday morning after the elections.  Her name is Tracey Batten and she has been in post for only a few weeks having been headhunted from Australia.

It was a relatively short and sharp meeting as I had been up for 30 hours at that point. I was depressed that the Trust did not appear to register the significance of the Labour win in H&F, merely saying that they would keep the new council ‘informed’ of their plans.  The CE confirmed my last eNews story that she had ordered the full report on the future of the hospitals to be delayed from this week’s board meeting to 30 July.

What they did not tell me until an email later in the day however was that the board would this week be asked to approve the closure of Hammersmith Hospital A&E with effect from 10 September -; the same date as Central Middlesex A&E is due to close.

So, with the new Labour Cabinet member for health, Vivienne Lukey, and several Save our Hospitals campaigners, I attended the board meeting on Wednesday. Finding our way through a maze of corridors and a locked door to the ‘public’ meeting, we were sat in a corner of the large conference room with no papers and little chance of hearing what was going on.

There was not much to hear.  When the item on the Hammersmith closure came up, no board member had any comment other than that the communications would have to be handled carefully as (gesturing to us) ‘the world will be watching’.

Although the decision on Charing Cross is postponed, it was clear that, given the ‘one emergency department’ strategy and the closure of CMH A&E, all Hammersmith patients would be directed to St Mary’s Paddington.

And yet the report proposing the closure admitted that ‘additional capacity at St Mary’s is central to delivery -; work is underway to identify sufficient capacity but this is unlikely to conclude prior to the closure of the [Hammersmith A&E]’

Hammersmith A&E serves one of the most deprived areas of London, with high levels of poor health and low levels of car ownership.  No consideration was given to the effect of the closure on my constituents -; the blame (not unjustifiably) for the closure was placed on Jeremy Hunt’s decision last October that the A&E would close ‘as soon as practicable’.

But Imperial have previously said that they would not go ahead until alternative services were in place.  Now even this promise appears to be broken.

I have asked for a full discussion with Imperial and the Leader and Cabinet Member from H&F as soon as possible.

Save our Hospitals also met this week, and though buoyed by the election result, were under no illusion that there is a long way to go yet.  They are right, but they now have a powerful ally on their side.

Media coverage of the hospital closure