On Monday Hammersmith & Fulham Council held its AGM to hand control to  the newly-elected Labour administration. The galleries were full to bursting with local residents including the Save our Hospitals, the Save our Sullivan, save shepherds Bush market and Save Earl’s Court campaigns plus representatives from community groups from across the Borough.

The new Leader of the Council, Stephen Cowan, told the 200 guests that “Everything we do tonight and everything we endeavour to do over the next four years will be for you; to make this borough better for all.”

Councillor Max Schmid, Cabinet Member for Finance, immediately announced £267,000 worth of savings, by scrapping the propaganda publications and banners produced by the outgoing Tory administration. He also cut councillors special responsibility allowances by 10%. 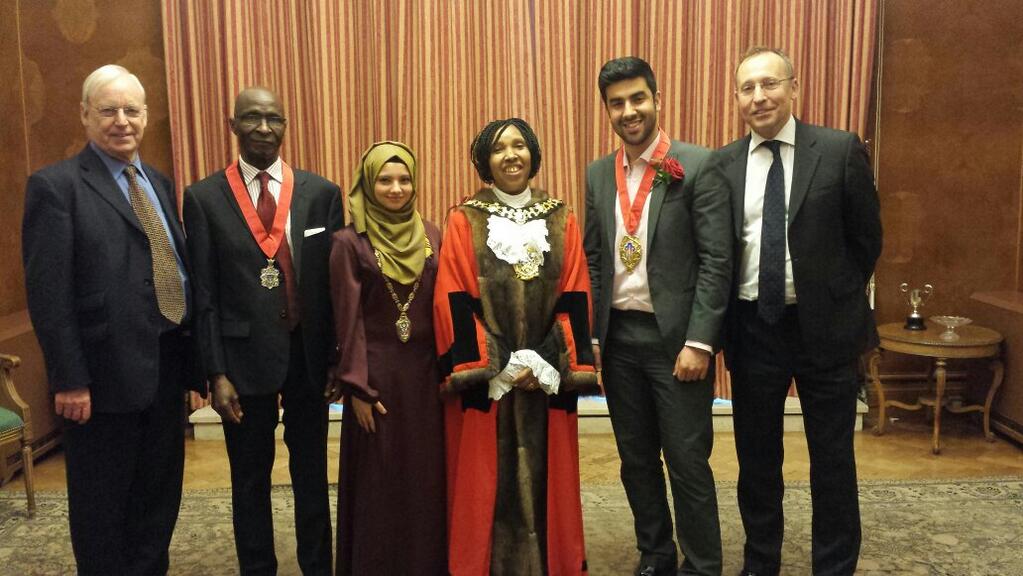 While Councillor Cowan went out of his way to be magnanimous praising some of what the previous Council had done, the new Conservative leader gave an ungracious speech that showed the Tories seem unwilling to reflect on their defeat.  There was no apology for their support of the demolition of Charing Cross Hospital or their disposal of affordable homes to make way for luxury development.

However, the highlight of the evening was the installation of our new Mayor, Councillor Mercy Umeh. Mercy has worked tirelessly for the community in Shepherds Bush, and it was a real pleasure to see her take the chair in her robes and chain of office, accompanied by her husband Max.  she will be assisted by Deputy Mayor Ali Hashem, newly elected Councillor for North End.

As the politicians recover from a gruelling local election campaign, normal people carry on with the life of the borough.

On Saturday I attended two summer fairs at Wendell Park and Brackenbury primary schools. The Wendell Park choir were singing in the rain, but that didn’t spoil the quality of the music.

I made my weekly visit to the Save our Hospitals street stall in Lyric Square.  As always, it was doing good business as we continue to persuade the Government and  local NHS to think again about closing the borough’s A&Es and demolishing Charing Cross -; but now we have the Council on our side not trying to sabotage our efforts.  I also attended to give a report to the Save our Hospitals AGM on Thursday and was rewarded for my efforts over the last two years by being promoted or was it demoted) from Secretary to Honorary  Secretary.

I joined the Askew Ward Councillors as they held their regular street stall on Askew Road. Lots of residents stopped by to give their congratulations to Cllrs Caroline Needham, Lisa Homan and Rory Vaughan, re-elected with hugely increased majorities, a fitting reward for their hard work.

I visited as many exhibitions as I could, including the excellent Rennie Pilgrem, Oliver Needs and Jonathan Mercer.

Last week was also Carers Week, celebrating the often unremarked dedication of carers across the country. Sainsbury’s in Kings Mall hosted local carers and along with Carers’ UK, the Mayor and I were asked to speak.

I also entertained a group of H&F carers in the Commons after a tour and rare day out. They were full of good advice on how the new Council can make carers’ lives easier.

Earlier this week I took part in Q&As at the Stamford Brook and Hammersmith Society AGMs (it’s AGM and fair season) on topics ranging from the Flyunder and Thames Tunnel to local policing.

On Monday I was on London Live TV discussing the need for more affordable homes in the capital. You can catch what I had to say here and here.

As a recent poll in the Standard revealed “housing’ is now the greatest concern facing Londoners. That is why I was happy to attend the launch of Shout, a new campaign for more social housing. You can read more about their work here.

Later in the week I attended the launch of the St Mungo’s Broadway report on improving literacy and numeracy among homeless people. St Mungo’s and Broadway have merged into one organisation and their HQ will be based in Hammersmith. I served on their board for 20 years and I am looking forward to continuing to work closely with them in the future.

In my role as a Shadow Justice Minister and Labour’s lead on sentencing matters, I set out Labour’s position on knife crime in a heated debate which saw the two Coalition parties fall out once more, though as is often the case the row was mainly manufactured. You can read what I said here.

I also spoke against the draconian and misguided changes to judicial review that the Government are bring in. You can read my New Statesman article on that subject here.

I also took part in a debate on the Government’s attempt to scrap the Independent Living Fund which helps disabled people work, become active in the community and live more fulfilled lives.  You can read my comments here.