Hunt on the run over Hammersmith A&E

Hunt on the run over Hammersmith A&E

Jeremy Hunt continues to dodge questions about his plans for Hammersmith & Fulham’s hospitals.

A fortnight ago in the House of Commons I asked him to keep his promise not to close Hammersmith Hospital A&E until there was spare capacity in neighbouring hospitals and primary care
services to cope.  I wrote about that exchange here.

Earlier this week I tried again when Hunt was forced to come to the Commons to answer Andy Burnham’s Urgent Question on patient safety.

“I want to ask about the safety of the 22,000 patients who use Hammersmith Hospital A&E every year. There is no capacity or increase in the acute primary or community care services locally, which the Secretary of State set as a prerequisite for any A&E closures in west London. Will he ask Imperial Healthcare Trust to review plans to close the A&E at Hammersmith. Will he answer that question, as my constituents in Shepherds Bush and White City deserve an answer to it, and not
the spin and the game playing that I always get from the Secretary of State?”

Once again he did not even attempt to address the question.  Hunt said when announcing the closure 30 October 2013 it would only close when practicable, ie that alternative services were in place.  We oppose the closure but thought at least he would honour this commitment.

But Imperial at their last board meeting conceded there were already too few beds at St Mary’s -; where all Hammersmith patients will be told to go -; and the primary care budgets for H&F are actually being cut as money is moved from inner to outer London.

The Fulham Gazette got the same evasive response when they door-stepped Hunt and asked him about the closure of Charing Cross’ A&E.

So the Save our Hospitals campaign continues. Next up on 5July is a rally and party. We will start at 2pm on Fulham Palace Road across from Charing Cross Hospital, and will move to nearby Frank Banfield Park for entertainment, stalls and birthday cake  – the NHS is 66. I hope you can join us.

Meanwhile the new Labour council has entered intensive negotiations with Imperial to try and save the borough’s A&Es, calling for them to respect the outcome of the election, the lack of emergency beds and the need for a genuine consultation with the people of west London.

QPR back in the big time

I used a Parliamentary device last week to add my congratulations to QPR on their promotion back
to the Premier League.  I tabled an Early Day Motion, which so far has been supported by eleven other MPs, including life-long ‘Rs fan and former Home Secretary Alan Johnson.  I suggest all fans around the country get their MPs to sign.  You can see the text of the EDM here.  I hope I will be doing the same for Fulham this time next year.

Labour making a difference in H&F

It a huge challenge for the new Labour council in H&F  just to unravel eight years of Tory mismanagement but they are making a strong start. The story of Sulivan School, the popular community primary in Fulham that faced closure, had been widely reported after a vigorous campaign from teachers, parents, pupils and supporters. Their pleas repeatedly fell upon deaf ears -; from the local MP Greg Hands, the Tory Cllrs, and then from the Department of Education in the form of Michael Gove and Tory donor Lord Nash -; who were all complicit in trying to close the school and give the site away.

But things are looking up for Sulivan. The new council has published proposals to revoke the former decision, on the grounds  that they intend to build affordable family housing in the area in place of the luxury flats planned by the Tories and hence will need more school places. You can read a great repor
t here in the Mirror. At the same first meeting of the Council’s Cabinet they reversed the Tories’ housing policy and ruled that affordable family homes would now be the priority on housing developments across the borough. 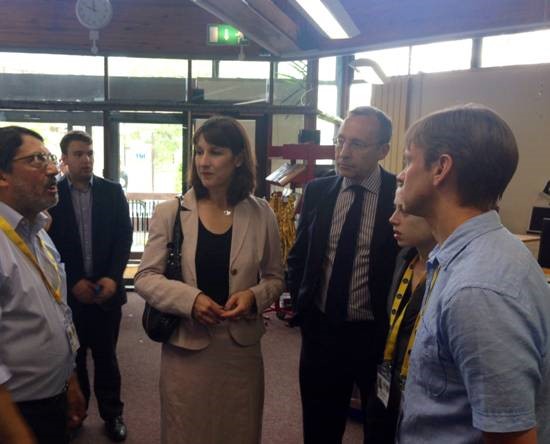 On Monday I visited the Citizens Advice Bureau (CAB) in Barons Court to hear about the Government’s failing social security reforms including Universal Credit.

With Labour’s Shadow Secretary of State for Work and Pensions, Rachel Reeves, other MPs and local councillors I met CAB clients and staff to discuss problems with Universal Credit, Jobseekers allowance, Employment and Support Allowance and Personal Independence Payments.

CAB staff and volunteers are a superb team and should be commended for their hard-work and invaluable support to some of the most vulnerable people in the borough. You can read more about them and Rachel’s visit here.

But when I tried to raise this in Parliament with Secretary of State Iain Duncan Smith he suggested it was wrong to meet my constituents and we should speak to his officials instead. How out of touch can he be?

Also on Monday I took part in the first National Women in Engineering Day, highlighting the achievements of women across the sector and raising the profile of careers from defence industries to the environment. I chaired a roundtable discussion on the role of women in engineering at major
project management company CH2MHill in Brook Green.

In memory of Kimi De Castro

Tragic news this week as we learnt of the death of Kimikawa De Castro.  Kimi was  a well-respected and much-loved figure in Shepherds Bush who died aged only  49.  She had been a tireless campaigner in the fight to save Shepherds Bush Market and in particular the Goldhawk Road shops.  But she also ran a successful business and was active in Neighbourhood Watch and almost every aspect of community life in the Bush. On Monday there was a packed memorial service to pay tribute to her at the Bush Theatre. 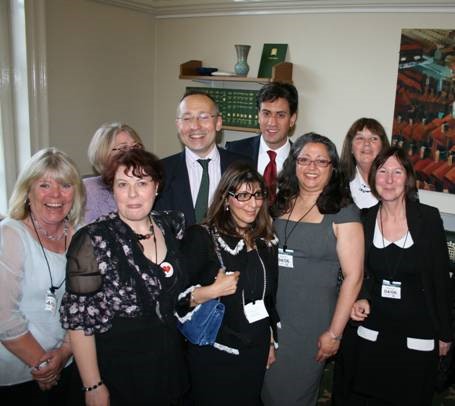 Earlier this month I invited her to Parliament to meet Ed Miliband. It was a privilege to have known her and she will be sorely missed. You can read a front page tribute to Kimi in the Gazette here.

A week in Hammersmith 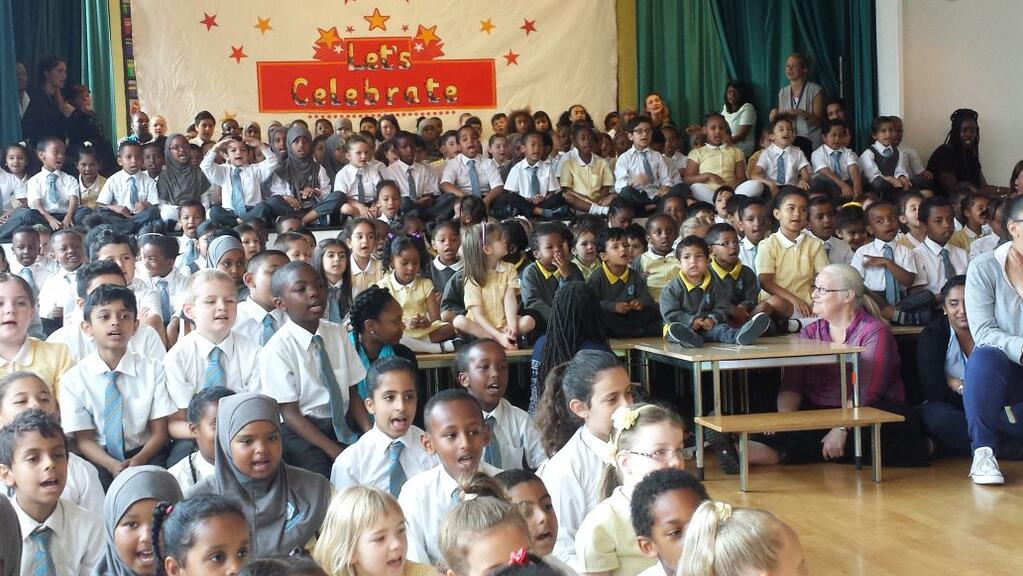 Last Friday Mayor Mercy Umeh and I were guests at  ARK Swift Primary Academy in White City to mark its first successful year since changing its name from Canberra.

At the Nomad Restaurant restaurant in Goldhawk Road I presented awards at the 15th Anniversary celebrations of the Community Education Forum.  The forum is run by the Somalian community in H&F to promote learning and achievement among young people.

The sunshine last weekend meant a bumper crowd at the Old Oak Fun Day on Wormwood Scrubs. I joined the Mayor, ward Councillors Elaine Chumnery and Wesley Harcourt and Cabinet Member for Health Vivienne Lukey to open the new outdoor gym and the BMX track. The Outstanding  Miles Coverdale primary school in Coverdale Road held its summer fair. I was glad of the opportunity to congratulate Deputy Head Nettie Peakes, who was recently made MBE. 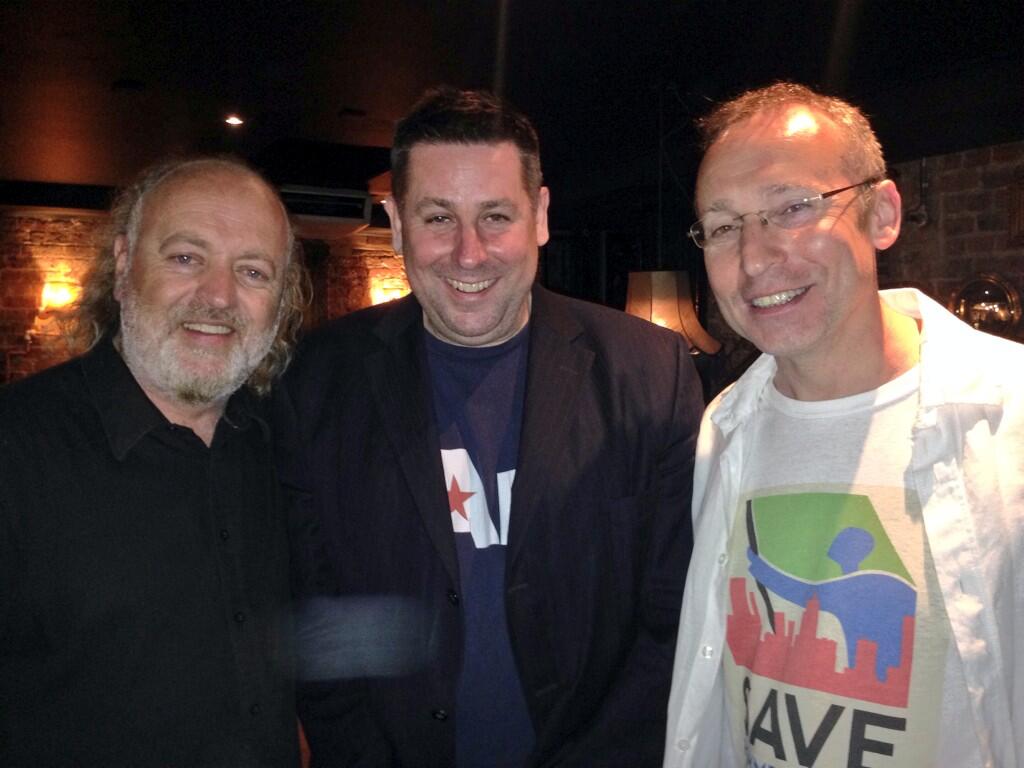 And a big thank you to Hammersmith Labour Party members and affiliates who unanimously reselected me as their candidate for the General Election next May.

Friday I was back in Larmenier to congratulate the school council on inventing a new healthy meal -; the Chock-a-Block Chicken Wrap.  And of course to eat it. 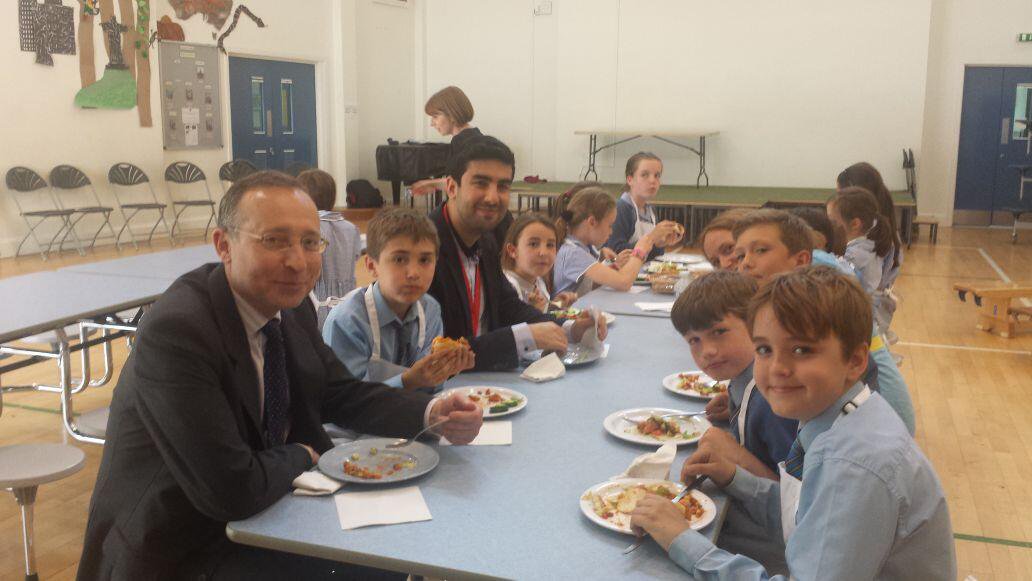 On Tuesday evening I attended the last performance of The Rain that Washes at Riverside Studios in Hammersmith. The play was written and staged by the excellent Chickenshed theatre company, and tells the story of a young man growing up in Zimbabwe during the independence struggle.  It was inspired by the life story of Christopher Maphosa, Chickenshed’s building supervisor.