Come and join the protest and help save our NHS

On Thursday night Imperial Healthcare Trust, which runs Charing Cross, Hammersmith and St Mary’s Hospitals, published details of their plans for the three sites. It amounts to the biggest hospital closure programme in the history of the NHS.

This Wednesday the decision will be approved by the Imperial Board when they meet at Hammersmith Hospital.

Join the protest outside the main entrance to Hammersmith Hospital in Du Cane Road, W12 0HS, from 9am this Wednesday the 30th of July -; come along to have your say on our local NHS. If you can, stay for the Board meeting, which is held in public and will make the decisions. Ask for directions to the Oak Suite, W12 Conference Centre, Hammersmith Hospital.

These are the proposals the Board meeting will consider:

In February 2013 plans to sell the whole Charing Cross site save for a clinic on 3% of the land were met with outrage and the local NHS promised to go away and think again.  Their original timetable -; to report back by October last year -; slipped month by month and Imperial took over the lead in developing plans.  At the end of October Health Secretary Jeremy Hunt confirmed his wish to close Hammersmith A&E but said Charing Cross would ‘continue to offer an A&E service’.  However the situation remained very unclear and the truth was held back in part to help the Conservatives in the local elections in May.

Now we have the final proposals and they are worse than we were recently led to believe.  Charing Cross will close as a major hospital.  It will be reduced to a primary care centre with some day surgery and treatment services. This is simply unacceptable to many west Londoners and we are going to keep fighting to save Charing Cross which has been a landmark London hospital for almost 200 years.

More than half the Charing Cross site will be sold, the existing hospital demolished and new building will provide less than a quarter of the  current floor space.  All consultant emergency services will close or go elsewhere. The present 360 inpatient beds will fall to just 24.  The biggest betrayal is the loss of the A&E.  Far from continuing ‘to offer an A&E service’ as Hunt promised, Imperial confirm that A&E will ‘move out’ of Charing Cross under their plans leaving ‘an emergency service appropriate for a local hospital’.  This means an urgent care centre staffed by GPs and nurses. 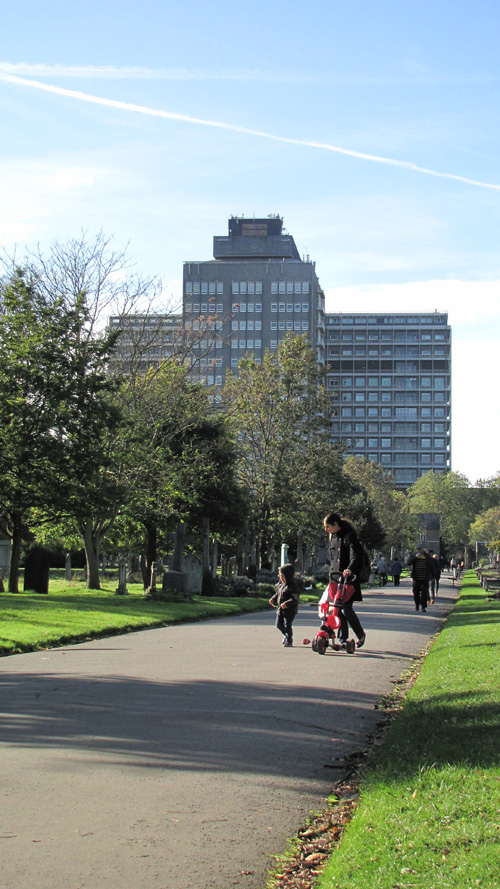 The immediate crisis is the closure of the two A&Es at Hammersmith and Central Middlesex.  Imperial admit that there is a risk that this will ‘compromise performance against the 4 hour waiting time standard’.  A&Es are already at capacity and the thought that two will close immediately and another two -; Charing Cross and Ealing -; within the next few years is grotesque.  Development is at an all-time high with the population expected to grow by 10% in the next ten years.

22,000 people attend Hammersmith A&E every year, mainly from White City, East Acton and North Kensington, some of the poorest areas of London with the worst health outcomes. Now they must either put up with a second-class service or make the difficult journey to St Mary’s Paddington where A&E waiting times already breach the four hour standard.

To suggest that services are ‘changing’ rather than closing is misleading and dangerous. This closure programme, the biggest in NHS history, has been subject to spin and concealment by the local NHS and the Government throughout. The A&E closures at Hammersmith and Central Middlesex Hospitals were announced the day after the local elections.

Despite a £300,000 PR spend, two months later no publicity has been undertaken.   Now my constituents are being insulted by disingenuous nonsense about ‘changing’ and ‘transforming’ when the services are simply being shut down.  The result could be that people will continue to go to Hammersmith Hospital after 10 September believing there is an A&E on site, with the possible tragic consequences we have seen at Chase Farm.

With a further £207m to save from their budget over the next five years on top of £127m saved in the past three these are cost-driven decisions and the blame for them lies with the Coalition Government and the Health Secretary.

The destruction of the NHS in Hammersmith & Fulham is the most serious challenge facing us. Please pass this on to your family, friends and neighbours and please let me know your views to I can represent them locally and in Parliament. The Save our Hospitals campaign will continue to fight – why not join them?

I believe we can make the Government- or if not this one the next – think again about the future of Charing Cross.