Closing A&E departments is never going to be popular, but the way this week’s decisions on the future of west London hospital services was taken was also insulting and misleading.

The Health Service Journal summed up the plans approved by Imperial Healthcare Trust on Wednesday as a ‘selloff’ of ‘huge tracts of land’, ‘downgrades and the closure of services at Charing Cross ‘. 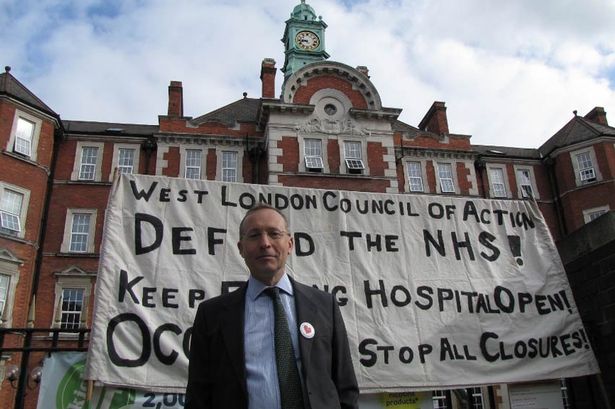 The several hundred health service campaigners who attended the decision-making meeting at Hammersmith Hospital were rather more animated. Not surprising given this was the biggest ever closure of hospital services in the history of the NHS. According to the reports -; which the Board agreed with less than 30 minutes discussion:

Other local hospitals do not fare much better. Over the three main Imperial sites there would be a net loss of 170 beds. 45% of the St Mary’s Paddington site and all of Western Eye Hospital also will be put up for sale with site disposals estimated to raise total of £270m.

Whatever you think of these proposals, Imperial does not want to know. There will be no public consultation on the plans for Charing Cross and St Mary’s. Nor do they care about adequately informing you. Public information on the closure of Hammersmith and Central Middlesex A&E has not started, six weeks before closure, but £300,000 has been paid to PR consultants, including £55,000 to M&C Saatchi.

The leaflets to be distributed in west London in August say the A&Es are ‘changing’ not closing. Labour Leader of Hammersmith & Fulham Council, Stephen Cowan, called the spin coming from Imperial ‘Orwellian’.

The decision-making itself was farcical. I arrived at the meeting about ten minutes after it had started (but over an hour before the closures were to be discussed) with a group of about 20 mainly elderly and disabled constituents. Four burly security guards blocked our way and the security manager told me we could not go in as we were late. I’ve experienced this at the theatre before but never, in 30 years of attending them, a public meeting. 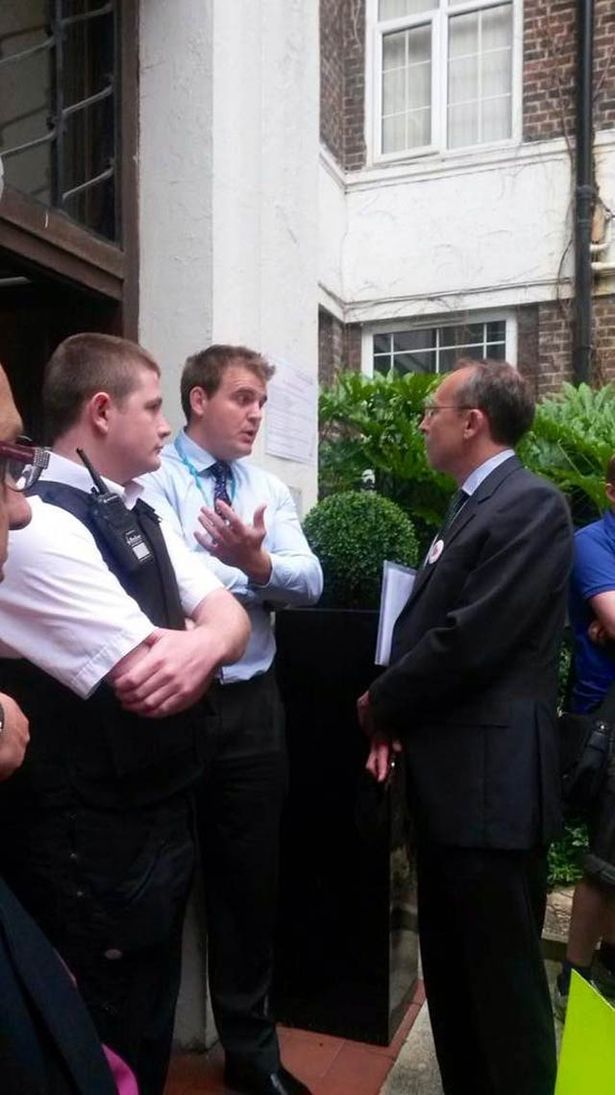 I rang LBC and described to them live on air what was happening, Imperial’s press officer twigged and within minutes I was being welcomed into the meeting.

We went from farce to tragedy. When the item on demolition and sale of sites came on, the only questions from Board members were about how quickly they could spend the money from land sales and whether the people who had already said they supported the closure (those with a vested interest) still did.

One sensible question -; how could they carry out planned surgery at Charing Cross safely with no A&E -; was turned around to be an advantage: no irritating emergencies to bump scheduled operations.

The Chairman intervened to remind his colleagues this was about clinical need not finance.

The public present dissolved in laughter. They may have read in the report that Imperial have a funding gap of £334 million a year of which only £127 million has so been found.

Public questions were more exacting but met with no or inadequate answers. We still do not know what emergency service will be at Charing Cross but it will not be an A&E as any normal person understands the term. And the assertion that 80% of emergency cases will still be able to go there is at odds with the figures that show 40% of current patients need A&E rather than the urgent care centre.

Although there is little that can now stop the closure of the Hammersmith and Central Middlesex A&Es, the battle for Charing Cross is eminently winnable. It is a six year programme, and it will take at least the first year to get treasury approval for the financing of the deal.

Imperial will also need consent from the Council for demolition and redevelopment of the site, but the new Labour administration ran on a platform or defending the hospital and opposing luxury flats being built on the site.

In the end this is a political decision and the buck stops with Jeremy Hunt and David Cameron. It is they who will have to defend the decision to demolish one of London’s oldest and best hospitals and a downgrading of acute health services across west London at a time of unprecedented and growing need.