Gone are the days when summer was a period for rest and relaxation. In Hammersmith the busy people at Imperial NHS Trust, on the instructions of Health Secretary Jeremy Hunt, have been pushing full steam ahead with their plans to close huge swathes of our local health service. 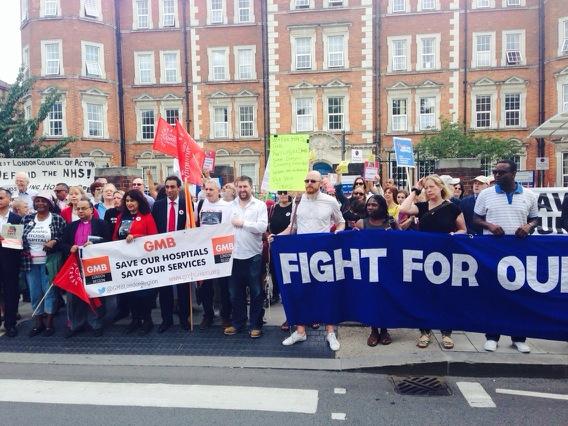 On 30 July, the Imperial Board met to decide the future of A&E services in the borough. The public meeting quickly descended into farce after members of the public (including me) were refused entry by heavy-handed security guards. One quick-thinking campaigner quickly rang up LBC, and I was put live on radio, stuck outside the hospital. Magically, that got us in.

But, despite the protest, the decisions to go ahead with the closures were nodded through in under 30 minutes. I’ve written more about the decision and what it means here.

They’re not ‘closures’, according to Imperial who spent £400,000 on PR, including hiring M&C Saatchi. What does £400,000 get you? Remove the word ‘closures’ and substitute ‘changes’.  Not only pathetic and wasteful but positively misleading.

We also learnt that Imperial hopes to double its £39 million annual private income, while cutting the number of inpatient beds at Charing Cross from 360 to 24.

Stefano Hatfield wrote an excellent article in the Independent about the double-speak that has been an ongoing feature of the way Imperial NHS Trust has chosen to communicate with local people.

Some of you may remember that residents in Edmonton fought a similar campaign against the closure of the A&E at Chase Farm. Like us they were given assurances that there would be improved care, and that those needing emergency treatment could travel to North Middlesex hospital. As the campaigners predicted, North Middlesex is now struggling to cope, with 40,000 extra patients coming through the doors. Nurses have reported that their workload has ‘increased significantly’ since the closure of Chase Farm.

This worrying report was given extra weight by the experience of Conservative MP David Burrowes, who told the Mail that he waited 12 hours on a trolley at North Middlesex, saying that beleagured staff were ‘run ragged’.

I felt I had to tell residents who use Hammersmith Hospital the truth -; that the A&E there is closing on 10 September -; so I wrote a letter to residents explaining the situation. I have had hundreds of responses in support of the Save our Hospitals campaign, from local residents who are standing with us against these closures. The bigger battle to save Charing Cross Hospital from demolition is only just beginning.

Fantastic news for H&F as the exam results came through recently. Well done to all those who got the grades they were hoping for.

H&F Students beat the national average for A-A* grades, with 27% of pupils earning these highest grades.

William Morris Sixth Form showed a 4% increase in the number of pupils achieving an A*-C pass rate. Meanwhile Phoenix High School saw 85% of pupils getting A*-E grades at A Level, while pupils attaining A*-E  AS Levels leapt by 17% – from 53% last year to 70% in 2014. 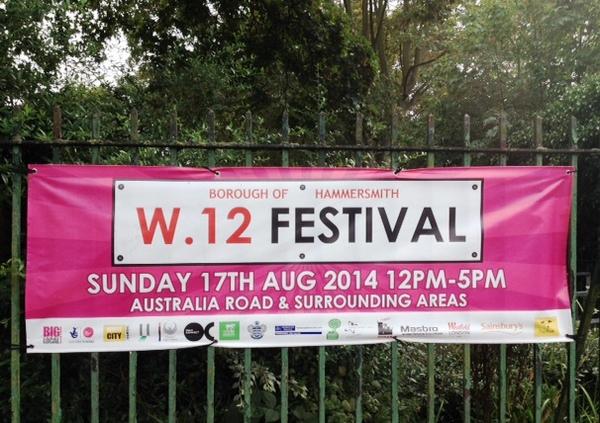 On Sunday 17 August I spent the day at the W12 Festival held in White City. I was joined by local Councillors Larry Culhane, Max Schmid and Sue Macmillan. Over 1,000 people attened the event, which was opened by LBHF Mayor, Cllr Mercy Umeh.

Two live stages provided the music for the event, and the musicians were joined by belly dancers, a dog show, and lots of stallholders selling food and drink.

Visit to the Disabled Living Foundation

I recently visited the Disabled Living Foundation, a charity based in Hammersmith that provides advice, information and training on independent living. During my visit I was shown assistive technology for people with disabilities and learnt about the work they have done during their 40 year history. Anyone can make an appointment to try out a range of equipment before they buy.

Southern Housing deserve a lot of credit for this; the only pity is that 30 of the homes must be sold privately as the Conservative government has cut the subsidy that used to be available to help fund such schemes. 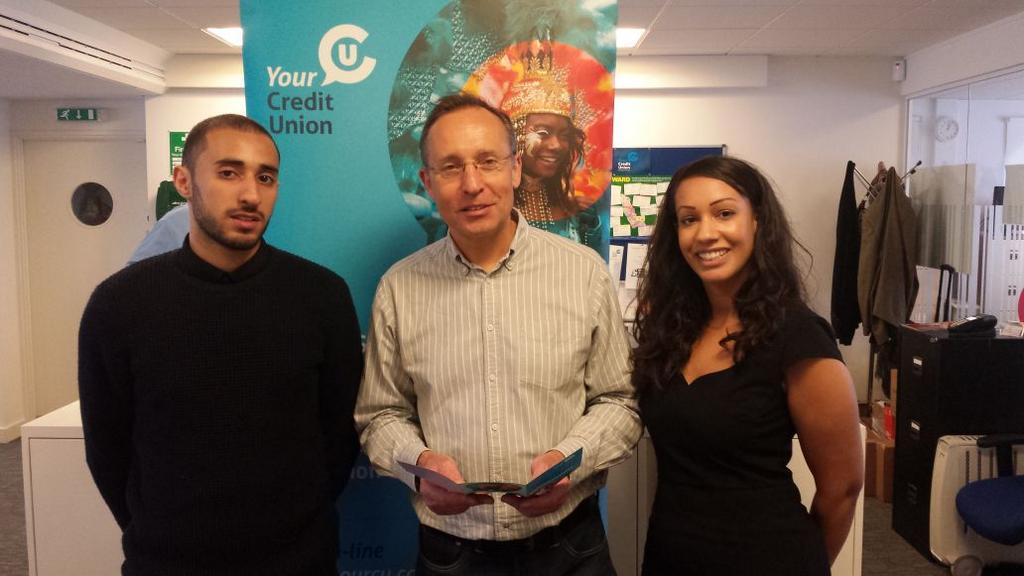 Yesterday I visited Your Credit Union, a small, cooperative credit union based in Kensington. I signed up and became their latest member.

Your Credit Union aims to provide sensible and socially-minded financial products to help people manage their finances responsibly. They are an excellent way to fight the loan sharks and pay-day lenders that have unfortunately done so well in the aftermath of the financial criss.

I hoped I’d escaped this, but it caught up with me eventually. I was nominated to do the rubble bucket challenge, and on a wet Tuesday afternoon I had a bucket of sand and rubble poured over my head by my staff, who were a bit too eager to oblige.

The rubble bucket challenge is Gaza’s answer to the ice bucket challenge. Ice and water are precious resources in the Gaza strip, and far to valuable to be poured on someone’s head so Palestinians swapped it for a resource that very sadly is far too plentiful: sand and rubble.

I have received many hundreds of e-mails from my constituents about the Israeli attack on the Gaza strip, and I wanted to help raise awareness of the plight of 1.8 million Palestinians who are in a desperate situation. I encourage everyone to donate to the Disasters Emergency Committee, who are providing humanitarian assistance to those whose homes hav
e been destroyed.