Two A&Es closed in west London this week -; but the fight to save our NHS goes on

Wednesday was a black day  for the health service in west London as Cameron and Hunt went ahead with the closure of Hammersmith & Central Middlesex A&E departments.  As revealed by the Evening Standard on Wednesday the closures are happening as Imperial -; the Trust that runs Hammersmith, Charing Cross and St Mary’s -; is making losses of almost £2 million a month, confirming suspicions that they are needed to balance the books.

When the proposals to close the A&Es -; and downgrade Charing Cross and Ealing Hospitals –  were first announced two years ago we were told the local health service  would go bankrupt without these cuts -; the biggest in NHS history.

I spoke to protest meetings outside both hospitals.  At Hammersmith some of the campaigners had carried out an overnight vigil to mark the first time in living memory there has been no A&E in the area.  Save our Hospitals were delighted by the overwhelming public support for their actions.

At last the closures in west London seem to be getting national attention. The Mail on Sunday launched a powerful attack on David Cameron, calling him out for a personal lack of integrity and honesty in his cynical pre-election pledge that Charing Cross would keep its A&E department -; something he knew to be false.

Jeremy Hunt was given a rough ride on LBC by west London residents and clinicians.  The Labour Leader of Hammersmith Council, Cllr Stephen Cowan, has written to the Chief Inspector of Hospitals to ask him to investigate Imperial’s finances.  This is particularly critical as they are seeking Foundation status to allow them to buy and sell land and asking the Treasury to bail out their scheme to the tune of £400 million.

The spirit that led Labour to set up the NHS was alive and well in Trafalgar Square on Saturday however, as the March4NHS arrived accompanied by supporters from all over the capital. 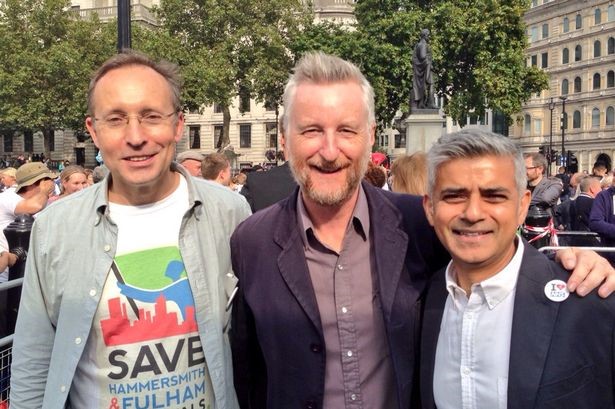 The march was the idea of a group of mums from Darlington who have followed the route of the original Jarrow marchers for the past three weeks, covering 300 miles and bringing the message that the NHS is in danger to towns and cities on the way. It was a real privilege to speak to the crowd of thousands in Central London, alongside Shadow Health Secretary Andy Burnham, Shadow London Minister Sadiq Khan and musician Billy Bragg.

Around 100 Save our Hospitals members travelled from Lyric Square on an open-topped bus after holding their own event there -; a ‘die in’ which attracted TV and radio coverage about the A&E closures.

Finally, can I urge everyone to support the Bill to stop the privatisation of the NHS which my friend Clive Efford, Labour MP for Eltham, will be taking through Parliament in November. You can sign his petition supporting the Bill here.

Transport for London and HS2

By coincidence both the latest route for HS2 and TfL’s plans to start developing its land across London were debated in Parliament on Tuesday.  Nowhere is more affected by both these schemes than this constituency.

I support HS2 but wish to see both the local environment protected and the massive residential development of Old Oak planned on the back of it benefit local people.  You can read my concerns with the way the scheme is progressing here.

Of more immediate worry, because of the disastrous development of TfL’s  land at Earl’s Court, is their plan to enter into secret deals with developers.  They claim this is necessary so they can keep an interest in land and profit from its growth in value.

And yet they did the opposite when they sold Shepherds Bush Market to a developer earlier this year who is now trying to replace shops and stalls with high-rise luxury flats.  The truth is every TfL land deal, while under the control of Boris Johnson, is a bad deal for local communities and fare payers and good news for developers.

Even when they try to negotiate they end up taking all the risk for no control and a small share of the profits. With the aid of other MPs and local residents I raised these and other concerns in a lively debate.  You can read my speech in Westminster here. 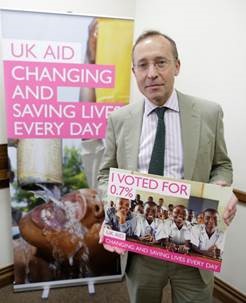 Last week I talked about Private Members Bills giving backbenchers opportunity to put forward some decent legislation. Last Friday we handed the Tories a stunning defeat on the hated Bedroom Tax and today we embarrassed most of them into supporting the  International Development Bill.

Putting into law the UK’s commitment to give 0.7% of GDP in overseas aid was a Labour initiative which the Tories said in their manifesto they would honour. But when the list of Bills for this last session of Parliament were published  it was clear there were going to break that promise.

Now a backbench Bill supported by Labour looks set to hold them to their word.  Today it got a Second Reading with only a handful of right-wing Tories voting against. You can follow the Bill’s progress by using the #TurnUpSaveLives hashtag on Twitter or on my website.

A lobby of MPs on Tuesday organised by Palestine Solidarity brought 1600 people from around the country to raise the plight of the people of Gaza following the Israeli attack that killed over 2,000 mainly civilians and destroyed much of the infrastructure.

I spoke to several hundred people at a rally following the lobby along with a dozen other MPs and Peers.  There are signs that the UK Government is already selling out by not pressing for the siege of Gaza to be lifted.  Unlike Labour , the Coalition refuses to recognise Palestine as a state.  And while they condemn the continued expansion of illegal settlements on Palestinian land, they do nothing to censure the Israeli government and indeed continue to supply arms.

The matter of recognition will come to a head in October as my colleague Grahame Morris MP has secured a debate on the issue which will be voted on by all MPs.
I also raised questions about the increasing likelihood of the bombing of ISIS to extend into Syria, but got a rather complacent response from the Foreign Office.

Despite what the Minister has said
about not recognising the Assad regime, does he not accept that any intervention in Syria will require the tacit, if not overt, consent of the Syrian armed forces? Can he not think in advance of such matters and of the matters of illegality raised by my hon. Friend the Member for Ilford South (Mike Gapes), the former Chair of the Foreign Affairs Committee, as well as of the high risk of civilian casualties, before taking any precipitate action? Otherwise, we will be in the same position as we were last summer.

All these questions to do with the efficacy, the logistical and military challenges and the legal position with regard to any particular military intervention in any part of the world will be considered very carefully. If the Government decide to undertake such military action-I repeat that we are not at that point at the moment and nor have we been asked to make a particular military contribution-they would at that point come and explain their case in full to the House.

‘We look to Scotland for all our ideas of civilisation‘

The French philosopher, Voltaire spoke those words about Scotland during an incredible period in Scottish history known as the Scottish Englightenment.

These words can seem strange to many people in England, as we are often guilty of seeing Scotland as a caricature, a land of deep-fried mars bars, kilts, bagpipes and unpronounceable place names. To see Scotland like this, or to see the Scottish independence movement as fueled by memories of Bannockburn and dislike of the English is to miss the point of the debates that have been taking place in Scotland in the run up to the vote on independence on the 18th. 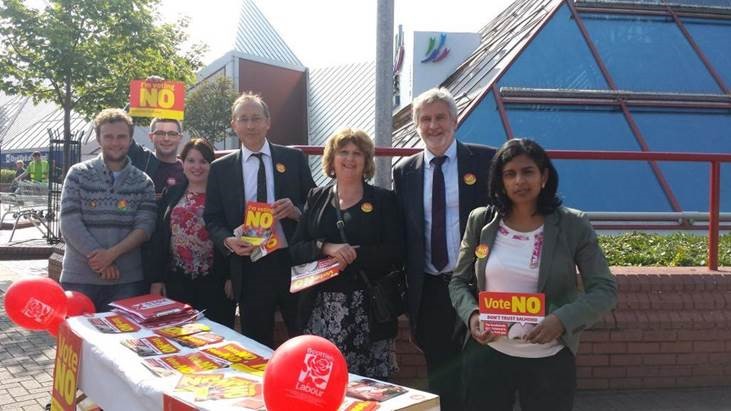 On the 1st of May 1707 the two Acts of Union took effect and Scotland and England joined in a political union. It was an unpopular decision in Scotland; as Scottish politicians left the Scottish Parliament after voting for the Union, members of the public threw excrement at the carriages. Scotland itself had just come through a period of great social and religious upheaval; only 10 years earlier the powerful and fundamentalist Church of Scotland sought the execution of Thomas Aitkenhead for blasphemy.

However, the Scots quickly saw the opportunities granted by the Acts of Union and took full advantage of the benefits it offered. The tobacco Lords in Glasgow quickly outwitted and out-traded the English merchants, and brought new wealth to the city. Glasgow and Edinburgh universities flourished and became hotbeds of modern and revolutionary thought. Oxford and Cambridge universities were left far behind, with the great Scottish thinker, Adam Smith, saying, “In the University of Oxford, the greater part of the public professors have, for these many years, given up altogether even the pretence of teaching.” Scotland was full of political debate, and joining a debating club was seen as a mark of being a civilised person. Robert Burns formed once such club in Tarbolton in Ayrshire.

The press in England has talked about families being ripped apart by the independence movement, of bad-tempered nationalists inspired by too many viewings of Braveheart. It has failed to properly report what is actually happening in Scotland.

Yesterday I campaigned in the east end of Glasgow, and found a country that is alive with debate. Everybody is talking about the referendum. People are talking to each other in shops, at bus stops, in cafes. The debate is lively, heated and passionate. People are talking about economics, how they are represented in Parliament, and about what kind of country they want Scotland to be. The Scots have been having these debates and discussions for months, and it seems that we in England are only beginning to notice.

Voter registration has gone through the roof, and there is a good chance that the referendum will see more than 80% of Scots turning out to vote. Britain has not seen that kind of political engagement in decades, and it is invigorating stuff. 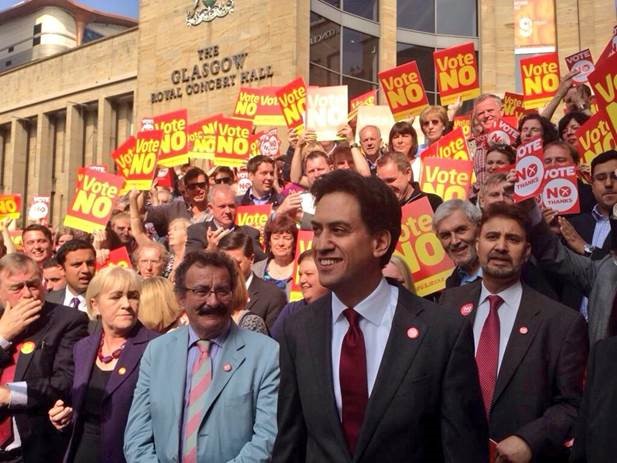 Among all Scots, even among those planning to vote No, there is a real desire for change, and a feeling that the current system in Westminster is not acting in their best interests.

I want Scotland to stay, and I want the Scots to vote No. The Scots have contributed greatly to the Union, and I believe they have benefitted from being in the Union. England will be diminshed by their going.

However, the worst possible outcome for Scotland, and for the UK, would be for Scotland to vote No, and for nothing to change. For Westminster to go back to business as usual and to learn nothing from the debate that is happening north of the border.

Westminster has finally woken up to the reality of what is happening in Scotland, and to the desire for change in both the Scots and the English. I hope that the Scots vote No, and that the whole of the UK can join in their conversation about how we continue to live and thrive together as a United Kingdom.