Hammersmith MP Andy Slaughter and top comedian Bill Bailey have joined forces to support a campaign to end the inequalities men with prostate cancer face. Andy became the latest MP to join the fight after speaking with campaigners at the Labour Party conference in Manchester last week.

Comedian and Hammersmith resident Bill Bailey was already on board after being unveiled as a supporter at a press briefing at The Football League headquarters in London earlier this year. He was inspired to become an ambassador for the cause after his own father-in-law was diagnosed with the disease. 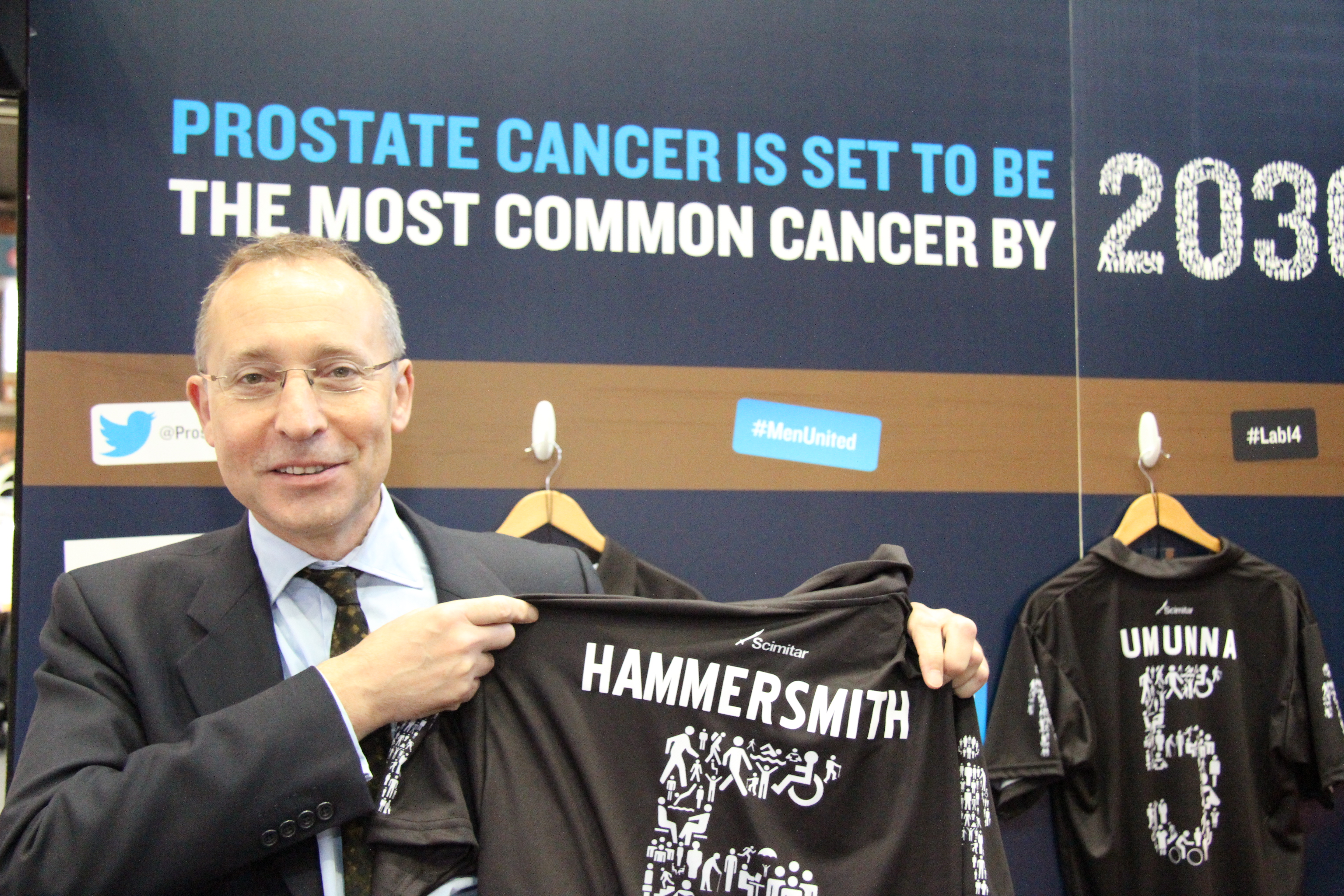 Despite being the most common cancer in men, those affected by or at risk of prostate cancer continue to face a number of injustices, particularly when it comes to access to the best treatments and aftercare support for their condition.

Prostate Cancer UK was at the Labour conference calling for urgent action on these issues. As well as pledging long term commitment to helping bring about real change for men, politicians were being asked to show their support for the charity’s game plan by signing up to Men United -; a new team which seeks to unite people across the UK against the common enemy of prostate cancer.

Hammersmith MP Andy Slaughter, said: “This is such a great cause and it is a real pleasure to throw my weight behind the campaign. I urge everyone in Hammersmith to get behind Men United and help us raise awareness of prostate cancer.”

Men United Ambassador and comedian Bill Bailey, said: “One in every eight of us will get prostate cancer. It’s a deadly game but the message is, ‘we can win this’. Men United is about blokes wising up to their risk, manning up to face it, and stepping up to demand better care.”

– For more information on the injustices faced by men living with or at risk of prostate cancer go to: www.prostatecanceruk.org/inequalities

– Anyone with concerns about prostate cancer can call Prostate Cancer UK’s confidential Helpline on 0800 074 8383 or visit www.prostatecanceruk.org -; the helpline is free to landlines, staffed by specialist nurses, and open from 9am to 6pm Monday to Friday with late opening until 8pm on Wednesdays.

          Men United v Prostate Cancer is our call for men to join together in a movement against the common enemy of prostate cancer. The aim is to build a united front of men against this disease. We want to get the message out about one of the UK’s biggest man killers, support men affected by it, and intensify the search for more reliable tests and treatments for the future.

          Men are being asked to sign for Men United by visiting www.prostatecanceruk.org/menunited where they can also test their health knowledge by taking a quick quiz.