Debating the NHS and Palestine

On Wednesday Parliament had its first chance since the summer to debate the crisis in the NHS.  For me it was an opportunity to update  a wider audience on the situation in west London, where we are not only undergoing the biggest hospital closure programme in the history of the NHS but are widely seen as a guinea pig for the rest of the country were the present Government re-elected.

You can read my speech here.

While we are monitoring weekly the effect of the Hammersmith A&E closure, the main focus -; as questions to the NHS at the Council’s scrutiny committee earlier this month showed -; is on what their latest plans are for Charing Cross.

It will have “emergency services appropriate for a local hospital”.  No one -; including the hospital’s own management –  knows what that means, but we do know that a hospital that has only primary care and treatment services cannot sustain an A&E department.

In the interests of safety, as well as honesty, it would be better if the Government told us what would be left at Charing Cross after demolition and sale of half the site.
Better still, given these are radically different proposals from those announced two years ago, the public should be consulted.  In the debate I quoted from Save our Hospitals Secretary Anne Drinkell asking for just that in the Standard. You can read her full letter here and sign the 38 degrees petition asking for consultation here. 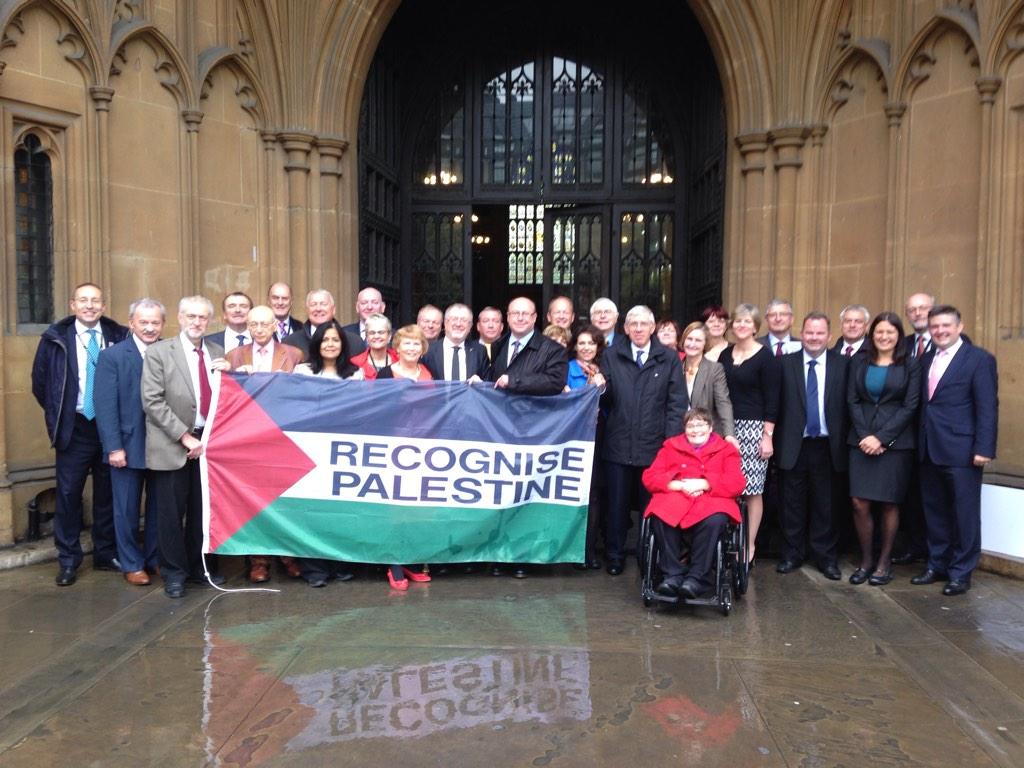 On Monday, Parliament made history by voting to recognise the state of Palestine.

The motion was carried by 274 votes to 12.  As it was proposed by backbench MPs, there was no ‘whip’ to attend but 195 or 80% of Labour MPs did vote for recognition, with none against.

The vote has made waves around the world, in Europe, the Middle East and the US. However, the Coalition Government has refused to follow the will of Parliament. It will therefore fall to the next Labour Government to implement recognition.

There is much more to be done simply to re-start negotiations on ending the occupation and pressure needs to be brought on Israel to stop building illegal settlements in the West Bank and lift the siege of Gaza.

As the former chair of Labour Friends of Palestine and Secretary of the All-Party Group, I spoke in the debate and wrote about the significance of the vote in the New Statesman and the Independent. You can also read the full debate and my speech here.

William Morris Sixth Form (WMSF) in Baron’s Court was set up in 1994 as the Country’s first school dedicated to providing education to 16-19 year olds. At the time there was a lack of post-16 institutions that offered both a broad education and pastoral care.

I helped found it and have been a Governor from then until now.

Founding WMSF was one of the proudest achievements of my 20 years as a councillor here . Earlier this year I wrote about how the school is one of the top schools in Britain for social mobility, and I was very happy to see the school’s brilliant A-level results this year.

Like other schools WMSF was pressed to become an academy by the previous Tory council. While academy status suits many schools, this should be a free choice.  However, the Tories would only grant the land WMF needs to expand if they agreed to convert.

I am pleased the new Labour Council gave the land to the school without condition as there are almost 800 pupils now attending, twice the original number. The governors voted this week by 11-1 to keep the school under local authority control, a vote of confidence in the new administration.

Fall out from Market axing begins as developers come to town

I disclosed last week how shopkeepers and small traders in Shepherds Bush Market had been stitched up by the Government, as the planning minister overturned an independent report from his own Planning Inspectorate to allow a terrible overdevelopment of luxury flats on the Market site.

This political fix which will ruin one of our most famous landmarks and hundreds of small businesses is featuring on the London section of the Sunday Politics.  Watch it on BBC One at 11am-12:15pm. There is also likely to be a legal challenge to the Minister’s clearly unreasonable decision. 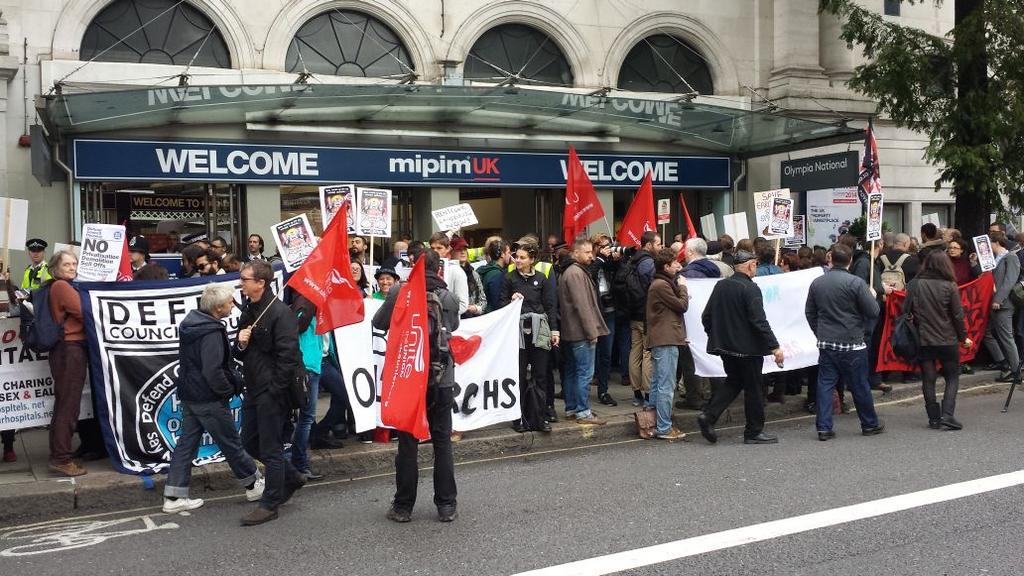 To prove they were the developers’ friend the Tories had prepared to welcome the world biggest property conference to Olympia this week -; but then they lost the election. Stuck with a £9,000 stand and no refund available, Labour Counci
l Leader Stephen Cowan used it to promote building affordable social homes and to protect Charing Cross and the market from development.

Meanwhile outside I joined hundreds of demonstrators calling for decent affordable housing in London.  Perhaps, given their reception, next year they will take the conference back to Cannes (which the Tories so enjoyed attending).

On a more positive note, the Labour Party published its plans for housing this week, the Lyons Report, a practical and well-received plan to build 200,000 needed homes a year.

Last Friday I welcomed several hundred people to ‘Somalia’s Got Soul’ a concert of music, poetry and song at Hammersmith Town Hall to raise money for the famine and drought that is once more overtaking East Africa. The event featured performances from some of Somali best musicians including Ahmed ‘Hudeydi’ Ismail Hussein, a world-renowned player of the oud -; and Hammersmith resident. You can listen to some of his music here. 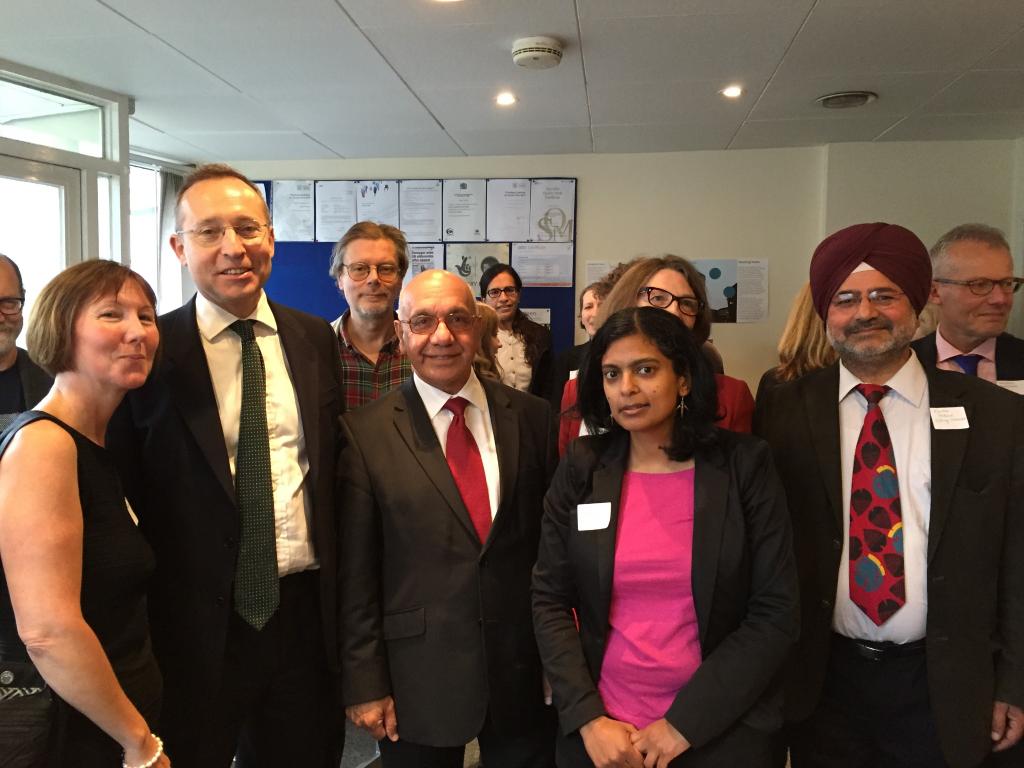 I also spoke at the official opening of Ealing Law Centre. Given the devastating cuts in Legal Aid and local government funding for advice services, it is a miracle to see a new Centre opening when so many are having to close. The Law Centre provides high quality legal advice service in immigration and housing law and is the only not for profit legal aid provider based in Ealing.  Its success is a tribute to the staff, Ealing council and many other backers -; not least our own H&F Law Centre’s Sue James.

This week I attended a reception held at the House of Commons by Shared Lives Plus. This wonderful organisation works to create alternative lives for adults with learning disabilities. Shared Lives carers share their home with adults in need of support and care and I’m pleased to hear H&F Council is piloting one of their schemes

Elsewhere I met the residents’ association on William Church Estate to try and sort out anti-social behaviour and parking problems, viewed the latest proposals for the controversial Nomis Studio development in Sinclair Road, attended the opening of the Earl’s Court Free School and met Kensington & Chelsea council to discuss the concerns of Travellers with the inadequate Westway site.