One month ago Hammersmith and Central Middlesex A&E departments closed, on the instructions of the Coalition Government.  Already performance levels for A&Es has fallen off a cliff in west London.  It is now the worst performing part of the NHS.  In some weeks Imperial NHS Trust which runs Charing Cross and St Mary’s Paddington is seeing barely more than 80% of patients within four hours against an expected 95%.  Northwick Park, which is in a state of meltdown according to clinicians there, has fallen as low as 66%

But Chelsea & Westminster, Ealing and West Middlesex are also all struggling to cope. 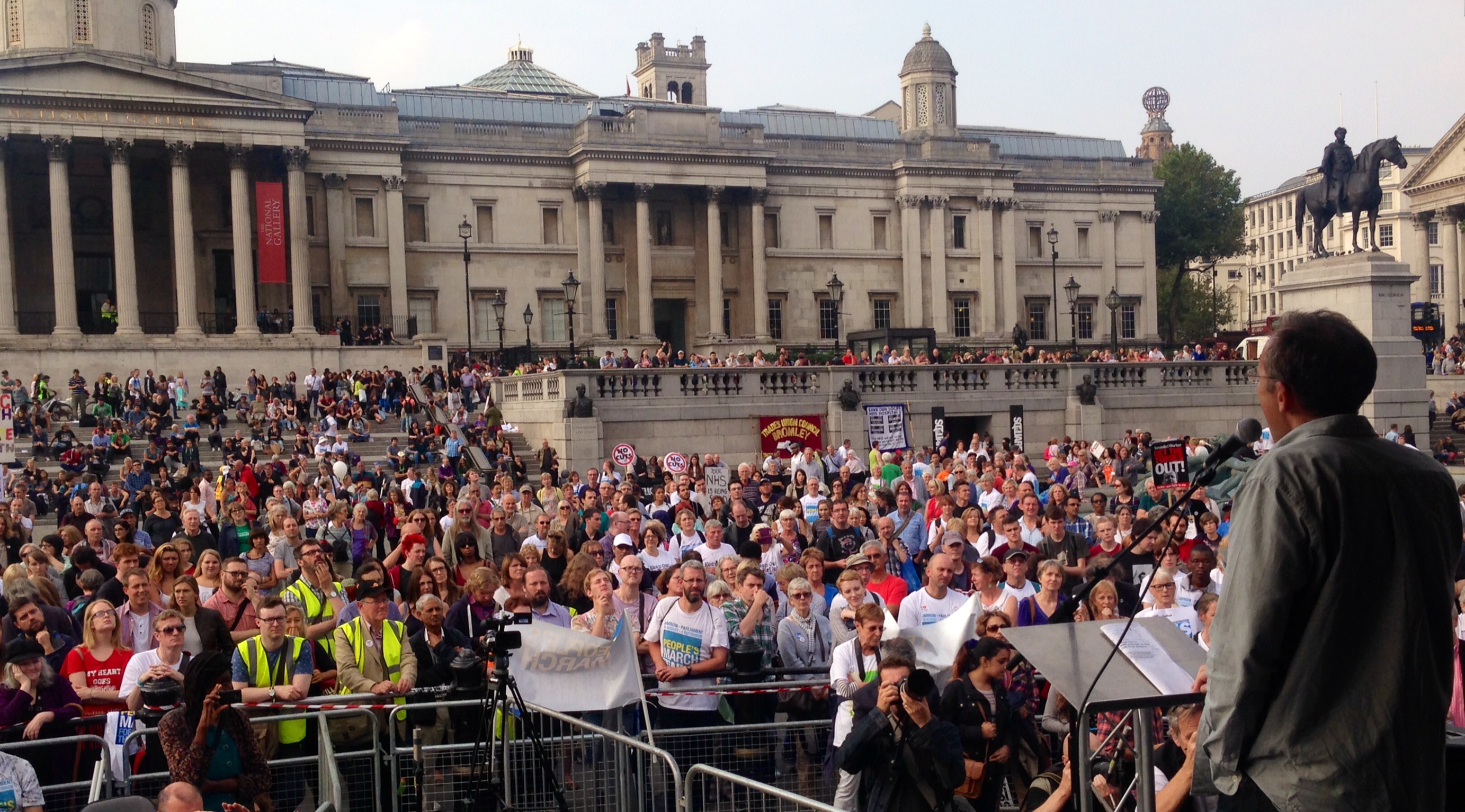 The only surprise here is that that the Government seem surprised!  They certainly do not know how to cope as winter approaches.  Today the advice from the Medical Director was -; don’t go to A&E, visit the chemist!

This is, of course, exactly what was predicted by the Save our Hospitals campaign, but perhaps even they thought the crash would take months rather than just four weeks.

There is concern about waiting times but also concern about standards, as the Care Quality Commission Report into Chelsea & Westminster showed last month.

So where do we go now?  The Tory-led Government and Imperial have to admit that their programme of hospital closures for west London -; the biggest in NHS history – will not work.  The demolition of Charing Cross and loss of emergency services and 90% of inpatient beds should not go ahead.

We need an independent report into the capacity of North West London NHS. And we need proper public consultation, so that the voices of the people who use and pay for our NHS are finally listened to.

Save our Hospitals have started a new petition, asking that there is a moratorium on closures and hospital reorganisation in West London until proper evidence is provided to support reorganisation, and the public is properly consulted on any changes. I urge you to sign it.

My experience of the past two and a half years since the closures were announced persuades me that ‘Shaping a Healthier Future’ is not about modernising the NHS or making it more efficient, but is simply a way to cut funding and prepare the NHS for privatisation.

So I will be sponsoring my colleague Clive Efford’s Bill to reverse the Government’s privatisation agenda in the Commons next Friday.  You can sign the petition to support Clive’s Bill here.

Saying thank you to a wonderful doctor

With all the bad news about the NHS, it was great to be reminded about why we are so passionate to protect it.

Last week we said goodbye to Dr Deirdre Gallagher who is retiring from Park Medical Centre in Goldhawk Road after 20 years as a local GP -; and my GP.

Deirdre is a legend in the local NHS, but I don’t think even she expected the response from her patients of all ages and backgrounds. Hundreds queued for up to  three hours to say their goodbyes and thank her for the excellent care she has provided during her years in the Borough.

It was an incredibly moving evening and reminded everyone there why we  are prepared to fight to save the NHS which continues to define the fair and compassionate society that we built after the second world war.

It was an immense privilege to lay a wreath at the Shepherds Bush War Memorial last Sunday in memory of all those who have given their lives, suffered injury and trauma to protect our country and its values. 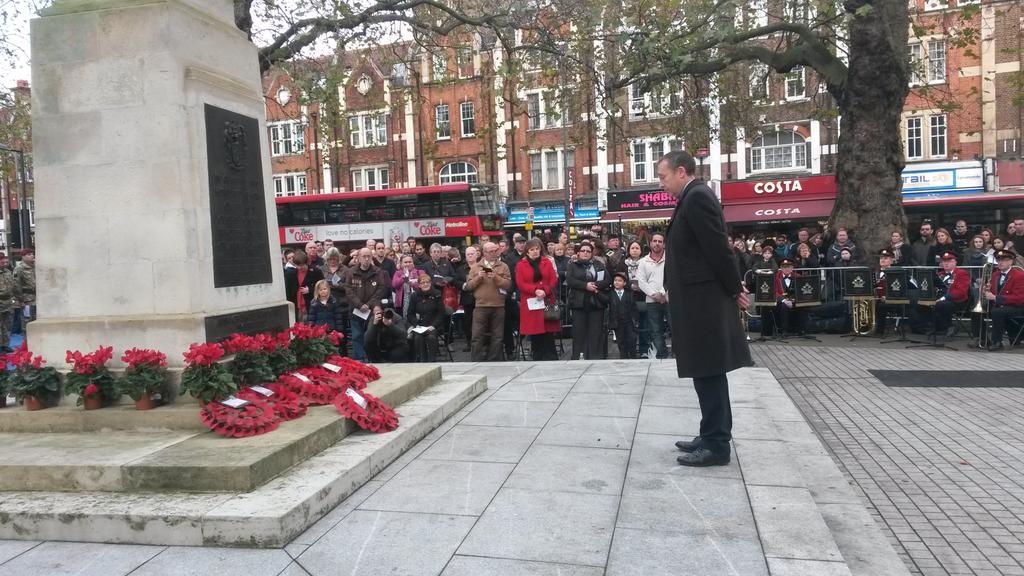 I have attended the services in this area for 30 years now and am heartened by how the numbers swell each year.  Of course the sacrifices of the First World War were prominent in our minds on its centenary year, but it was equally moving to see many veterans from other more recent conflicts attend. We will remember them.

Most civilised people will find it hard to believe that a young woman-a British citizen-could be locked up for months in a foreign prison, simply for wanting to attend a volleyball match! But that is the shocking situation facing one of my constituents. Ghoncheh Ghavami from Shepherds Bush is a promising law graduate whose bright future is now in jeopardy as she suffers in an Iranian prison for something that we would take for granted. A petition calling for her release could soon reach one million signatures.

Her family, as one would expect, have acted in every possible way to try to secure her release, including lobbying the Iranian President in New York and lobbying and meeting members of the UK Government. Her family in Iran are also doing the best they can, but after reports that she had received a one year jail sentence, this week there were rumours of more serious charges for espionage.

I will continue pressing the Foreign Office to treat Ghoncheh’s case with the urgency it deserves. Last week I raised the matter in the Commons in a debate on Iran and was pleased that several other MPs followed suit. It is time to bring Ghoncheh home to Shepherds Bush to be with her family.

Up in the Air?

Earlier this week, alongside fellow west London MPs, I attended a briefing on the latest developments in the fight against a Third Runway at Heathrow. We discussed the revelation that according to the public consultation document issued by the Airports Commission, a third runway at Heathrow could potentially cost up to a staggering £4 billion more than the Airport has estimated. Click here for a full briefing from HACAN on these latest developments.

The Council has set up an independent Commission to look at the issue of airport expansion.  Details on how you can give evidence here. I have also written a short piece for the New Statesman on the issue.  You can read that here.

This week I have met with officials from Thames Water to discuss two controversial schemes taking place locally – the Acton Sewer Tanks and the Counters Creek relief sewer. I also met with the Save Hammersmith Park campaign team to discuss the next steps in how we can protect the area from greedy developers.

If you would like to get involved with either of these campaigns then do not hesitate to get in touch.

20 Years in the Making

Eastside Educational Trust, a leading charity which has been working in our constituency to engage and educate school age children through direct participation in the arts, celebrated their 20th anniversary this month -; so I popped in to say well done. Eastside runs a number of projects spanning all artistic disciplines, including the BFI Film Academy, but today’s event showcased the work of the students participating in the Adobe Youth Voices (AYV) programme, Adobe’s global initiative to increase digital creativity. Well done everyone.

If so, get down to St. Paul’s Church on the Broadway to hear the Addison Singers. They are a 150 strong choir who will be joining forces with the Brandenburg Sinfonia and four excellent soloists to deliver a performance of Verdi’s monumental Requiem. I’ll be there and I hope you will join me for what looks like a great evening.

For more info about the choir or tickets, go to their website.

London needs more power over public services – like the NHS, education and training -; and more power to manage its own finances.

If you agree that London should be run by Londoners, for Londoners, please join our campaign today.

With Hammersmith & Fulham Mayor Mercy Umeh I recently the opening of the new Independent Age offices on Avonmore Road.

With an ageing population, the number of older people needing advice, support and information on the issues they face will only grow. So I was delighted to join Independent Age in opening their impressive new office, where they will expand their work supporting older people throughout the UK through advice, befriending and campaigning.

Some very sad news to end on this week. Bishop Clinton Sealy passed away after a short illness. Bishop Sealy was the former Chair of Nubian Life and an energetic and passionate advocate for the Afro-Caribbean  community. There is a lovely article about his life on the Council’s website, and it has been very heartening to hear about how many people he inspired and helped in my constituency. My thoughts are with his family at this time. 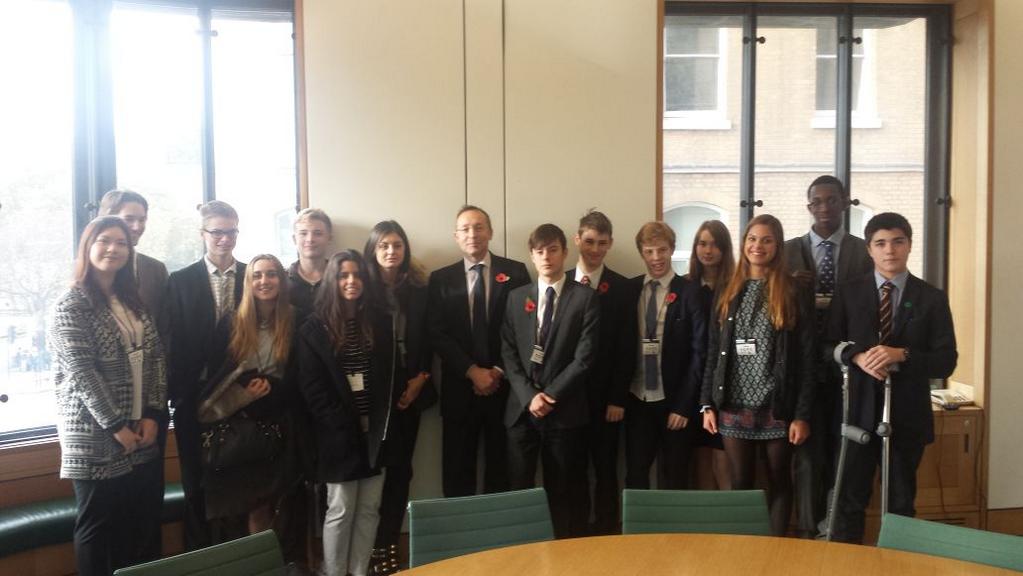 It was great to welcome students from Avonmore Primary and Latymer Upper School to Parliament over the last few weeks. If you would like your school to visit Parliament for a tour or just to see how the place works, please get in touch with my office or with the Parliament Education Resources.