Back the Bill to Save the NHS

Bill to Save the NHS 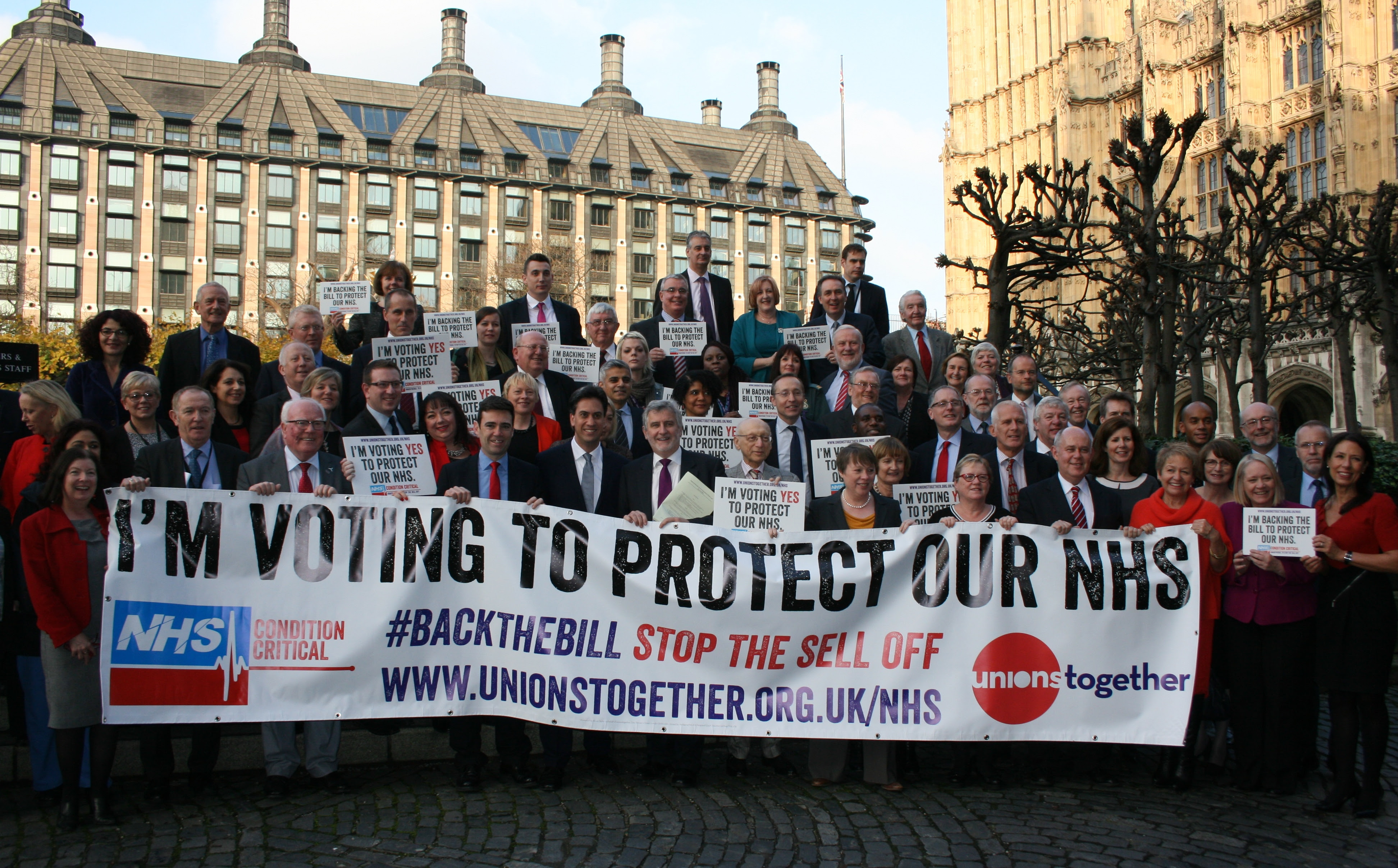 Earlier today I spoke and voted for my colleague Clive Efford’s Bill to reverse the Coalition’s privatisation of the NHS.  Fearing they could not get enough Government MPs to vote it down, Tories and Lib Dems stayed away, but almost every Labour MP attended rather than spending Friday on constituency business and so the Bill passed its first hurdle by 241 votes to 18. Over 500 constituents have written to me in support of Clive’s Bill so far, thanks in large part to 38 degrees excellent campaign.

I am one of ten MPs sponsoring the Bill, which means my name appears on the face of it. 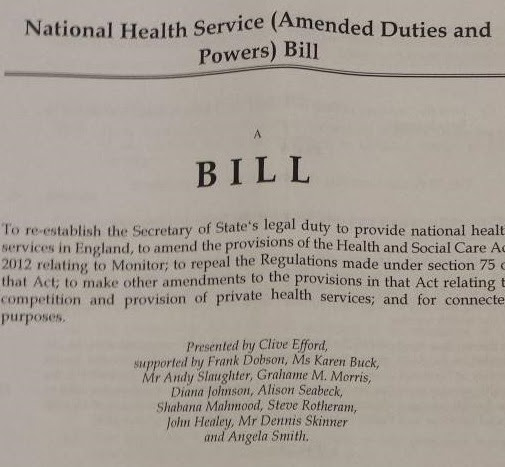 Clive’s speech was one of the best I’ve heard in the Commons, and I got my own opportunity to raise the dire situation in west London.  Since the closure of Hammersmith and Central Middlesex we have been transformed into the worst performing part of the NHS.

“I am very pleased that my name appears on the Bill as one of its supporters because nowhere is it more apparent than in west London what the Tories mean for the NHS. Two A and E departments closed, and within weeks up to a third of patients were not seen within four hours at A and E. Does my hon. Friend agree that unless we get rid of all this Tory legislation, the NHS will not survive?”

Last night I spoke to hardy NHS campaigners at the start of their all-night vigil in support of the Bill.

Earlier in the week I spoke on the NHS crisis in a public debate hosted by the London Branch of the Socialist Health Alliance. The event took place at the House of Commons and also featured Clare Gerada, former head of the Royal College of GPs and GLA member  for Ealing Dr Onkar Sahota.  The hospital closures in west London are fast becoming the number one example of Government NHS failure.

Let’s drink to that!

We have seen it all too often in Hammersmith. Good local pubs being forced to close as a deadly cocktail of greedy pub–owning companies (pubcos)charging rip-off rents and tying tenants into inflated beer prices combine to force landlords to eithers live on poverty wages or go under.

Either the Pubco takes all the profit or they get an empty building they can convert to a Tesco Metro or luxury flats.  Over 20 pubs vanished when the Tories ran Hammersmith, including the Old Parr’s Head in Blythe Road, run by Joe and Betty Hynes for 25 years, but now the Labour Council is defending our locals. 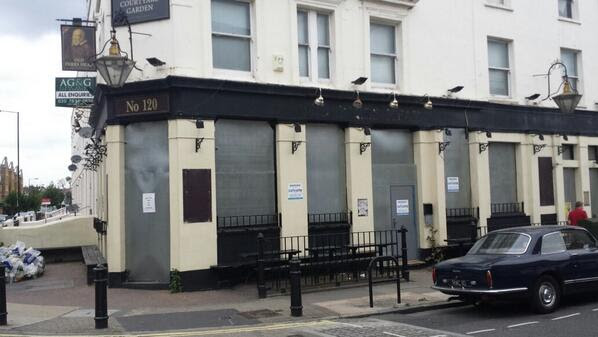 This week I joined fellow Labour MPs in voting to protect local publicans from the predatory practices of large pubcos by backing a newclause to the Small Business Bill. The Government opposed this change but were defeated by 284 votes to 259. This was a big win for the many pub landlords against the few vested interests at the top -; and the first defeat of a Government Bill in the Commons since 2010. I know hope that this vote will go a long way to making sure that people like Joe and Betty can get the proper reward for a lifetime of work and service to their community. 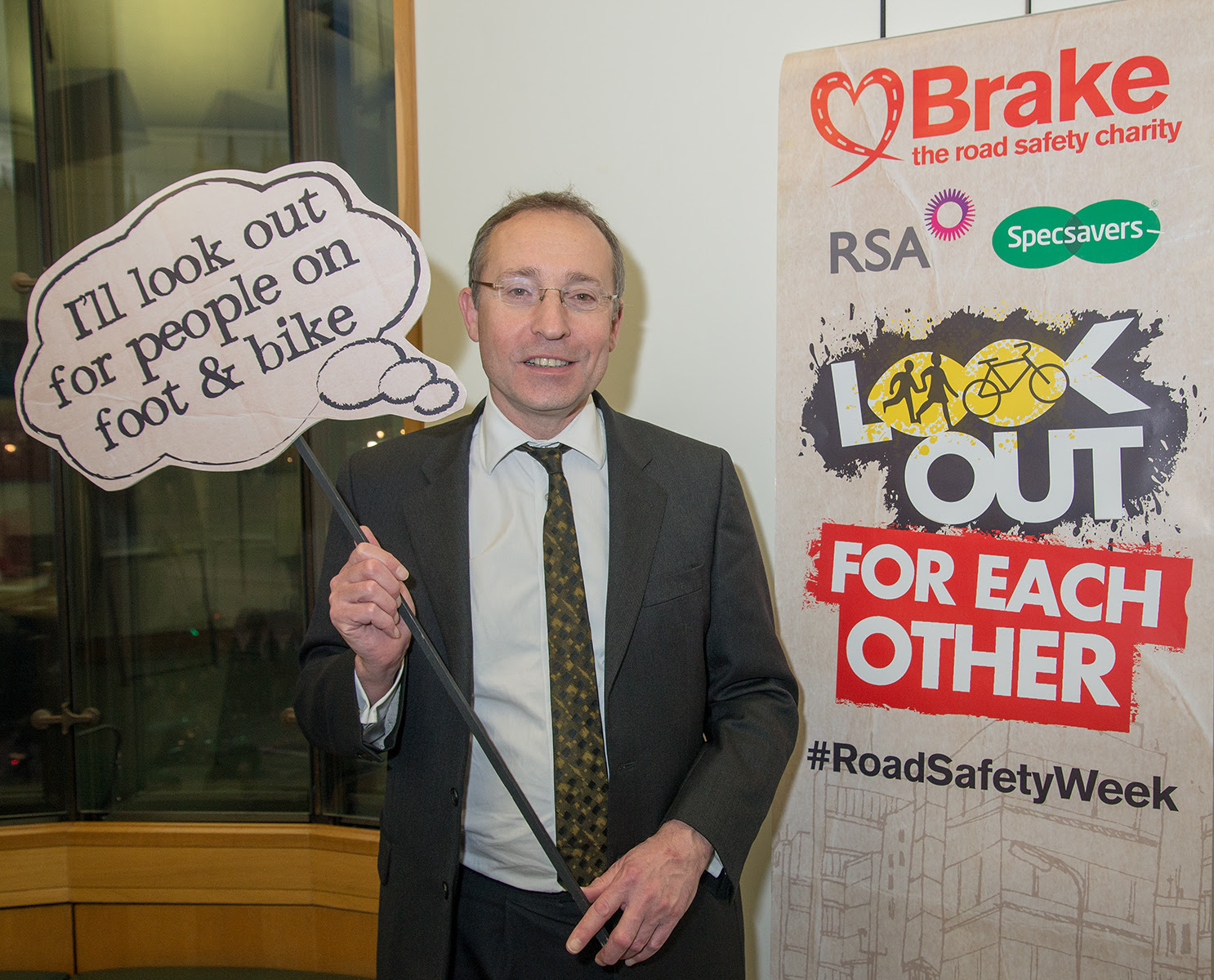 Did you know it was Road Safety Week this week? The charity Brake have been calling on road users to look out for each other to help stop the five deaths and 61 serious injuries that happen every day on our roads.

I spoke in a debate on London Housing this week and I had the opportunity to raise two key Shepherds Bushissues.

When HS2 comes to Old Oak it will bring as many as 24,000 jobs and 55,000 jobs to a very deprived part of west London.  But will they be affordable homes and jobs for local people?  The Financial Times and Standard reported this week that the Qatari Royal Family intend to buy up many of the HS2 sites, including Old Oak. If this happens, I fear that those potential homes would be more of the luxury high-rises for overseas investors that Boris Johnson wants to see on the site.

I also raised the plight of the small businesses and traders at Shepherds Bush Market who face losing their livelihoods in the face of aggressive property developers and a compulsory purchase order made by the former Tory council and the current Tory Housing Minister. I asked the Minister why he sat on, and subsequently overturned, the Planning Inspectorate’s report turning down the order, which will destroy social housing, a 100-year-old market and small businesses simply in order to build more than 200 luxury flats on the site. Luckily for him the time ran out and he was not forced to give an answer.

Albanians in the UK

On Monday I had the pleasure to meet the ambassadors for Albania and Kosovo at a packed reception I had organised in Parliament. We heard great speeches from leading members of the Albanian community and a great time was had by all. Now, more than ever, we need to work with our friends in Europe against the rhetoric of those who would seek to divide us. The Albanian community in Hammersmith and London is fully integrated, hard-working and passionate about education for the next generation.  This weekend I am a guest at the celebration of Albanian independence. 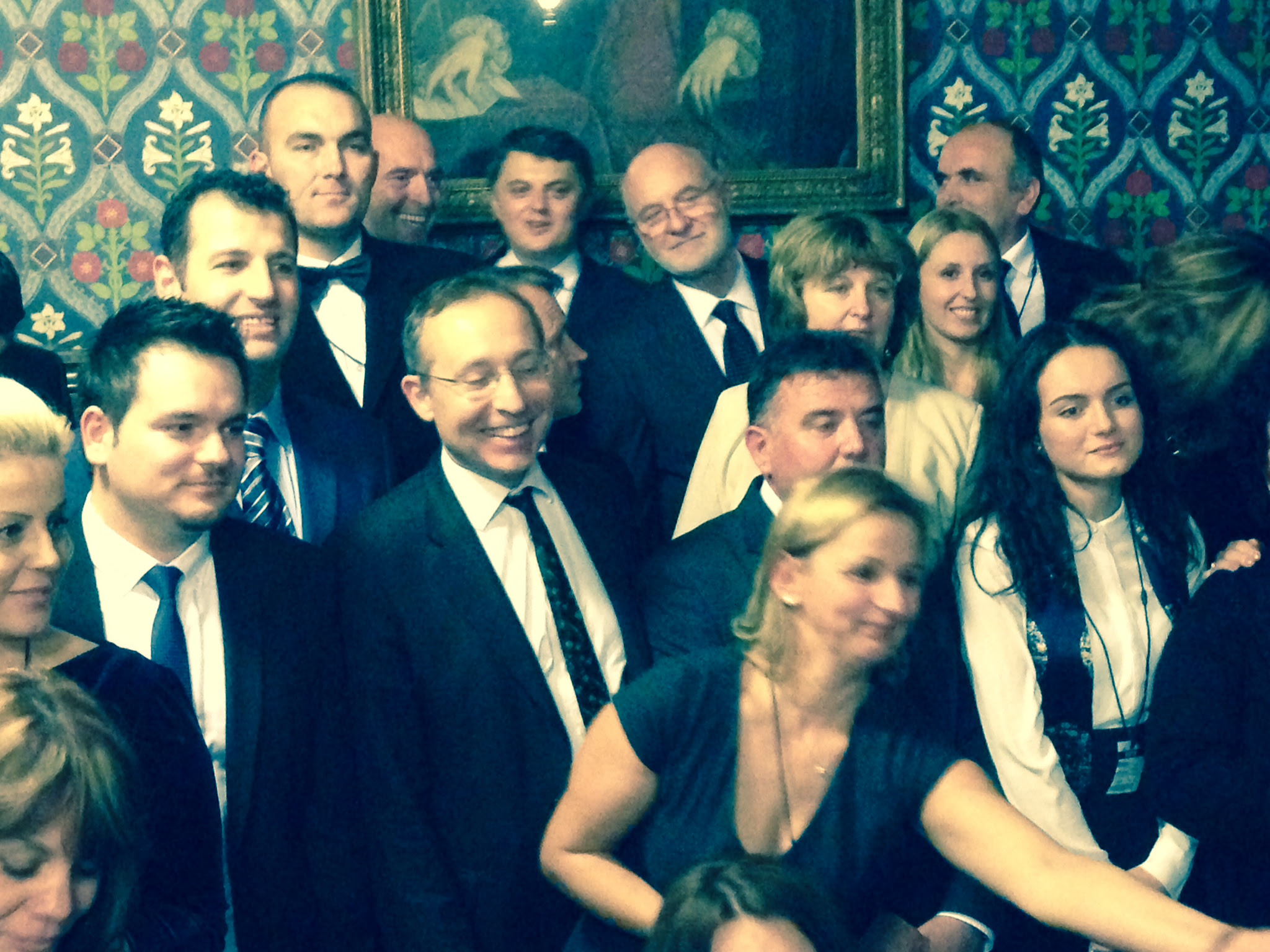