A wolf in sheep’s clothing

A week ago residents of Broadmead, a pleasant development of flats in West Kensington, had an unexpected visitor. The Mayor of London’s Deputy for Policing was stood at their doors with -; he said -; an early Christmas present.  In tow were sundry bemused looking local Conservatives.
I am here, he proclaimed, to tell you that you will not be evicted from your homes.  The tenants, some of whom had lived at Broadmead for 20 years or more, were relieved.  But also confused…

The Met, at the start of Boris’ second term in 2012 owned some 800 houses and flats around London, occupied partly by families  of serving, retired or ex-officers, partly  by other local people housed there because the rents were affordable.

But these families, even after decades, had no security and could be evicted for no reason in short order. That would leave empty blocks for sale or redevelopment.

When an evicted tenant from another borough, taken in with her children by her mother in Hammersmith, came to see me a year ago, I wrote to the Deputy Mayor about her case.  He replied that retaining such properties ‘is no longer sustainable’.

When the Broadmead residents were told earlier this year that they too would be evicted in 2015, they also came to see me.  With the help of Hannah Barlow, the Labour Councillor for Avonmore & Brook Green, I petitioned, wrote and spoke to the Commissioner, the Deputy Mayor and the Mayor.  The Commissioner told me it was a political decision.  The Mayor didn’t answer my letter.

So where does that leave the residents of Broadmead?

Without The Mayor’s evict-and-sell policy there would have been no threat to their homes in the first place.  They have had a year of horrible stress. Met tenants in other parts of London have already been evicted -; will they now be re-housed?

The Conservatives have used this u-turn as a cheap political stunt, trying to give credit to local councillors who have done nothing to help Broadmead residents -; or to the very people in the Mayor’s Office who have caused their misery.

And here is still no security for the residents.  The new plan appears to be to sell the flats to another landlord, who could then still decide to evict them or ratchet up their rents.

So brazen and cynical is this move, even by Tory standards, that a number of blogs have written it up in more detail.  I think it is only a taste of the back-to-;the-1930s  world promised by George Osborne in his Autumn Statement.

Shortly after I revealed the £120,000 junket to look at  US healthcare for 23 local NHS bosses, Tracy Batten, Chief Executive of struggling Imperial Trust, was forced to withdraw from the NHS-funded trip. An hour after the Standard reported her defence of the jolly during an A&E crisis, she had a change of heart.  Not so her 22 colleagues.  They are back today. They include some of the most senior figures in London’s NHS.

Meanwhile, in the Commons I asked Health Secretary Jeremy Hunt if he would confirm the Guardian story that he was about to u-turn on the plan to  downgrade most A&E departments in England, including Charing Cross -; not because of criticism from the College of Emergency Medicine and Care Quality Commission but because it was ‘political suicide’.  Hunt denied the report: closures and demolition would go ahead as planned.

According to reports, ambulance crews now have to get permission before taking 999 patients to Northwick Park Hospital in Harrow.  When they are diverted to other hospitals that puts further pressure on an already burdened system. Last week I was told two other west London hospitals also had to divert ambulances for a time. With waiting times already the worst in the country this situation is unsustainable and yet the plans for further closures are still going ahead.

Two weeks after I wrote to NHS England demanding a full inquiry into the A&E crisis in west London I have heard nothing.  So I was pleased this week  that four west London boroughs including Hammersmith & Fulham have launched their own independent inquiry, chaired by one of England’s leading QCs Michael Mansfield. 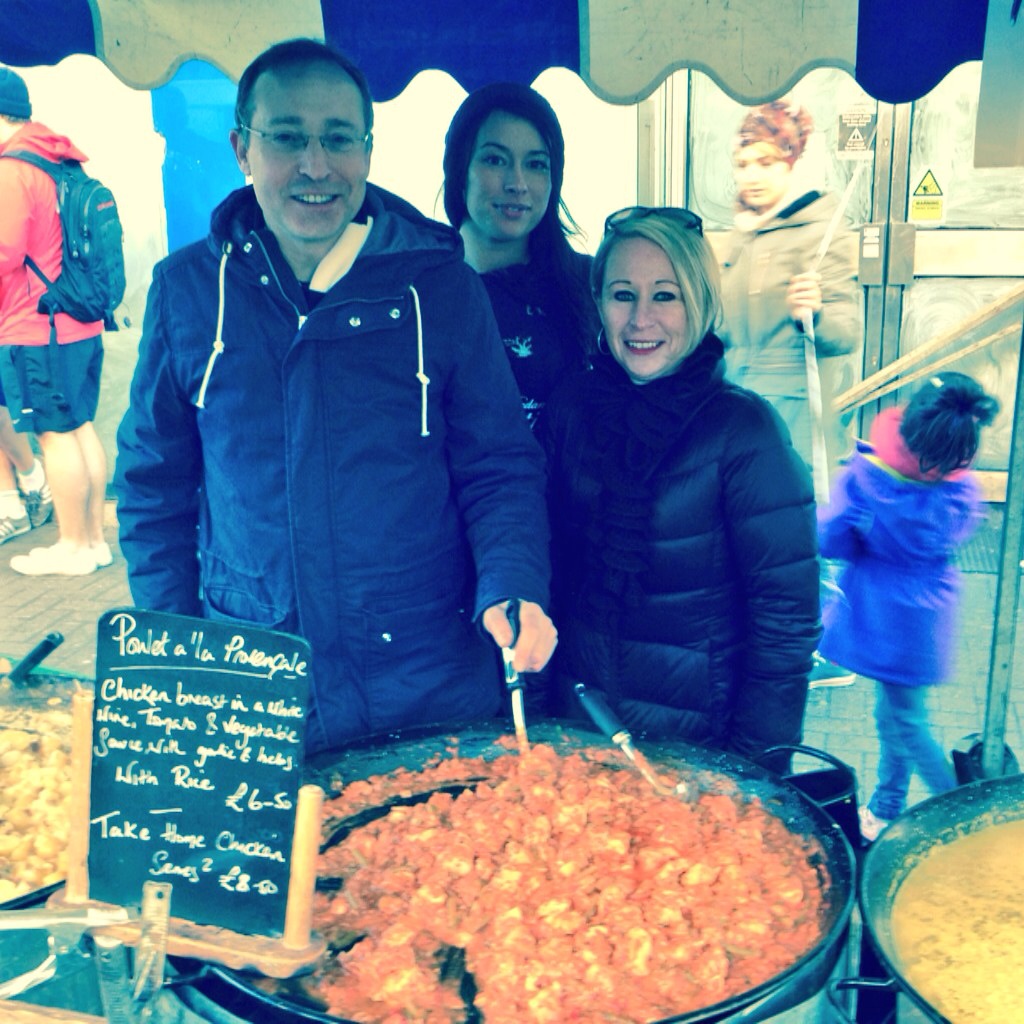 I spent Saturday afternoon in North End Road which H&F Council had pedestrianised for the day to mark Small Business Saturday.  Everyone I spoke to thought it was a great idea and wanted it to be a regular event.  All credit to local councillor Ben Coleman whose idea it was and who is chairing a debrief meeting this Wednesday.  Save our Hospitals ran a great stall all day -; their latest news is available on their blog.

Of course the Council and TfL will have to see the effect on traffic flows before it makes any decisions but I contrast the Labour Council’s wish to see North End Road Market thrive with the previous Tory Council’s attempt to ruin Shepherds Bush Market.

On which subject, a week ago I led a debate in the Commons about the compulsory purchase of Shepherds Bush Market by the Tories on behalf of a developer who wants to build 200 luxury flats on the site.  In October I wrote about the outrageous decision by planning minister Brandon Lewis MP to overrule his own Planning Inspector’s decision  and allow the demolition of the market to go ahead.

I asked why the Minister sat on the Inspector’s report for eight months before  producing a cursory response that said ‘I disagree‘. The Londonist blog wrote about the debate.  You can read it here. I’m still waiting for the questions I raised to be answered in writing, but the lack of evidence should provide further grounds for another legal challenge.

Last week I reported that Shepherds Bush resident, Ghoncheh Ghavami, held captive in Iran for wanting the right to watch volleyball game had been released on bail. While this is good she has been forbidden to leave Iran and could be returned to jail if her appeal fails.

On Tuesday I asked the Foreign Secretary what was being done to secure Ghoncheh’s return to the UK and got a reasonably positive answer.

It is important to keep her case in the public eye, so I was pleased to see it raised in the house of Lords as well last week.  Please support Amnesty International’s campaign for the Iranian government to drop all charges against Ghoncheh. Details here.

There was widespread anger in and out of Parliament when a Bill to stop landlords evicting tenants just because they had made a justified complaint about the condition of the property was talked out by a handful of Tory MPs a week ago.

Last Friday they tried it again to defeat the ‘Turn Up, Save Lives’ Bill that will enshrine in law the UK’s commitment that 0.7% of our GDP go to support the developing world.

From 1997-2010 the Labour Government helped over 3 million people a year lift themselves out of poverty, and helped 40 million people into education.  I am pleased that the other main parties now support this commitment -; and even more pleased that the Bill got through by the skin of its teeth. A series of votes designed to derail it by UKIP and a few Tories were outgunned by the 150 MPs (mostly Labour) who turned up to back it.

But the Tories and Lib Dems were back to their old tricks when it came to destroying judicial review.  This essential tool for the citizen to challenge the state -; it saved Lewisham A&E -; is often inconvenient to governments, councils and other public bodies, but only the Coalition has sought to disable it – alongside slashing legal aid and threatening human rights law.

Last week Liberal Democrat & Tory MPs joined forces to curtail judicial review overturning the votes of the House of Lords which were supported by some of our most distinguished judges and lawyers. You can read my speech on the subject here, my New Statesman article here and my Central Lobby article here. The Bill now moves back for the  Lords to have another say on Tuesday in what we call Ping Pong.

Home care charges.  H&F’s Labour Council will get an unusual political reputation for keeping its promises if it continues like this.  Last week, Council Leader Stephen Cowan announced that the £400,000 they have saved by cutting the Tories’ spend on propaganda would be used to abolish home care charges for  the elderly and disabled.

Scrubs. I met the Chief Inspector of Prisons Nick Hardwick last week to discuss his report into Wormwood Scrubs prison ahead of my own visit there. Mr Hardwick’s damning report in September revealed that 22% of prisoners felt unsafe and over a third victimised. There were 5 suicides at the prison in 2013 alone. Then came a report from the Independent Monitoring Board which revealed staff morale was low and that rehabilitation alomost non-existent.

Nick Hardwick has been an effective and honourable Chief Inspector, lifting the lid on the Government’s failures across the prison service, which is probably why they are so keen to get rid of him!

Call of Duty. On Wednesday on Radio 4’s You & Yours I discussed advertising in supermarkets.  This followed a complaint by a local resident about the posters being used to promote the violent video game Call of Duty in a Shepherds Bush Tesco store.  The game is only sold to over 18s but the marketing -; if it is inside the store -; is unregulated. You can listen to my contribution here.

Evensong. It was a great pleasure to be asked to read the lesson at a special Evensong service to mark the start of Advent last weekend, at Holy Innocents Church in Paddenswick Road.  A choir assembled from neighbouring parishes was superb despite only one short practice.

Winter Ignition. A great event for a great cause this Saturday 7pm at the Town Hall in King Street. This is a fundraising concert to support an orphanage in Gulu, Uganda. The Future is Now Uganda is a registered and struggling orphanage whose manager and staff do a fantastic job with the most basic of resources. The intention is to raise money towards purchase of land so that they can grow for consumption and sale and attain some level of self sufficiency.