We can still save Charing Cross

NHS -; Time to concentrate on the facts

The crisis in the NHS has dominated national news since New Year, but the crisis in west London is into its third year -; since the announcement in 2012 that four A&Es and two major hospitals would be closed or downgraded. 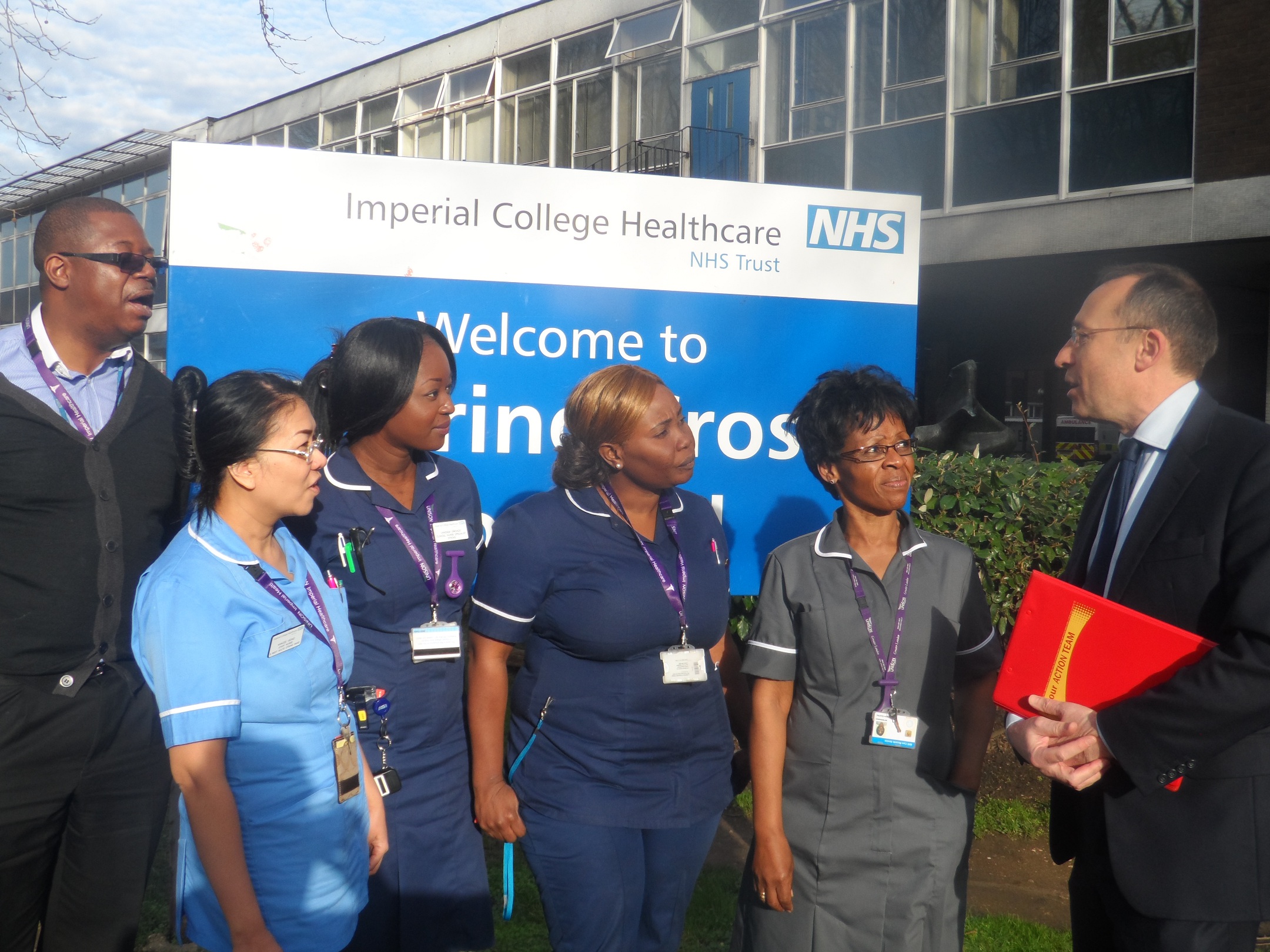 Although I’m pleased that the country is waking up to the Coalition Government’s cuts and privatisation agenda, I don’t want to lose track of the battle we have to win to save Charing Cross from the wrecking ball.

A&E waiting times here are among the worst in the country.  One in four people is waiting more than four hours.  Before Christmas that rose to one in three at Charing Cross.

So the idea that they should press ahead with the demolition of Charing Cross is now demonstrably stupid.  But that is exactly what David Cameron and Jeremy Hunt wish to do.

Last week I was able to question the managers at Imperial, the NHS Trust who run Charing Cross, Hammersmith and St Mary’s Hospital, at the council’s health scrutiny meeting.  I asked their Deputy Chief Executive if they would reconsider the demolition in the light of the A&E crisis.  He refused to answer.

Demolition at Charing Cross would mean not only losing the A&E but 336 of 360 inpatient beds, the world-class stoke unit and all emergency consultant services.  Only planned day surgery, a GP-run ’emergency centre’ and some outpatient treatment services would remain on the site.  The rest would be sold off for flats.

I have continued to raise the issue in Parliament at every opportunity.  Last week in a full debate on the NHS I highlighted several cases residents have brought to my attention where people with serious injuries have waited at the roadside for up to two hours for an ambulance.

I also raised the case of  Mrs Fahy, a 94 year-old constituent who, after being rushed to A&E, was forced to wait six hours in a corridor before being seen at Charing Cross. But after one night she was moved to Hammersmith Hospital because there were no beds available.

Because I thought this perfectly illustrated the folly of both closing the A&E and losing 90% of the inpatient beds at Charing Cross I also raised Mrs Fahy’s case at Prime Minister’s Questions.  Here is his response.  I leave you to judge whether he should continue in that job after May. Later that day in the Commons I corrected the record.

None of the complaints I receive about the ambulance, A&E or health service generally blame the staff.  The nurses I recently met at Charing Cross share exactly the same fears as their patients.  The quality of care is excellent and the compassion of staff at all levels is something everyone remarks on.

But we are setting them an impossible task.  The resources at present are not able to cope with demand.  Further closures are unthinkable.

I still believe the battle to save Charing Cross can be won.

    There is increasing clinical evidence opposing the Government’s view.  This week the RCN, giving evidence to the Mansfield Inquiry set up by west London Labour councils, said further closures should be suspended.  The College of Emergency Medicine debunked the view that further A&E closures would improve the service by concentrating it in fewer location.

    A big public rally will be held at Hammersmith Town Hall on 10 March in support of London’s NHS -; and Charing Cross in particular.

    Eight west London Labour MPs have written to Hunt to demand a moratorium on closures.  Together we represent almost a million people.

    I am writing to everyone in Hammersmith to ask them to support the call by Save our Hospitals for the ‘Shaping a Healthier Future’ closure programme to be suspended pending an independent clinical investigation and proper public consultation.  Please sign my petition here.

The Government this week backed Boris Johnson’s plan to take over the north of the borough and turn it into a ‘mini-Manhattan’ .

I support HS2 -; and Crossrail – coming to Old Oak and the regeneration of the brownfield land around the site.  But I want homes H&F residents can afford not ‘ghost’ flats for overseas speculators.  I want jobs for the young unemployed of White City, East Acton, Harlesden and North Ken.  I want to protect Wormwood Scrubs from becoming the private gardens of the super rich.

So I will be debating the issue in Parliament and -; if the Government won’t listen -; trying to ensure that over the next year we have a Government and a Mayor who will.

Addison Singers. There is another amazing concert this Saturday at Holy Innocents Church in Paddenswick Rd to raise money for the Addison Singers.  Their Verdi Requiem last month was excellent and I’ve no doubt that Saturday’s concert will be a must hear.

Leaseholder Seminar. I held a seminar for leaseholders at the Masbro Centre in Addison last Saturday in response to an increasing number of questions, in particular about how freeholders and managing agents are short-changing leaseholders.  One issue that was raised is the way commercial companies like Airbnb are renting out flats by the day, turning residential areas into hotels.  Please let me know if you have problems with this in your block or street as we are debating it in parliament now.  If you have more technical questions, get in touch with the Leasehold Advisory Service who provided the expert advice at the seminar.  They are a free service.

Met tenants. Today I am meeting residents with a different housing problem -; they are tenants of the Met Police who Boris Johnson and Stephen Greenhalgh were evicting to make a killing by selling their flats.  Now they are just selling the flats with the tenants in them.

New vicar at St Saviour. On Tuesday I was one of the people asked to make a speech of welcome to the Reverend Chris Lee as he was licensed as the new vicar of St Saviour in Cobbold Road. Chris and his wife Jenny are young and enthusiastic and keen to build the congregation after two years without a priest at this wonderful church.

Coptic Christmas. We have a big Egyptian community in the borough, Muslim, Christian and secular. All came together to celebrate Coptic Christmas, at Egyptian House in White City.   It was a reminder that there is so much more uniting us than dividing us.

Brook Green Market. I am a great supporter of the Brook Green Market. (previously known as the Wild Food Market). It is held at Addison Primary School, 10am-3pm every Saturday and is an excellent place to pick up delicious food and drink. 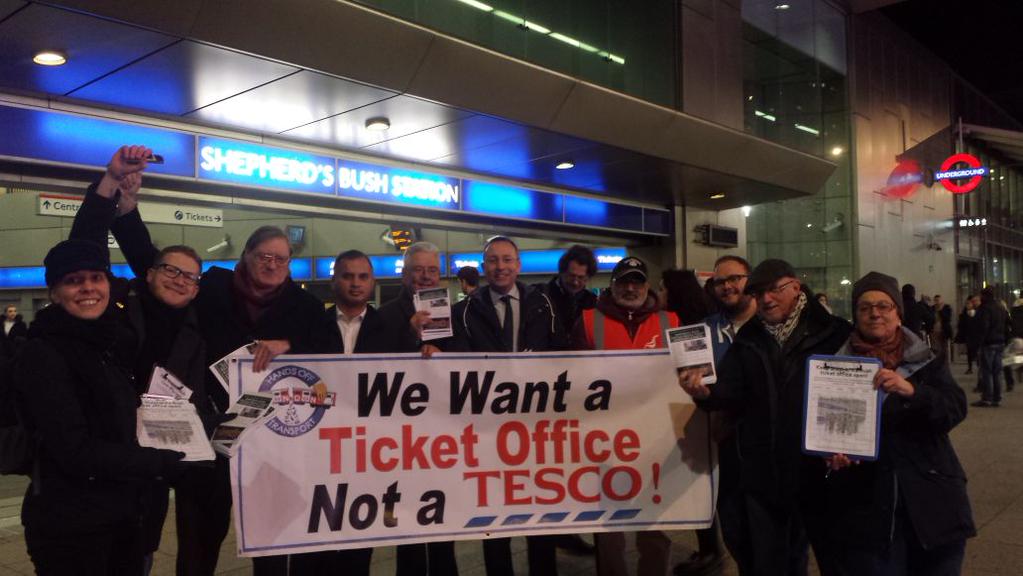 Bush Theatre.  The Bush theatre is going from strength to strength.  Plans are underway for the next phase of its refurb and the quality of productions just keep getting better from a very high base.  I saw the Visitors this month, a fantastic production.  But you really can’t go wrong, whatever you see there.

Visually Impaired Parliament (VIP).  I spent an afternoon at Kensington Town Hall talking to blind and visually impaired people from across west London about how their needs could be better understood by politicians.  Thanks to Thomas Pocklington Trust for sponsoring -; and for the idea of the VIP to act as a continuing lobby organisation.

Top Marks for Miles Coverdale. Miles Coverdale Primary was rated again as being in the top 1% of schools in England in Wales. It was rated number 27 out of 14,833 schools, a fabulous achievement. The school has one of the highest proportions of children on free school meals in the borough, but it is not unique.  Most of our local schools are doing well, as I find on visits and when they come to Parliament to look around and quiz me on my job -; as Wormholt Park did this week.

Apart from the NHS which is a weekly if not daily topic of debate,  I have taken part in debates on homelessness, contaminated blood, criminal justice, rights of overseas citizens to vote and  judicial review.

Interviews. There must be an election on the way. I was interviewed by the Bush Telegraph a couple of weeks ago, and since then have been on the Sunday and Daily Politics shows talking about everything from the NHS to fracking. I also gave an interview on my justice brief to the Justice Gap.