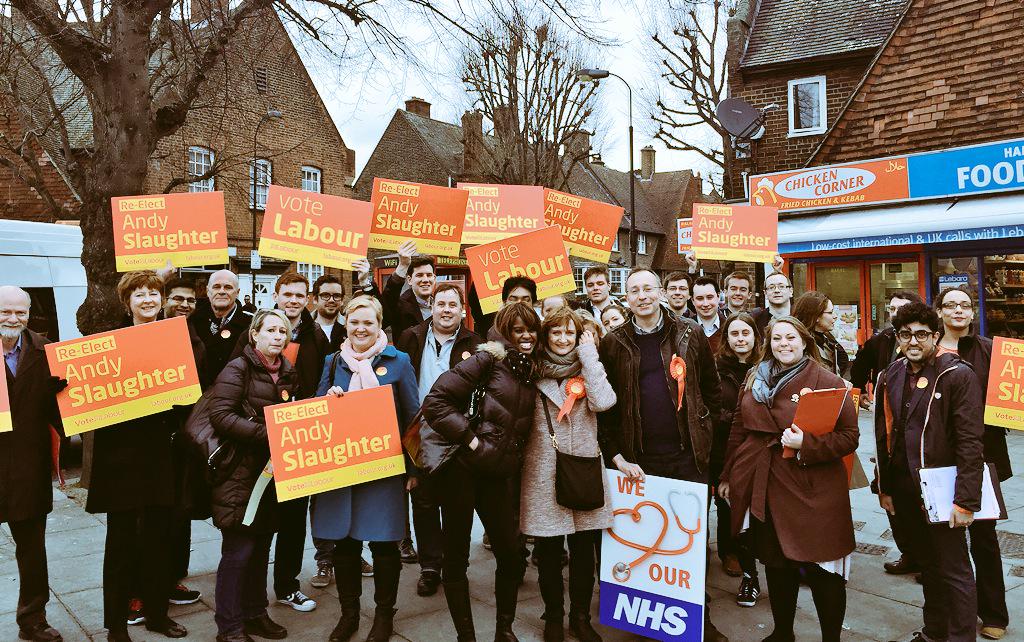 It’s been the longest lead in ever and it will be the longest campaign ever but finally, on Monday, Parliament was dissolved and the Election Campaign 2015 officially began.

That means I am no longer an MP – unless and until re-elected on 7 May – but Labour’s Candidate for Hammersmith, to make sure I have no unfair advantage over the other candidates.

This will be an election about issues – affordable homes to rent and buy, our quality of life and standard of living and above all the future of our NHS.  But it will also be about values.  And never in 30 years  have I seen such a clear divide between a Conservative Party that acts in the interests of those already best able to help themselves and a Labour Party that wants a decent life for everyone and opportunities open to young people whatever their background. 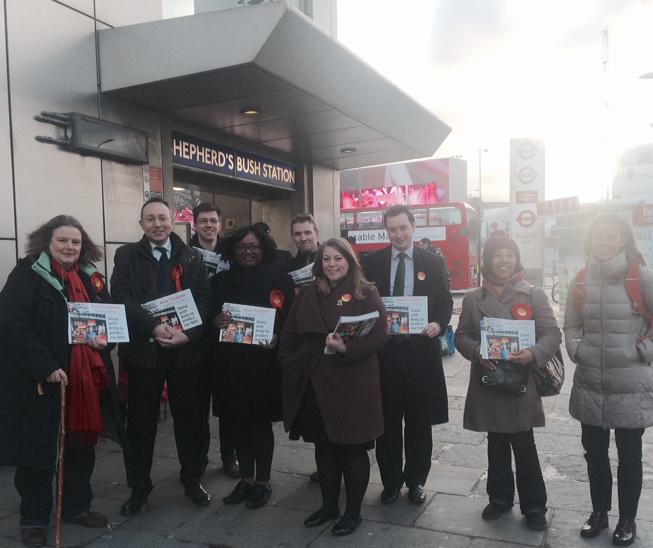 At the weekend I launched my campaign with over 100 volunteers around the constituency and guest appearances from some of my London Labour colleagues Tessa Jowell, Emily Thornberry, Diane Abbott and Stephen Pound. 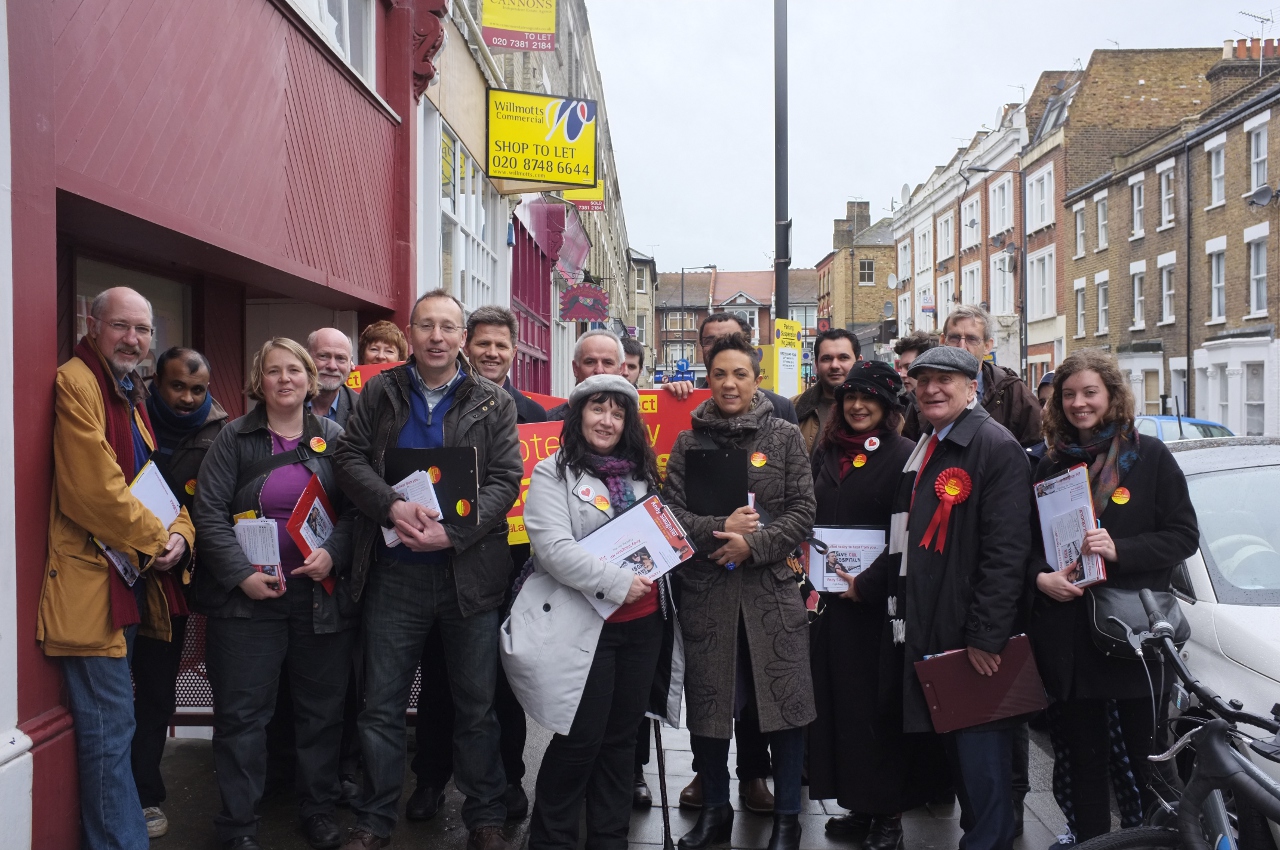 I knock on doors every week in Hammersmith, Shepherds Bush and Fulham to find out local concerns, and I’ll obviously be doing that throughout the campaign but I will never get to speak to everyone. So please take a moment to identify the issues that you care about and let me know how I am doing by answering three simple questions.

Yesterday I spoke at hustings at Hammersmith Academy and Charing Cross Hospital with the other candidates.  Operation Black Vote organised the Academy event to get the 150 students present to register to vote – which they did after giving us a very hard grilling.  The Greens were told off for making promises they couldn’t keep, the Lib Dems for breaking theirs (you can guess which one) and the Tories well…just for being Tories.

At Charing Cross we performed to 70 Imperial medical students – a well-informed audience.  I was surprised that three of the candidates didn’t now the current proposals for Charing Cross (demolition and replacement with primary care and day surgery on half the site, with the rest sold off).  For me this is the biggest issue of the campaign.

Threat of jail ends for Ghoncheh

Fantastic news this week as Ghoncheh Ghavami’s family confirmed that she will not have to serve another day in an Iranian prison following her arrest last year. Ghoncheh, a 26 year-old student who lives in Shepherds Bush is a British citizen who spent 151 days in jail for the ‘crime’ of protesting that women should be allowed to attend volleyball matches. Alongside hundreds of thousands around the world I have been calling for her release. She is still unable to leave Iran for two years and we are asking for the travel ban to be lifted.

The battle to save Shepherds Bush Market continues as traders launched another legal action last week to prevent its demolition by developers who wish to build luxury flats on the site.  This argument has been won and lost in the courts several times, until a final ruling in the traders’ favour was overturned by the Conservative Secretary of State to bail out the developer – the only time this has ever happened as I found out. Now the lawfulness of that decision is being challenged.

On Tuesday Diane Abbott was the latest visitor meet the traders and shopkeepers and promise support.

Nice work if you get it

The Evening Standard reported last week that the Shaping a Healthier Future programme, tasked with closing A&E departments at Hammersmith Hospital and demolishing Charing Cross Hospital, have spent £13.4m on consultants in a nine-month period. These include private healthcare giants McKinsey and PR firm M&C Saatchi.

Labour Education Spokesperson Tristram Hunt made a commitment this week to reverse the cuts in teaching foreign languages the Conservatives have approved. He said “precisely at the time we need to be harnessing our entrepreneurial capital and soft power in the new emerging economies, the government’s actions will lead to fewer young people being able to take A-Levels in Portuguese, Turkish, Gujarati and Punjabi.”

One of the languages which was to lose A level teaching is Polish, a subject prominent at last week’s national hustings organised by Poles in the UK. I represented the Labour Party, given the large west London Polish community and the presence of the Polish Cultural Centre in the heart of Hammersmith. It was a great opportunity to remind everyone about the exceptional contribution Polish people make to the UK’s economy and culture.

One of the issues I feel most strongly about is the appalling treatment of those infected with HIV and hepatitis by contaminated blood products used in the NHS up to the 1990s. I have raised this many times in the Commons and hoped for a proper settlement by now, frankly before many more of the victims die of their illnesses. It was very disappointing therefore on Parliament’s last day to find the Penrose report, a seven-year investigation in Scotland which we had hoped would provide a blueprint for the rest of the UK, made no recommendations on compensation. I hope whoever wins the election acts quickly on this greatest of national scandals. 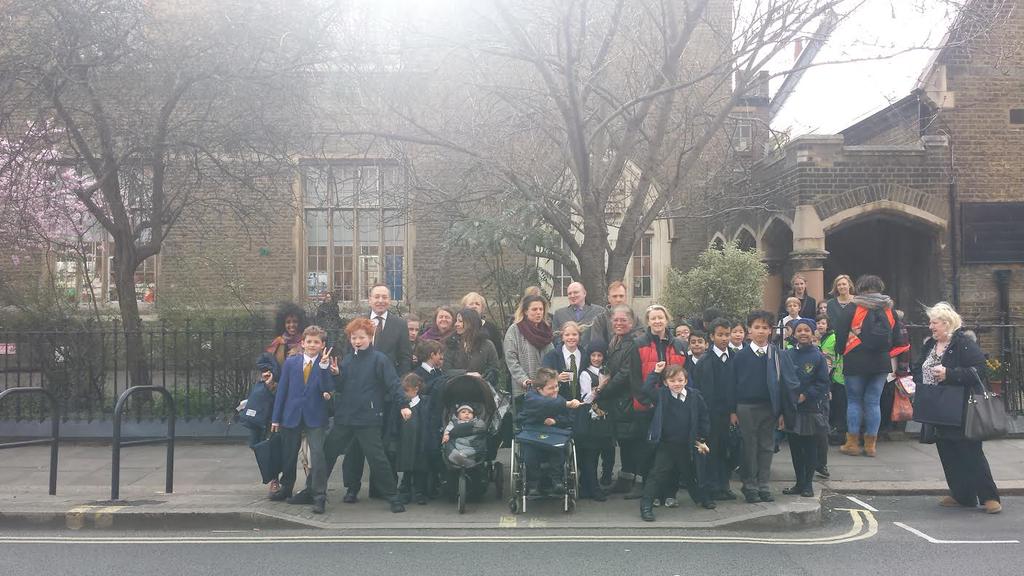 Parents at John Betts School in Hammersmith want their Zebra back. A crossing was put outside the school for a year while building work was going on nearby, but then removed. Given the speed of vehicles in Paddenswick and Dalling Road and the fact that the school is busy from early morning to late evening, I’m supporting the call for a permanent crossing. The council has already agreed to undertake a proper traffic survey and consultation. In the meantime please sign the petition. 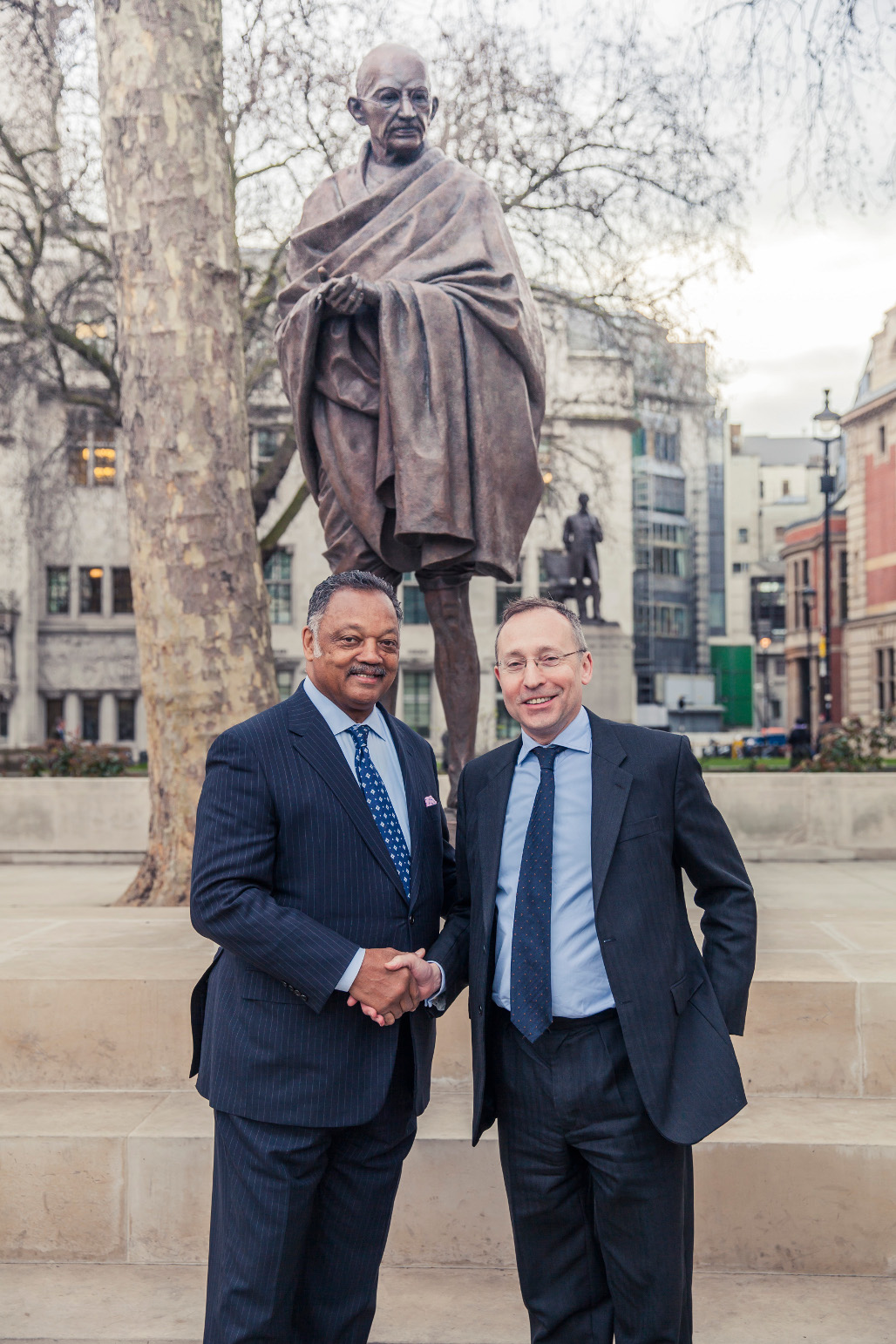 – I was privileged to meet civil rights hero Jesse Jackson when
he visited Parliament to see the new statue of Ghandi last week.

– I met the Metropolitan police to ask them to give proper tenancies to the West Ken families they tried to evict and whose homes they’re now selling to another landlord.

– I spoke at the 25th anniversary of the H&F branch of the National Union of Teachers – which also marked the retirement of their legendary secretary Den Charman.

– I met the owner and supporters of West London Stables who are being forced off their land under the Westway after 19 of fantastic community service.

– I spoke to students from different faiths around London – including from Sacred Heart School in Hammersmith, who had come to lobby parliament about the need to do more on Climate Change.

– I spoke to the H&F advice network about the challenges to providing good quality advice since Legal Aid has been drastically cut.