The audience at the Age UK hustings in St Paul’s Church groaned in disbelief when the Conservative candidate for Fulham announced that ‘Charing Cross Hospital is safe’ under the Tories.

The Conservative candidate for Hammersmith had already given the game away when he told the Shepherds Bush Blog that the Hospital is ‘no longer fit for purpose’ and ‘will be demolished’.

Given that the Conservatives have reverted to spreading confusion on the future of our local NHS now the Election campaign has started, perhaps I should repeat what they actually plan for the Charing Cross site.

The main hospital would be demolished, 55% of the site would be privately sold, and all consultant emergency services lost.  This would mean no A&E, 24 inpatient beds in place of the current 360, no stroke unit and no emergency surgery.  Instead, occupying less than a quarter of the current space, there would be GP, treatment and day surgery on part of the current site.

This comes directly from the Clinical Strategy published by Imperial NHS Healthcare Trust which runs Charing Cross. So toxic are these plans, which were supposed to form a blueprint for the rest of the country, that the report recommending nationwide closure and downgrading of A&Es due to be published last year has been delayed until after the Election.

So too it appears has been the inquiry by NHS England into the effect on remaining A&E services of the closures of Hammersmith and Central Middlesex last September.  The silence speaks volumes.

On the campaign trail 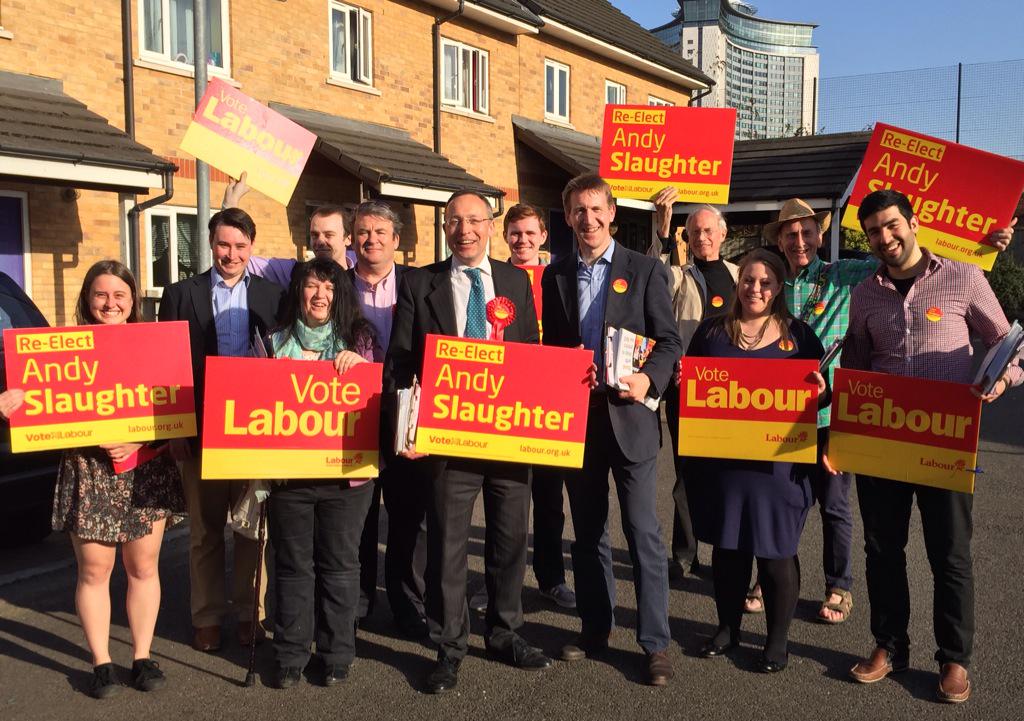 Election campaign are slightly surreal and very exhausting.  They consist of 7 day weeks and 16 hour days.  Normally they last three weeks.  This time it is six – something that neither the candidates nor the public seem very happy about. 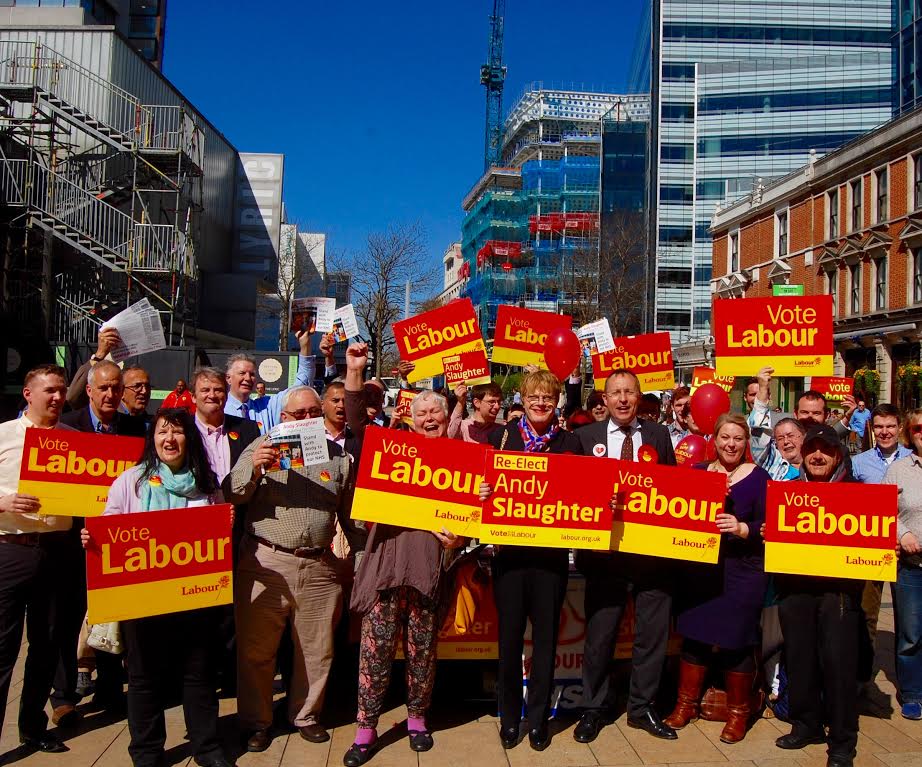 They start with meeting voters on the way to work at tube stations, include daytime hustings and doorknocking and often celeb visits. This week my star guest was Eddie Izzard, who met shoppers in King street before knocking on doors on  Ashcroft Square above King’s Mall.

I was also joined by my shadow Justice colleague Dan Jarvis, an ex-paratrooper, for what was more than a yomp than a canvass in West Ken.  Dan is visiting three seats a day between now and the Election and had just come from my old seat of Ealing Central and Acton, which the excellent Rupa Huq hopes to win for Labour.

I have found some time to help colleagues fighting to win the seats Labour needs to form a majority government – including the Will Martindale in Battersea and Hammersmith old boy Matt Turmaine in Watford.  And I went along to support our Chelsea &Fulham candidate Alex Sanderson’s campaign launch at the Durrell Arms in Fulham Road. 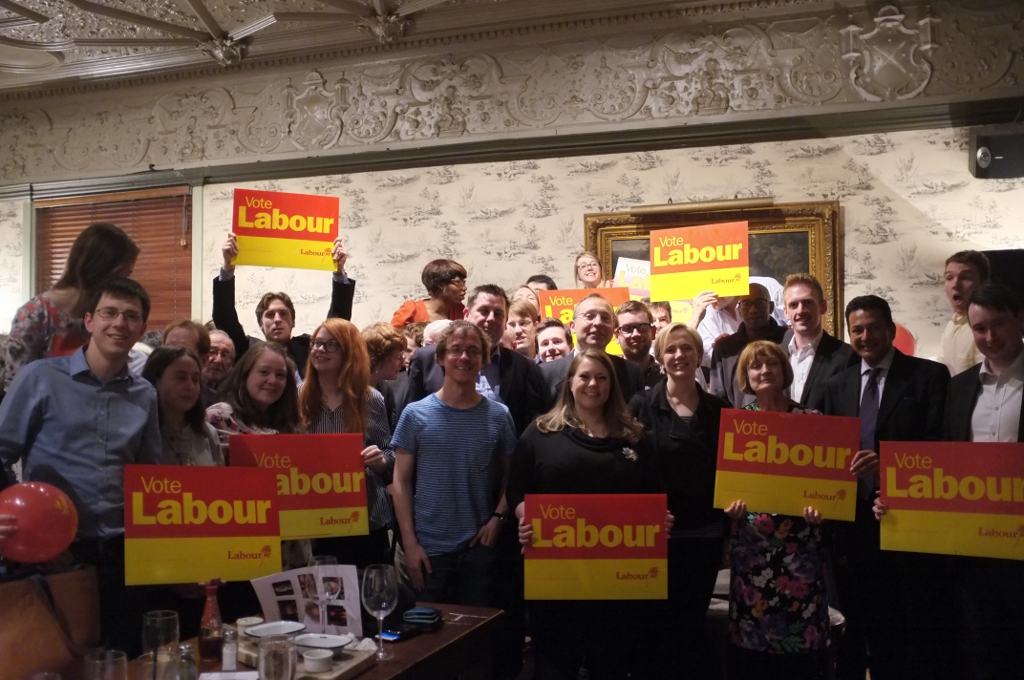 But unsurprisingly most of my time is spent meeting voters in Hammersmith to answer questions and encourage hem to turn out on 7 May.

I will try to knock on as many doors as I can over the next few weeks, but I won’t get to speak to everyone. So please take a moment to identify the issues that you care about and let me know how I am doing by answering three simple questions. 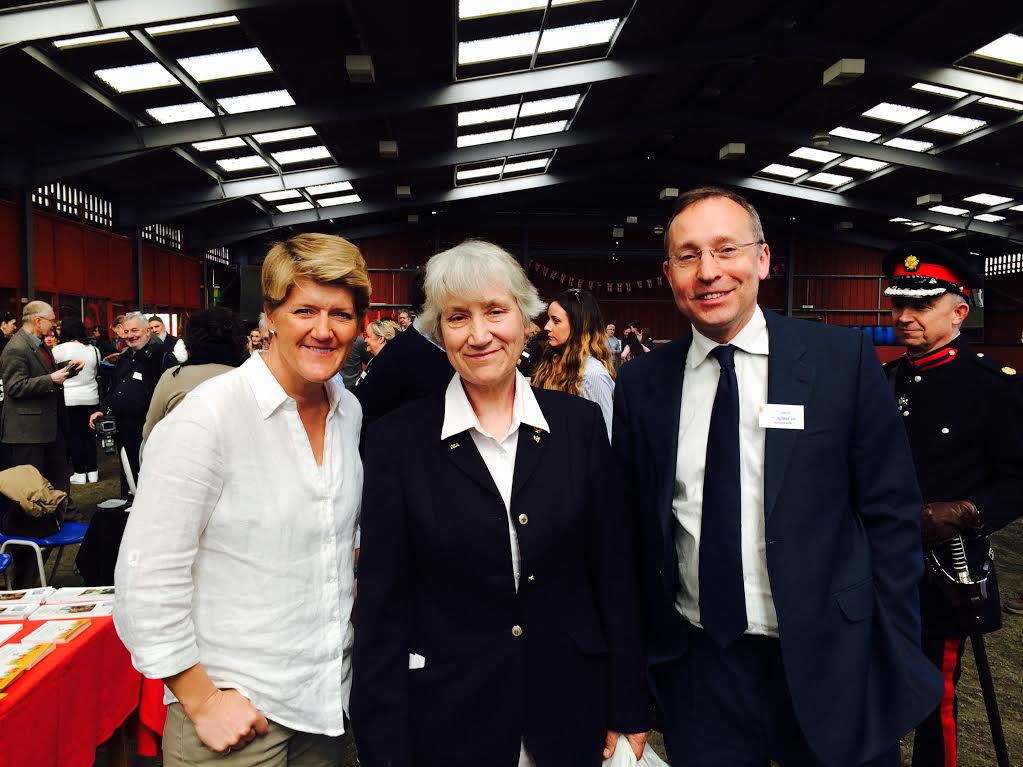 Some vestiges of normal life continue even during elections.  A highlight of the last week was meeting Clare Balding when she came to open the new Stable Yard Classroom at the Wormwood Scrubs Pony Centre. This newly completed therapy classroom will help hundreds of young people with physical disabilities and learning difficulties learn life skills while having fun and learning to ride horses. It will be an fantastic asset to the centre and will be of great benefit to the schools who use the centre.

Sister Mary-Joy who founded, built and has run the centre for 25 years is one of the most inspiring people I have had the pleasure to meet in our community.  The Centre always needs funds.  You can make a donation here. 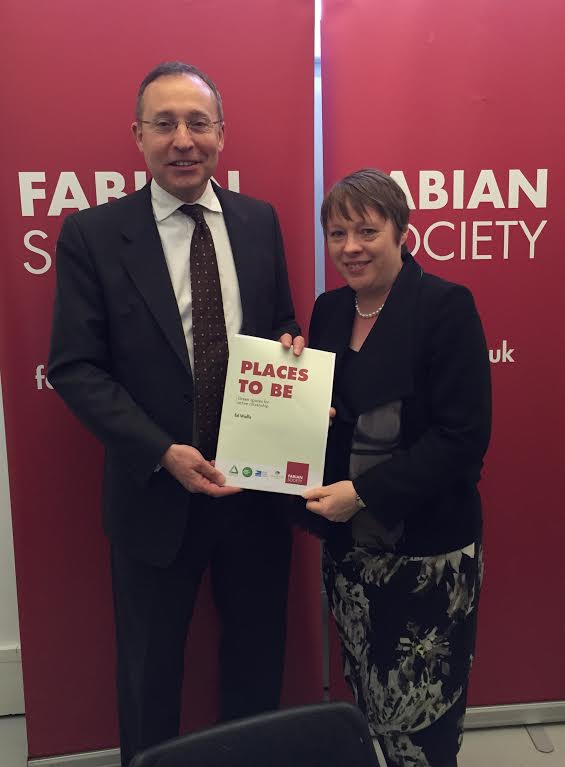 I was delighted that a major new report Places to Be was launched at the Bush Theatre this week.  Produced by the Fabians, an audience of national and local advocates for green open spaces heard from Labour Environment spokeswoman Maria Eagle, Greenpeace and me on the importance of preserving green spaces.  I was able to speak about the threats to Hammersmith Park and Wormwood Scrubs and the battle between developers (usually aided by Tory politicians) and residents to stop the encroachment of building onto open space.

I also represented the Labour Party at the national Justice hustings, sparring with Conservative and Lib Dem ministers in front of a distinguished audience from the legal professions.

Finally, on a sad but also celebratory note, I attended a service of thanksgiving at St Paul’s Hammersmith for the life of Bill Smith who died last month aged 96.  Bill was a dominant figure in Conservative and Hammersmith politics for five decades and continued his community work until  just a few years ago when ill health forced him to retire to Eastbourne.

Bill was a formidable opponent and I had many run ins with him on the Council in the 1980s and 1990s but I never doubted his commitment and passion for Hammersmith and through his associations with Latymer and Hammersmith United Charities we became friends and enjoyed long conversations about the borough and its politics over the years.

Simon Downham, the vicar of Hammersmith, members of Bill’s family and former colleagues gave moving tributes to the man who became known as ‘Mr Hammersmith’.