A Labour Government will halt plans to demolish Charing Cross. 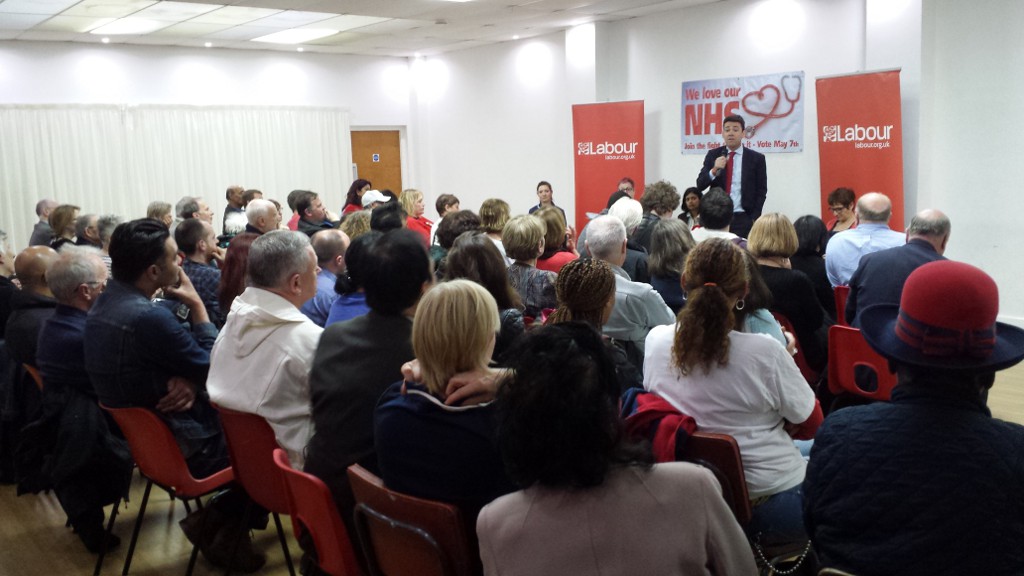 Speaking at a rally in Acton, Mr Burnham said a Labour Government will immediately halt further changes to the NHS in north west London until a full consultation, based on clinical need rather than budget pressures, has taken place.

Under ‘Shaping a Healthier Future’ the Coalition Government has ordered the closure of Charing Cross and Ealing A&Es, which would mean local people only having access to minor injuries units led by GPs not consultants, with no blue light ambulance service, no intensive care units and no emergency surgery.  Charing Cross would lose over 90% of its 360 inpatient beds

The ‘Shaping a Healthier Future’ changes have already seen the Tory Health Secretary Jeremy Hunt close the A&E departments at Central Middlesex and Hammersmith, resulting in some of the worst A&E waiting times in the country in north west London.

‘One of the biggest failures of this Government has been the chaotic and damaging NHS closures in north west London. It’s no surprise waiting times are some of the worst in the country -; remaining A&Es have been put under intolerable pressure, simply unable to absorb any more pressure.

‘With the planned review and downgrading of Ealing and Charing Cross, things could get even worse under the Tories, putting patient safety further at risk.

‘A Labour government will call an immediate halt to further changes to the NHS in north west London. We will launch a new clinical review that properly takes the views of local patients on board and prevents a full blown crisis developing across London’s hospitals. Patients in London simply can’t afford five more years of Tory hospital closures.’

Last week I joined Save Our Hospitals campaigners to present the petition to save Ealing & Charing Cross Hospitals to the Department of Health. Hopefully, by Friday it will be under new management.

‘Andy Burnham’s commitment is exactly what two million people across west London were waiting to hear -; that the disastrous ‘Shaping a Healthier Future’ programme that has proposed the demolition of two major hospitals and closure of four A&Es would be halted.

‘These closures are being pushed through without consultation or proper clinical review -; and they are the blueprint for the privatisation and downgrading of hospital services across the country.  Only a Labour win on Thursday can protect world class hospitals like Charing Cross from Tory demolition plans.’

One day to win 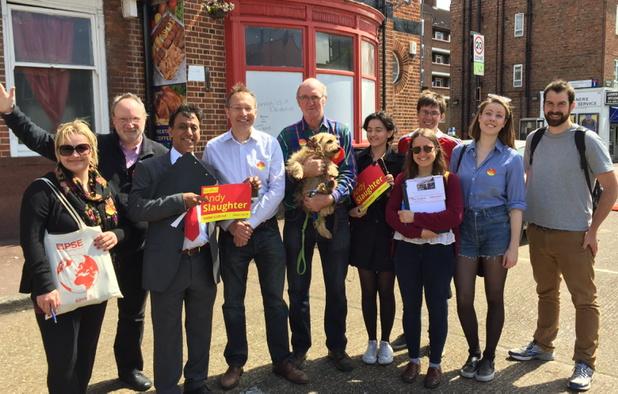 We’re coming to the end of a long election campaign and it’s time for people to decide how to vote, I’m still campaigning hard on local issues –  like saving Charing Cross and building more homes local people can afford to rent and buy.

I hope I will get your support and, if I am re-elected as Hammersmith’s MP on Thursday, I intend to carry on working my hardest to serve this community and everyone in it, whoever they are and however they voted.