Battle on to save Human Rights Act

Few countries have a history of defining and supporting human rights that can match Britain’s. This month we celebrate 800 years of Magna Carta. From the Levellers and the Glorious Revolution to the Chartists and the Tolpuddle Martyrs, our history is a succession of battles for the rights of the individual against arbitrary exercise of power by the state.

After the second world war, the Universal Declaration of Human Rights, drafted by British lawyers, spread those basic rights -; to life, to a fair trial, to freedom of speech -; across the world. In the 1950s we joined the European Convention on Human Rights, but it was another 50 years before a Labour Government passed the Human Rights Act, which allows the UK Courts to enforce those rights rather than cases being taken to Strasbourg.

Now the new Conservative Government wants to repeal the Human Rights Act and possibly take us out of the Convention. On Thursday, as part of the debate on Queen’s Speech, the Government’s programme for the next year, the House of Commons considered this proposal and I’m pleased to say there was no Bill to abolish the Act -; only a promise to consult on their plans this autumn.

As I now lead on most Justice matters in the Commons, I replied to the debate for the Opposition. You can read my speech here and the whole debate -; which contained some excellent speeches by new MPs including former Director of Public Prosecutions Keir Starmer – here.

So we have a breathing space, but more because a few staunch rebels on the Tory benches threatened the Government’s slim majority than second thoughts by Cameron and his new Lord Chancellor, Michael Gove.

The battle to protect our human rights at home and to continue Britain’s leadership and example in the world will be one of the major contests of this Parliament.

The last Briton in Guantanamo Bay 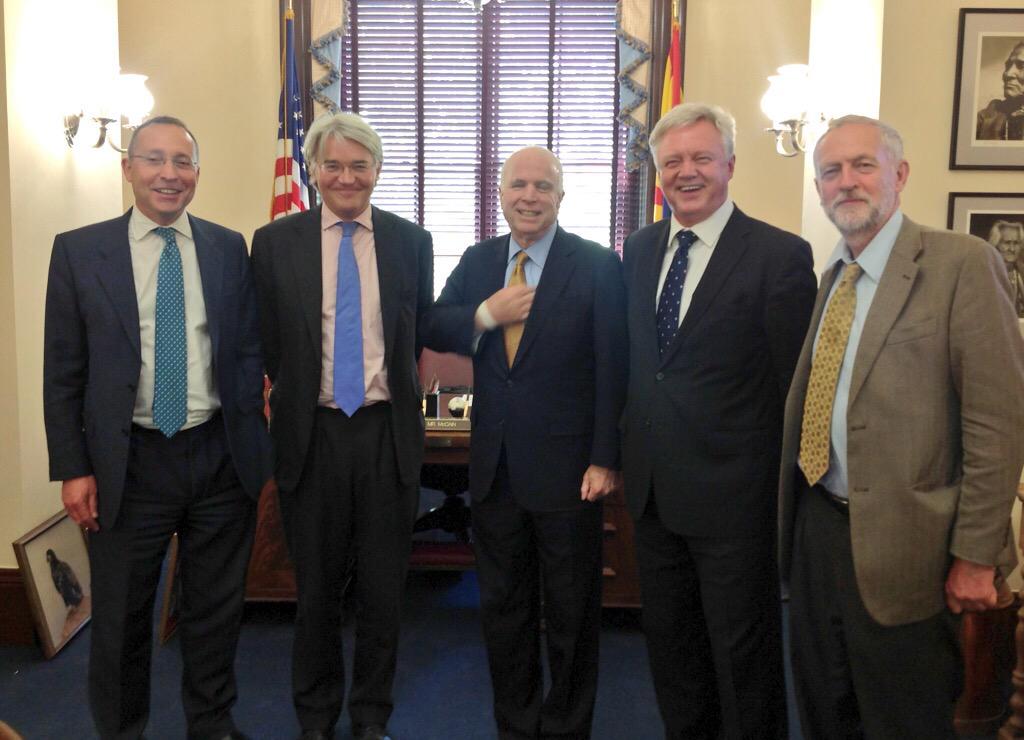 Two of the Tory MPs most outspoken on human rights are David Davis and Andrew Mitchell.  A former leadership contender and Cabinet member respectively, they -; along with legendary Labour MP Jeremy Corbyn -; were my travelling companions to Washington two weeks ago to try and obtain the release of Shaker Aamer, the last British resident held in Guantanamo Bay.

Despite being cleared for release by President Bush in 2007 and Obama in 2009, Shaker has been held in appalling conditions without charge for over 13 years. He has been on several hunger strikes, has spent much of that time in solitary confinement and has never seen the youngest of his four children who was born after his abduction and rendition.

David Cameron was promised by Obama in January that Shaker’s release would be a priority, but nothing has happened. In March the House of Commons unanimously called for his immediate release, and it was that message that we took to leading Senators and Government officials, including senator John McCain. You can read the Commons debate here.

McCain is a republican and no friend of Obama but he was imprisoned without charge and tortured during the Vietnam War and has been outspoken in wanting Guantanamo closed.

We were encouraged by the response to our visit, which I wrote about for the Daily Mail -; another strong supporter of Shaker! But the window for his release is small as a law change in the autumn may take it out of the President’s hands and into those of right-wing Senators who want no further releases of the 122 remaining Guantanamo inmates.

In H&F too there are plenty of battles to fight.

One of the worst decisions made by the previous Tory Council was to sell off Hammersmith Park to a private company. Following a campaign led by local residents and work done by the new Labour Council, a revised scheme has been put forward and is now out for consultation.

Details of the new plans can be found here and I recommend that people respond to the consultation. Responses must be submitted by this Wednesday, 3 June.  There is a meeting at the White City Community Centre  at 7.30pm that evening at which all the interested parties will be available to answer your questions. You can read my response here.

The struggle to save our local hospitals goes on. Sadly, Ealing NHS has decided to close the maternity unit at Ealing Hospital putting more pressure on Queen Charlotte’s. In a bizarre twist, Imperial have decided to move stroke services at St Mary’s to Charing Cross. This makes sense as Charing Cross has the best stroke unit in the country, but in doing so they state they will move the entire stroke service to St Mary’s in five years’ time.

Shepherds Bush Market, where we await the outcome of the final legal challenge to demolition in July, was featured in an evocative article in the new Statesman this week. 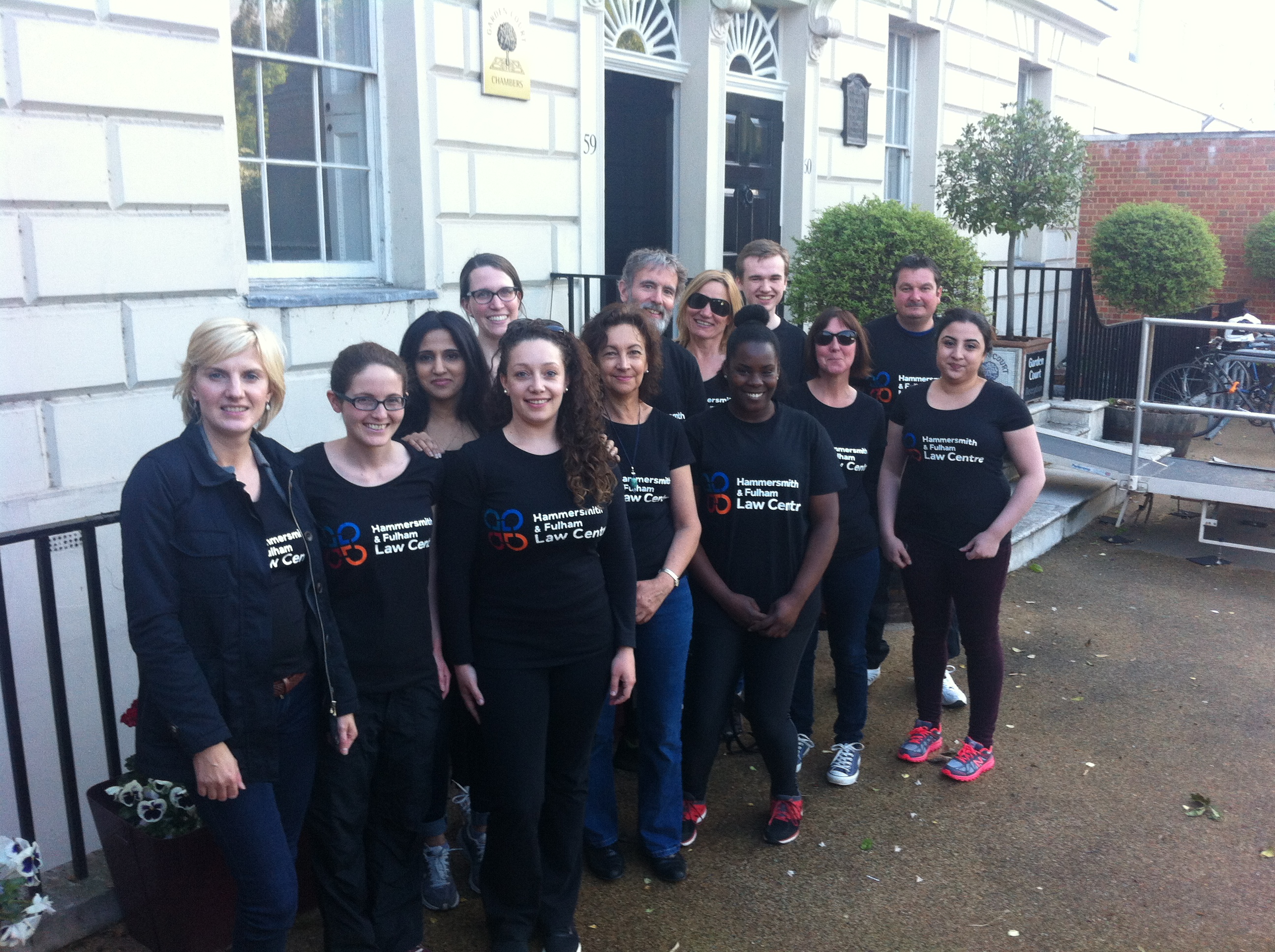 Lastly, congratulations to the team from Hammersmith & Fulham Law Centre who took part in the London Legal Walk, and who raised over £2,000.

I could not walk with them this year because of my trip to Washington, but the event was bigger than ever, and I hope to be back in 2016. There is still time to donate here.