Andy Slaughter MP has shown his support for whales by signing the International Fund for Animal Welfare’s (IFAW) whale board and backing calls for a permanent end to Japan’s Antarctic whaling.

Earlier this week, Andy attended an IFAW parliamentary event which was held to raise awareness of Japan’s plans to resume so-called ‘scientific whaling’ in the Southern Ocean later this year, and to urge politicians to raise the issue with Japan at the highest diplomatic level.

The International Court of Justice (ICJ) ruled in March last year that Japan’s Antarctic whaling programme JARPA-II did not meet the criteria for science and was therefore illegal.

Despite initially vowing to abide by the decision of the World Court, Japan quickly announced plans for further Antarctic whaling as part of a programme with a different name (NEWREP-A), to begin in the Southern Ocean after a pause of just one year.

Philip Mansbridge, UK Director of IFAW, said: “We are very grateful to Andy for showing his support for whales at such a critical time. IFAW opposes all commercial or so-called scientific whaling because it is cruel and unnecessary. This season whales in the Southern Ocean were safe from commercial slaughter for the first time in more than a century, and this should continue.”

In February this year, the International Whaling Commission (IWC) convened a meeting of an independent Expert Panel in Tokyo which concluded that Japan’s proposal did not demonstrate the need for whales to be killed to achieve its research objectives.

IFAW hopes that the IWC’s Scientific Committee, which has also reviewed the plan, will reach a similar conclusion when its report is released later this week.

Mansbridge added: “We urge Japan to heed the findings of the World Court and expert scientists and to accept that non-lethal research is the way forward.” 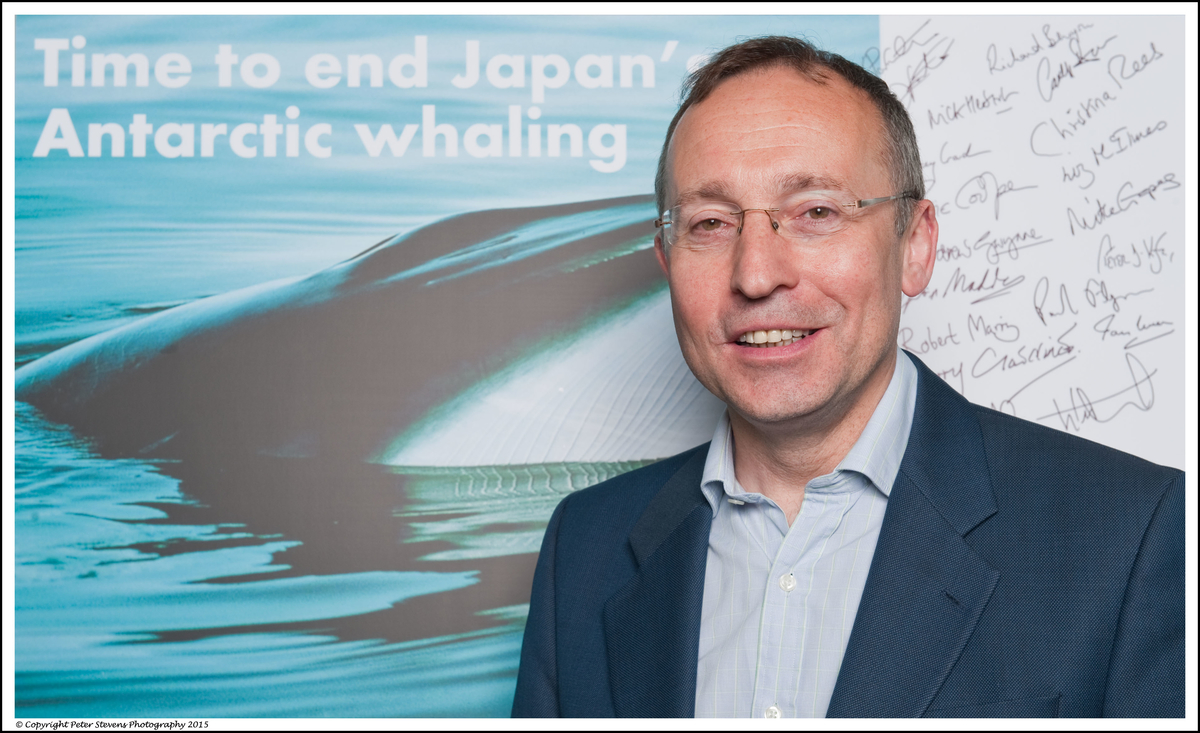 Andy Slaughter MP said: “I was happy to support the great work IFAW’s do to protect whales at a time when they face a greater threats than ever before. These amazing animals should be protected, not hunted.”

Japan wants to target 333 minke whales a year for the next 12 years; around 4,000 whales in total. This is despite limited appetite for whale meat and international opposition to whaling.

Since the global moratorium on commercial whaling was introduced, Japan has killed more than 14,000 whales in the name of science, the vast majority of these in the Southern Ocean.

IFAW works in whaling countries to promote whale watching as a humane and sustainable alternative to the killing of whales that is better for whales and for coastal communities.

Founded in 1969, IFAW saves animals in crisis around the world. With projects in more than 40 countries, IFAW rescues individual animals, works to prevent cruelty to animals and advocates for the protection of wildlife and habitats. For more information, visit www.ifaw.org. Follow them on Facebook and Twitter.