The Labour MP for Hammersmith has signed up to a new campaign to end the ovarian cancer postcode lottery, launched by national charity Target Ovarian Cancer.

Mr Slaughter pledged his support for the new campaign in parliament this week after Target Ovarian Cancer released a new report highlighting the regional differences between survival rates of ovarian cancer, awareness and participation in clinical trials. 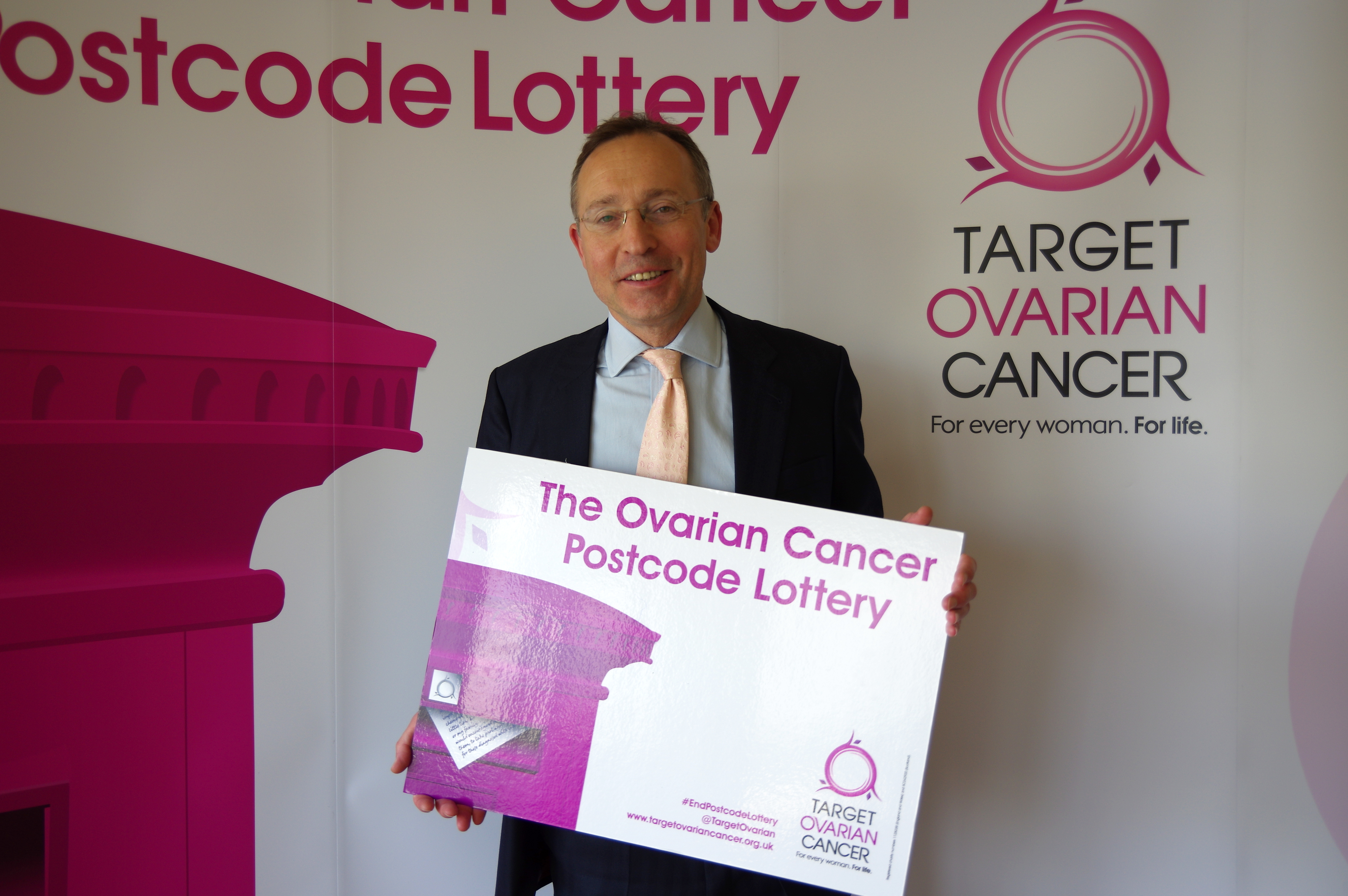 Annwen Jones, Chief Executive for Target Ovarian Cancer, said: “Whilst cancer doesn’t discriminate by address, this new report clearly shows that women with ovarian cancer are facing a life-altering postcode lottery. Women with ovarian cancer should be able to access the best standards available, no matter where they live in the UK.

“This is why we’re launching The Ovarian Cancer Postcode Lottery report today and calling on all MPs to make sure that women with ovarian cancer are getting access to the best treatment and care possible. We need to stop women needlessly dying because of where they live.

“The most important thing is that women know what to look out for. That is why we need a national awareness campaign so that every woman knows the key symptoms which are having a bloated tummy or tummy pain, needing to wee more often/urgently and always feeling full.”

For more information and to read the report visit www.targetovariancancer.org.uk

Background information about the campaign from Target Ovarian Cancer

Target Ovarian Cancer is the national ovarian cancer charity working to save lives and help women diagnosed live their lives to the full, wherever they are in the UK. We do this by:

Target Ovarian Cancer is asking all editors not to use the term ‘silent killer’, as it merely reinforces perceptions that the symptoms of ovarian cancer can’t be spotted until later stages. We want to increase early diagnosis, in order to save lives, and therefore need to change these perceptions.

Symptoms of ovarian cancer are frequent (they usually happen more than 12 times a month) and persistent, and include:

Other symptoms can include unexpected weight loss, change in bowel habits, and extreme fatigue.

If you regularly experience any of these symptoms, which are not normal for you, it is important that you see your GP. It is unlikely that your symptoms are caused by a serious problem, but it is important to be checked out.