What’s going on up at the Scrubs?

Meaning the open space and the Old Oak and Park Royal Development Corporation that has taken over the area.

London’s biggest development site, and the UK’s biggest infrastructure project, is going to be with us for many years to come and is going to have a profound effect on the lives of those who live around it.

Recently I’ve met the HS2 team to hear about changes they are proposing to their interchange at Old Oak.  I’ve also met the Grand Union Alliance -; a network of residents’ and community groups from the four affected boroughs (us, Brent, Ealing and K&C).

This is what I’ve found out.

    The major depot immediately north of the Scrubs that used to house Eurostar trains will now be used for the new Hitachi trains on the Great Western line.  This means it will stay there for the next 25 years and provide a useful barrier between the new development and the Scrubs.  However, the GLA is proposing a massive subway under the depot to make this the main pedestrian route from the HS2 station (the size of Waterloo) southwards -; i.e. directly across the Scrubs.  Not a good idea.

    HS2 will not insist on turning the south of the Scrubs into wetlands -; but will provide funds for improvements that local people and the Friends of the Scrubs want.

    The Heathrow Express depot, near the border with K&C, is being relocated to Slough. That in itself is not an issue for us, but the knock-on effects mean more construction traffic will be routed along the A40, Old Oak Common Lane and possibly onto the Old Oak Estate.

    There are significant additional works around the borders of the site between us and Acton that will impact on businesses there and may cause more congestion problems.

    Old Oak Common Lane will be closed for a year, though not in the near future.  This is to allow its improvement and to lower the road for double decker buses.  Pedestrian and cycle access will continue.

    The idea of an extension of Crossrail up to Hertfordshire has been dropped but there will be new sidings and a viaduct built just south of Wells House Road -; described by Acton MP Rupa Huq as the most blighted road in England.  This is to allow Crossrail trains to turn around and go back through central London.

I am sufficiently troubled by some of the above -; and by the fact that you have to read through hundreds of pages of technical jargon to even try and understand what is going on -; that I have decided to petition against the latest proposals.  This has to be done by 14 August.

What’s going on in the Scrubs?

Two weeks ago I spent a morning in our local prison, with the Prison Reform Trust, talking to staff and inmates.

Firstly, the good news.  The governors and the officers I spoke to seem genuinely committed to running a humane and rehabilitative regime and are working very hard to keep all aspects of prison life going, including work, education and treatment for addiction, physical and mental health problems -; all of which are rife.

However, the Scrubs is a pretty dire place.  Last September the Chief Inspector of Prisons produced a damning report as did the Independent Monitoring Board.  And things are not much better now.  Last week it was classed as one of the three worst prisons in the country.

The explanation is not hard to find.  Assaults, self-harming and suicides are dramatically up.  Overcrowding is endemic, staff have been cut by a third, meaning there is less opportunity for time out of cells.  Many inmates are locked up two to a small cell for 23 hours a day.

It is easy to ignore prison conditions -; out of sight is often out of mind -; but the regime imposed by the last government is counter-productive.  All but a tiny number of prisoners will at some stage be released into the community, and increasingly that is with addiction and mental health problems and with no attempt having been made to equip them for work or living in society.

What’s going on at Charing Cross?

Not a lot was my view after a series of private meetings with the local NHS except a slow run down of services in the expectation of demolition in five years’ time.  Though they are starting work on the plans for that this autumn -; another bonanza for management consultants.

But I followed up by attending the Imperial Board meeting last week, and discovered:

    Stroke services will be moving from St Mary’s Paddington to Charing Cross, bolstering the already excellent services there.  The Stroke Association made a plea to the Board to leave them at Charing Cross permanently, but this was ignored.

    They are now describing the long-term plan for emergency services at CXH as ‘a 24/7 A&E appropriate to a local hospital’.  I asked what this meant and was told they couldn’t say now but would tell us by autumn next year! Previously, I was told this ‘A&E’ will be staffed by GPs and will be the same as a walk-in clinic but with a few short stay beds and x-ray facilities.

    The business plan that will contain all the details of the new development including financial information is to be kept secret until finalised no earlier than autumn 2017.

These last two points are unacceptable, and I have made Freedom of Information requests for both the details of the A&E services and the business plan.

Meanwhile, the closure of Ealing maternity services, which puts extra pressure on us, is described as a ‘success’ and the privately-run Ealing Urgent Care Centre, has been exposed by ITV as offering inadequate care.

Last week the market Traders were in court in a last (or last but one) ditch stand to stop developers demolishing the historic Market and forcing the long-term traders out.  They lost that hearing but are considering an appeal.

I hope they do appeal because the decision they were challenging was outrageous.  After a month carefully hearing evidence from all sides -; including me -; a planning inspector decided the scheme cooked up between the developer and the last Tory council would not preserve the essential features of the Market and therefore the land could not be compulsorily purchased.

The Conservative Secretary of State overturned the Inspector’s decision in a two-page letter that gave no reasons. 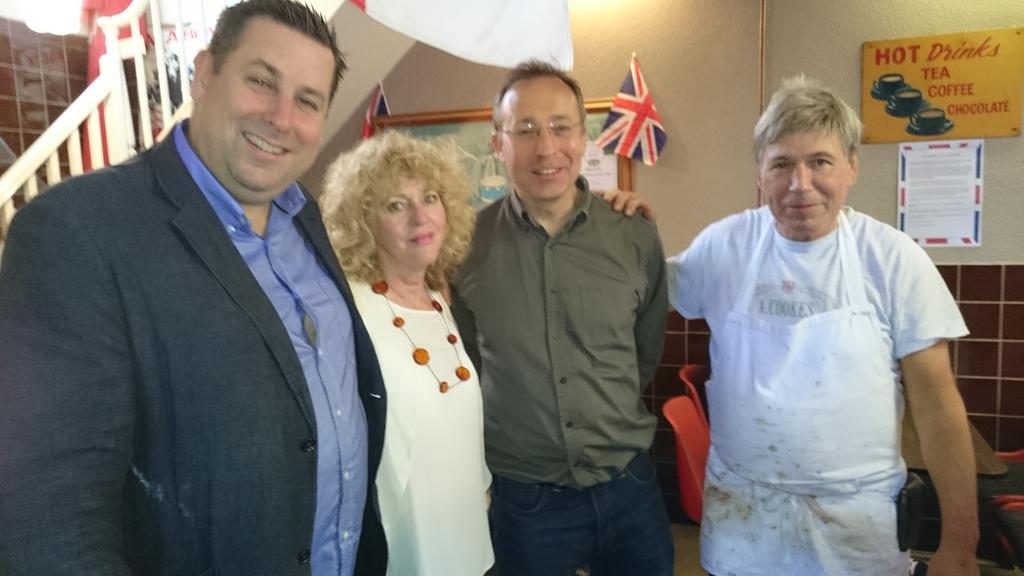 Sadly, even if the traders do win it will be too late for Cooke’s Pie & Mash Shop in Goldhawk Road which closed a week ago after 80 years on the site and 120 in the same family, a victim of the Market development.  There was a great turnout to say goodbye to Audrey and Mike.  Let’s hope they can
find another venue in Shepherds Bush.

What else is going on?

    There is a great play on at the Bush at the moment -; about the lengths people have to go to to get legal advice now civil Legal Aid has been all but abolished.  A lot of the material is based on actual local cases provided by our wonderful Law Centre.

    I have found a great new café in Shepherds Bush, Dazy Kitchen, which is now our regular stop off after weekend door-knocking. It’s on Thorpebank Road and is open all week serving breakfast, lunch and coffees.

    The Thatched House is coming back.  I hate the loss of traditional pubs and pub names -; so it is good news that the Thatched House in Dalling Road (currently the ‘Butcher’s Hook’) is going to get its historic name back under new owners. 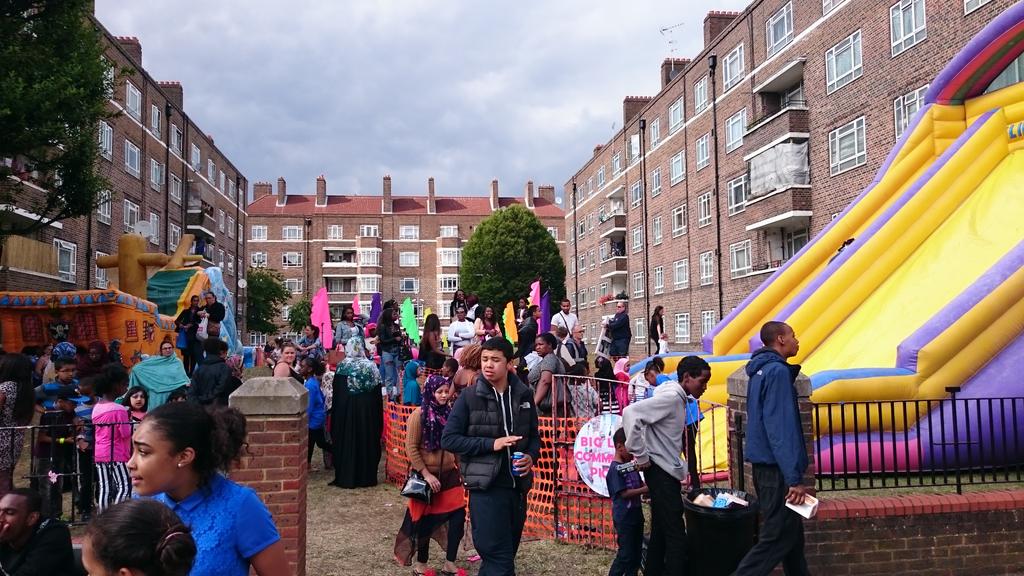     The W12 festival was a huge success in the White City sunshine last week, thanks to all who made it work from Our Big Local, especially Emma, Gary and Lucy. 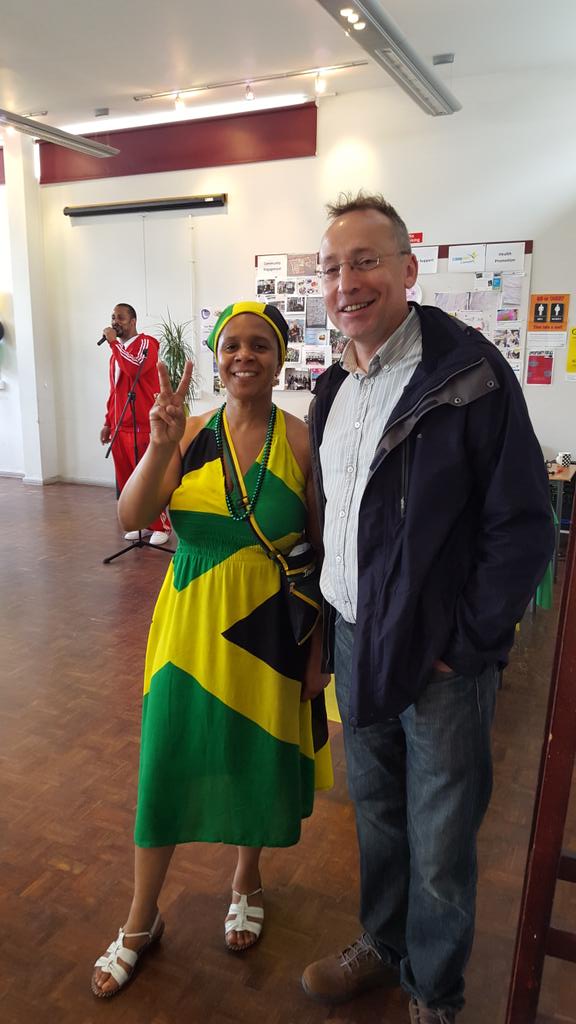     As was Jamaica Day this week.  White City resident Andreene Eaton brought the community together to celebrate the 53rd anniversary of Jamaican independence with food, entertainment and a lot of Caribbean pride.

    Do you know anybody over 50 who cannot take their dogs for a walk? The local Age UK on Greyhound Road now offers Dog-walking services for residents of the borough of Hammersmith and Fulham, who are unable to walk their dogs due to health reasons. Contact Age UK for more information: 105 Greyhound Road, London, W6 8NJ, 020 7386 9085.

I’m sure there is lots more going on in H&F this summer.  Let me know and I’m happy to feature it here or on twitter or facebook.

If you are getting a break whether here or away, enjoy the good weather while it lasts.