London’s Air Ambulance, the charity that delivers an advanced trauma team to critically injured people in London, has treated 27 patients in Hammersmith & Fulham in the first half of 2015.

An Infographic released by the charity, which includes activity specific to the borough, is encouraging residents to donate the price of a cup of coffee towards a second helicopter before the ‘Your London, Your Helicopter’ campaign finishes on 27th September. 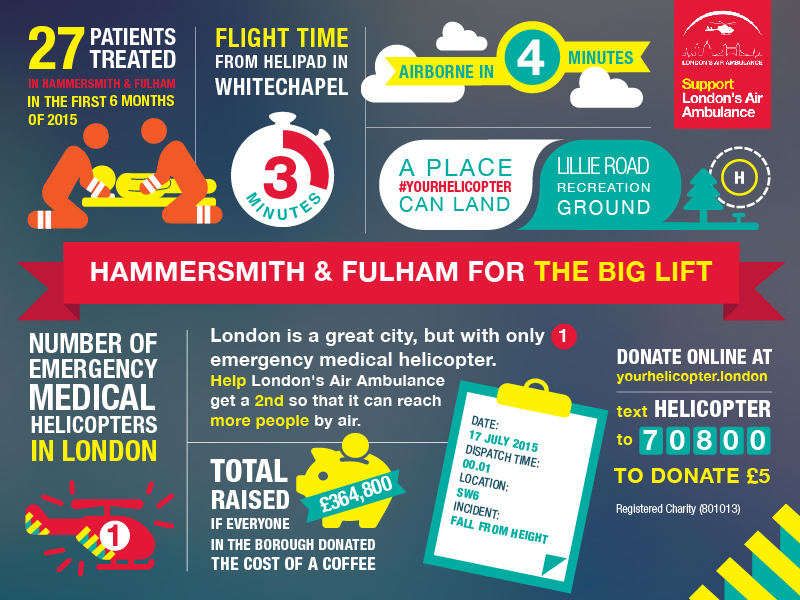 “London’s Air Ambulance provides a unique, life-saving service to Londoners. That’s why I am supporting this vital campaign to secure a second helicopter.” 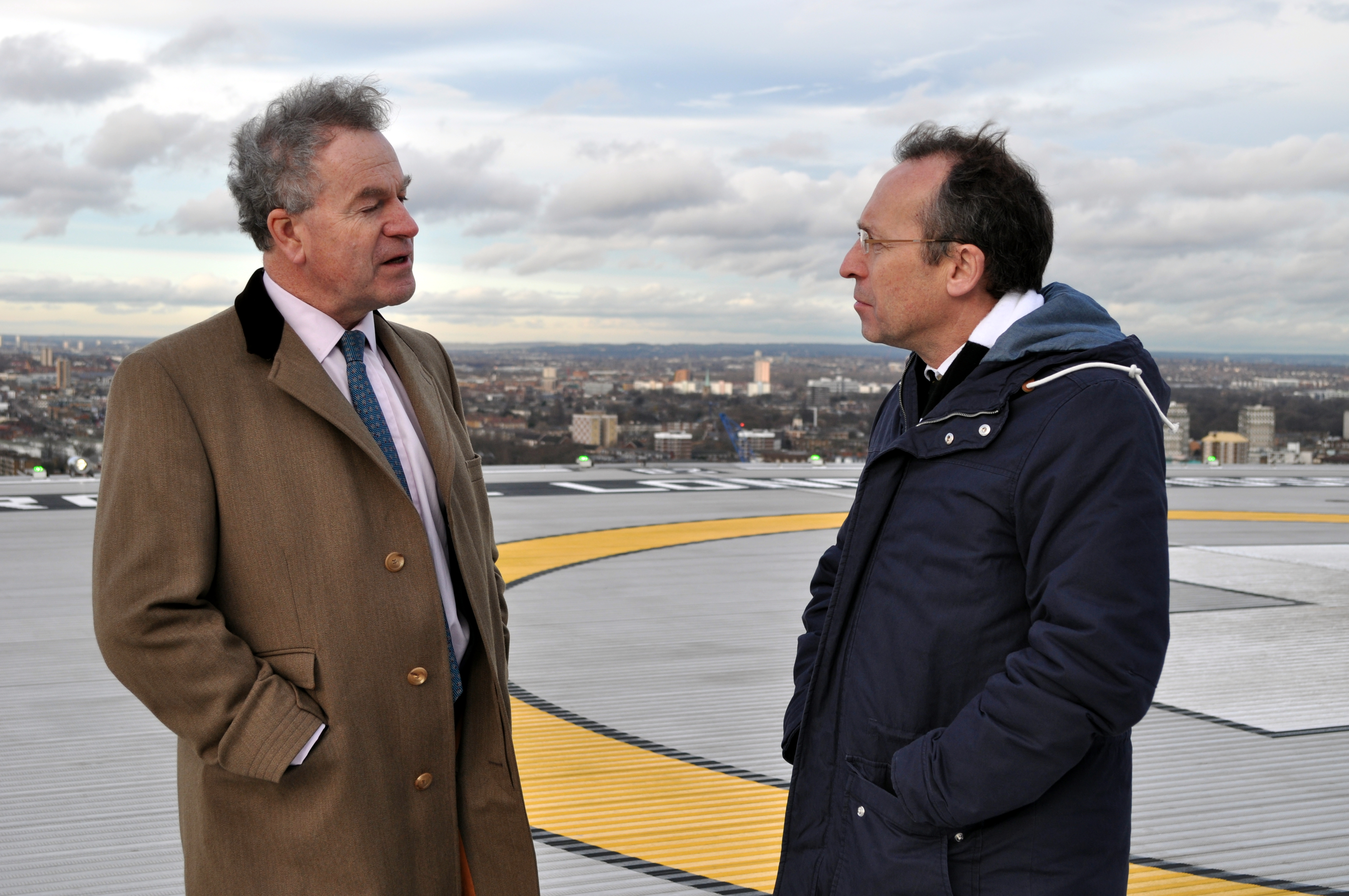 The charity delivers an advanced trauma team to critically injured people in London. When the helicopter is available, the team can be by a patient’s side up to eight times faster than in a rapid response car. Its current and only helicopter has already been offline for the equivalent of over 50 days so far this year for essential maintenance. With a helicopter available at all times, the charity would be able to treat more patients via air.

Graham Hodgkin, Chief Executive Officer at London’s Air Ambulance said: “It is thanks to the support of Londoners that we have raised £4 million of the £6 million target so far. We are so close to getting the second helicopter in the air and I would like to thank Andy Slaughter for helping us make one last plea to everyone to support the charity during ‘The Big Lift’.”

Donations can be made online at yourhelicopter.london or by Texting HELICOPTER to 70800 to donate £5.

ABOUT ‘YOUR LONDON, YOUR HELICOPTER’

In its largest ever fundraising drive, the ‘Your London, Your Helicopter’ campaign is hoping to raise £6 million, of which £2 million is still needed, to sustain a second helicopter and extend the charity’s daylight flying hours for five years.  The charity is urging the 10 million people who live, work and holiday in the capital to donate at yourhelicopter.london or text HELICOPTER to 70800 to donate £5.

Through the acquisition of a second helicopter and by extending its daylight flying hours in the summer months, the charity will be able to reach an estimated 400 more patients per year by aircraft.