Andy Slaughter MP took on the challenge of cleaning up the streets at the Labour Party Conference this week, when the charity Guide Dogs offered him the chance to learn more about the daily difficulties faced by people living with sight loss.

Guide Dogs is calling on MPs and the public to back a new Bill to outlaw irresponsible parking.

According to the charity, badly parked cars are putting the lives of pedestrians up and down the country at risk every day. These vehicles are forcing people to step out into the road, without being able to clearly see on-coming traffic.

The charity used a unique twist on the fun-fair game, Hook-a-Duck, to highlight the campaign and Mr Slaughter became the guide when he helped a rubber duck navigate a stream full of obstacles. 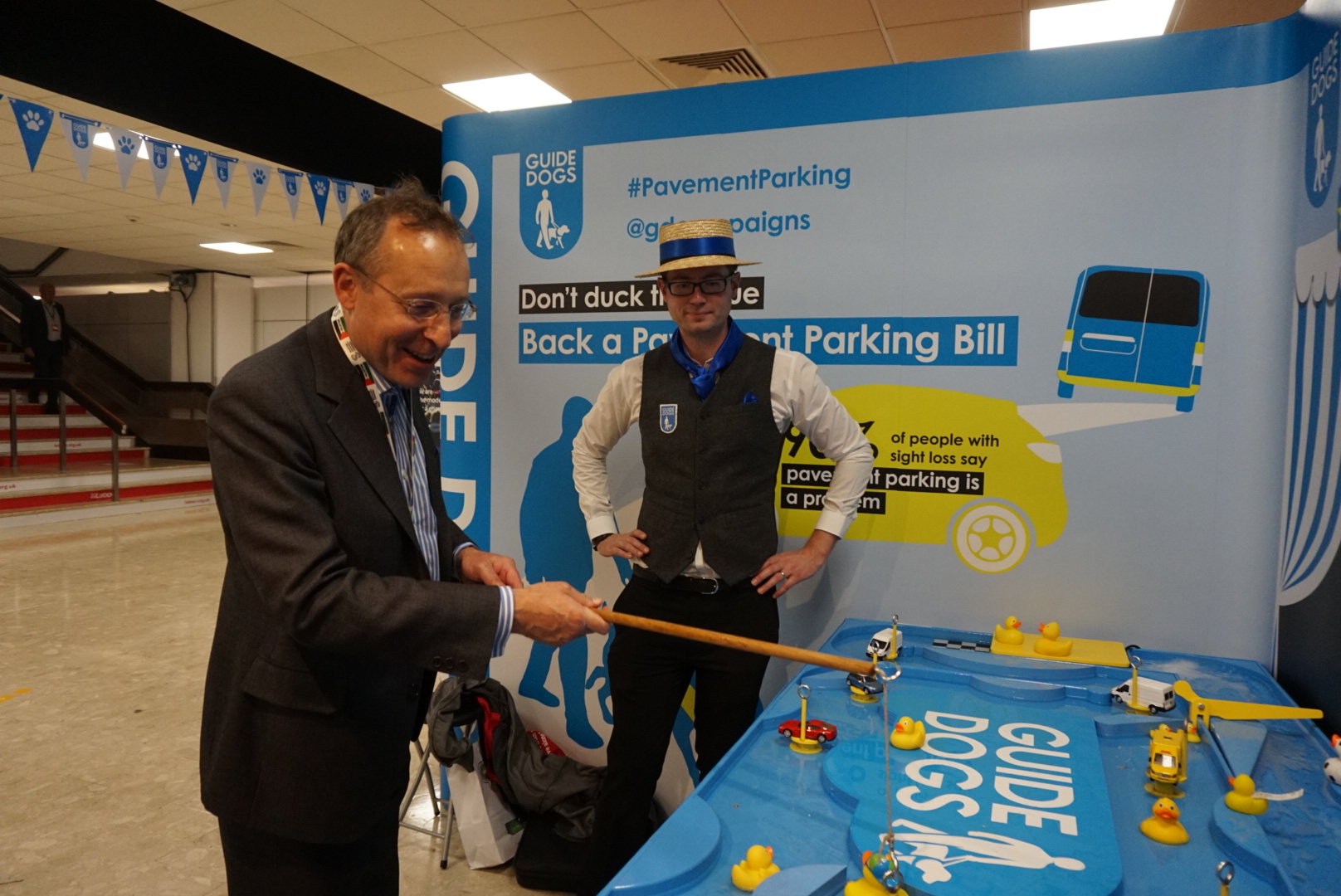 The MP for Hammersmith is supporting Guide Dogs campaign on pavement parking, including a proposed law to restrict it to designated areas.

There are nearly two million people in the UK who are living with sight loss and by 2050, there could be nearly four million. So it’s more important than ever that our streets are safe for people who are blind or partially sighted.

Irresponsible pavement parking is already prohibited in London but, with the law in the rest of the country unclear, there is still much confusion amongst motorists about where they are allowed to park.

“Pavement parked cars can be dangerous street obstructions, forcing pedestrians to onto the road to avoid vehicles. That’s why I back this great campaign from Guide Dogs and it was a pleasure to meet some of their hard-working team this week.” 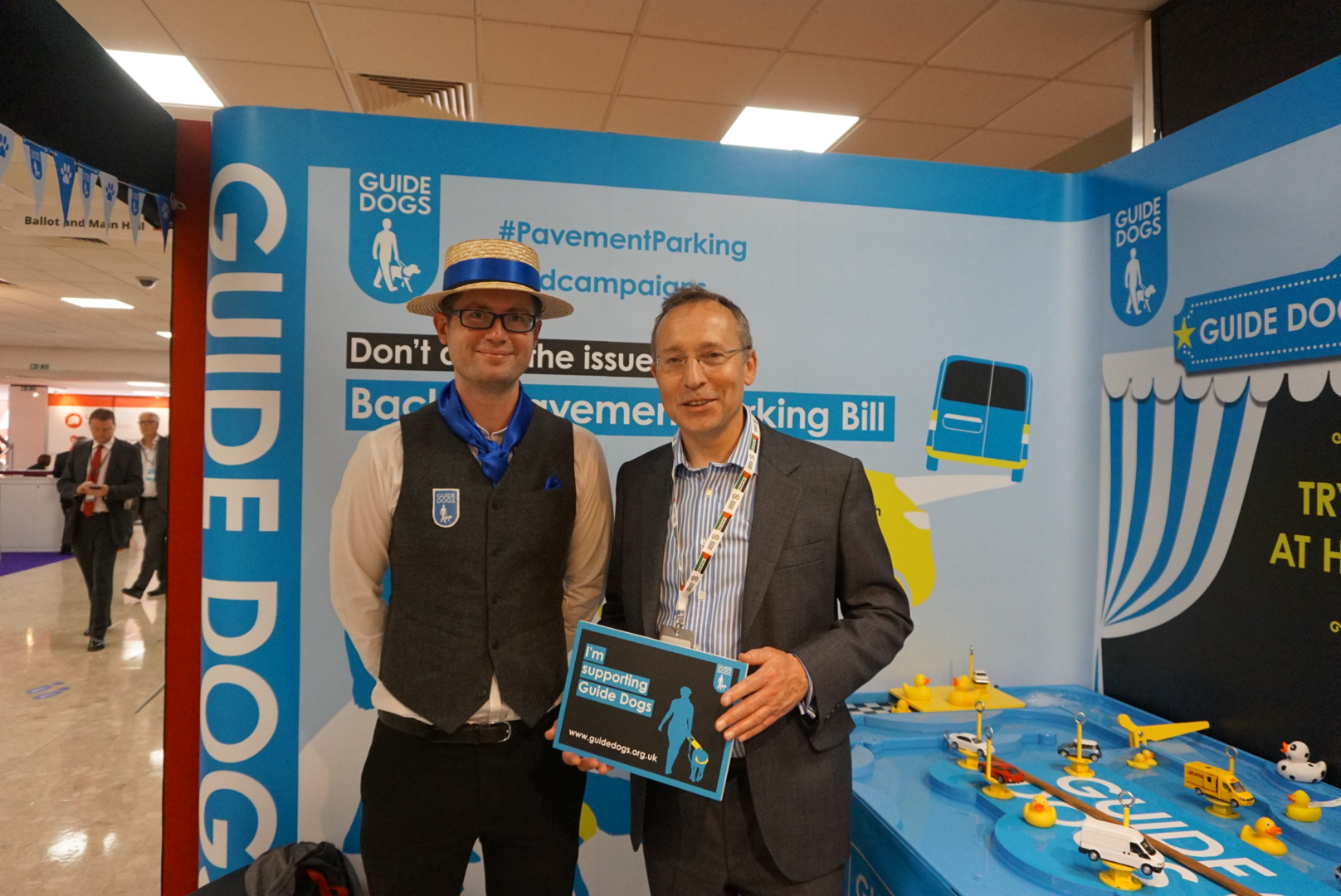 “It is terrifying for someone who cannot see oncoming traffic to take the risk of stepping out into a road because someone has decided to park on the pavement. We hope this year will see this dangerous exercise outlawed once and for all, and call on all MPs to back a change in the law.”