After much reflection and research, and after listening to the views of many people, including constituents, fellow MPs and the Government, I have decided that I cannot support British military action in Syria at present, and tomorrow I will vote against the motion in the House of Commons that sanctions it.

It is my view that the eradication of Daesh from Syria, Iraq and around the world is a necessary process and one in which the UK should be engaged, including through effective military action.

While I am not currently persuaded that it would be lawful for the Royal Air Force to bomb Syria, I agree that this is arguable and it is not the principal reason for my opposing the proposed military action.

There are three tests that I do not believe the Government have passed, and that the Prime Minister failed to satisfy in his statement to the Commons last week.

First, there is no tactical plan for taking control of the area of Syria currently occupied by Daesh should bombing be successful in dislodging them, (which itself is questionable, given that bombing of that area by 11 other countries has continued for over 15 months). There are not competent, relevant or motivated ground troops who are sufficient to the task at present.

I made this point to the Prime Minister during his two and a half hour statement on Syria last week. You can read his response here.

Secondly, there is no functioning international alliance that can turn short-term military gains into a programme for the peaceful governance of Syria. The Vienna talks are a start to such a process, but at present the aims of Turkey, Russia, Iran and the NATO countries are so disparate as to be chaotic.

Thirdly, the permanent defeat of Daesh in Syria requires the end of conflict, which is what allows it to thrive. Any short-term retrenchment will likely benefit the Assad regime, which is itself responsible for seven times as many civilian deaths as Daesh this year. That may mean a shift in the balance of forces, but it will bring us no nearer to resolution.

I want Britain to engage in: a concerted diplomatic effort to wean Russia and Iran away from their support for Assad, and Turkey and Saudi Arabia from giving comfort, if not actual support, to Islamist extremist groups; a peace process that allows non-extremist opposition to talk to the acceptable parts of the Syrian Arab Army and Kurdish forces; and a concerted attempt to cut off the funds and arms sustaining Daesh.

That is a very difficult, perhaps impossible, agenda, but to engage in bombing missions on the basis of ‘something must be done”, or even on the basis of solidarity, without clear objectives does not show sound judgment.

There are other arguments for and against intervention: that our contribution would be small, especially given the lack of military targets without the risk of civilian casualties; that we should support allies, whether they be the Iraqi or French Governments; and that we remain at risk from Daesh attacks on the UK, whether we take further military action against them or not.

However, the three points set out above are my red lines. I will, of course, review my decision in the light of changing events, but given the UK’s poor record of intervention in the Middle East over the past decade, I think that further military incursion should be approved only if a high burden of proof can be established.

While Syria rightly remains top of the agenda in Parliament, George Osborne can be perhaps secretly pleased that the Autumn Statement and the Comprehensive Spending Review have maybe not received as much attention as they would otherwise have done.

His U-turn over the cuts to Working Tax Credits was highly embarrassing for him, and just one example of the lack of thought put into his plans. But while these individual issues received the most attention, there is a subtext to his plans.

The CSR and the Autumn Statement are about shifting responsibility onto other people. The cuts to Working Tax Credits are still coming, but they’ve shifted back 3 years to when Universal Credit is introduced and Osborne may no longer be Chancellor. Low pay is being subsidised but rather than encourage employers to pay decent, living wages, the Chancellor shifts responsibility onto the low-paid.

Local Authorities have been told their grants will be further slashed by up to 50%, meaning all Councils will have to make increasingly difficult choices about how to fund their services. The Chancellor has told Councils to raise Council Tax, but this move will benefit wealthier areas that collect more of their budgets from Council Tax on larger properties. Poorer Boroughs will be reluctant to increase Council Tax for fear of causing problems for residents on low incomes.

Transport for London also faces cuts of £600 million. To make up for this shortfall, TfL is now looking to sell-off sites it owns across London. With the recent changes to planning laws making it easier for developers to bypass their obligations to build social housing, it is likely that most of these sites will be given over to luxury housing.

London schools are also being disproportionately hit by the cuts, with schools in H&F due to lose up to £1,000 per year per pupil and urban areas across the country losing 3 quarters of a billion to the shires.

According to the European Commission, more than 725,000 people are impacted by noise from Heathrow-that is 28% of all people disturbed by aircraft noise across Europe. Heathrow is stretching credibility to claim that the number of people affected by noise will fall when 250,000 extra planes are using the third runway. The economics of a third runway are equally questionable. That is why I and other MPs from all parties spoke in a debate, called by my colleague Ruth Cadbury MP, on this topic. You can read my contribution here and local media coverage here.

And the case for Heathrow expansion gets weaker and weaker each day. Earlier this morning the environmental audit committee warned that final government approval for the expansion of Heathrow should be withheld until it can demonstrate that it accepts and will comply with key environmental conditions -; so far it has shown no evidence of either.

In my new role as Labour’s Shadow Minister for Human Rights, I organised a roundtable discussion of human rights experts to discuss Michael Gove’s proposals to repeal the Human Rights Act. You can read my article for The Times on this subject here. At the meeting Labour Leader Jeremy Corbyn attended and spoke. I will be chairing a cross-departmental team of Labour MPs to look into how we can protect the human rights that so many have fought for. You can read a report from the meeting here.

On Monday evening I spoke in a debate on the Middl
e East. I outlined my position on Syria as above but I also raised concerns about the ‘forgotten war’ in Yemen and the worsening situation in the Occupied Palestinian Territories.

Twice now Jeremy Hunt has been hauled to the Commons to explain his behaviour over his provocation of junior doctors but he didn’t even bother to turn up to answer. I called on the Government to agree to independent arbitration of the dispute and to stop misleading the public. Yesterday he made his own statement and I took him to task on how shamefully he has behaved on this issue. You can read his response here. I welcome the decision to go to ACAS which junior doctors have been calling for many weeks. Hunt must now negotiate in good faith and stop denigrating junior doctors.

Today is Giving Tuesday, so why not Adopt-A-Spot for Christmas to help AfriCat’s work with cheetahs and leopards. AfriCat are a charity with local links who are doing much to support the rehabilitation and welfare of large cats. I recently mentioned them in a debate on lion conservation. You can read the debate here.

Following the two high-profile and, in the case of Vicki Thompson, tragic examples of trans women being imprisoned in men only facilities despite living as women for many years. My parliamentary colleague Cat Smith MP tabled an Urgent Question on this issue and forced the Ministry of Justice to immediately review their policy. You can read the debate here. 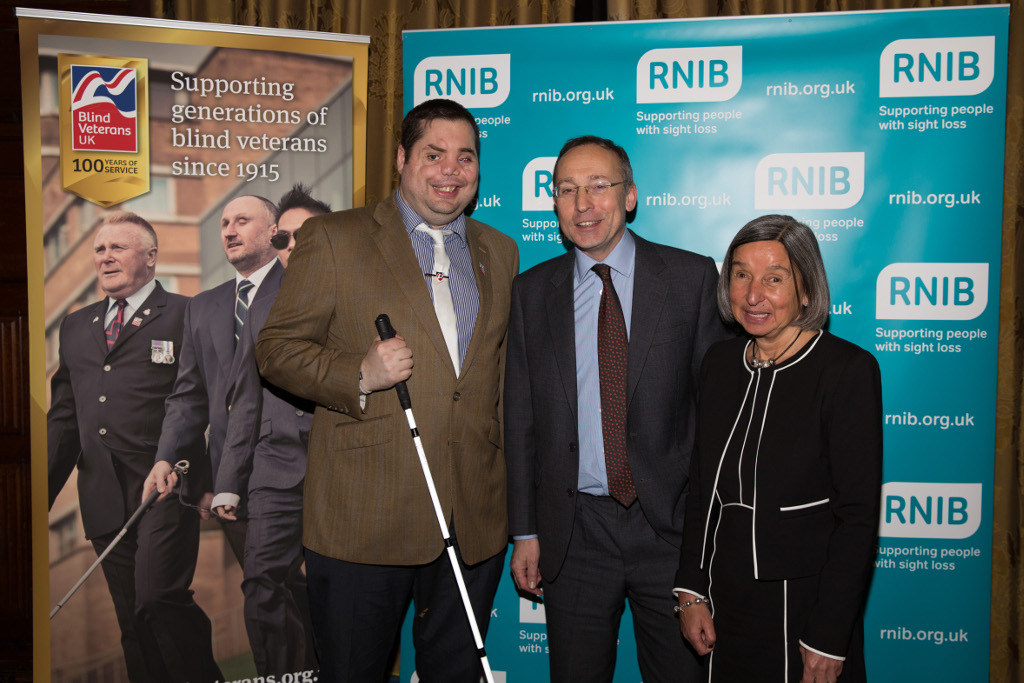 I attended a parliamentary reception hosted by The Royal National Institute of Blind People (RNIB), and supported by Blind Veterans UK, for the launch of RNIB’s new report ‘See the need‘. From meeting and discussing with the veterans, I am clear that it is crucial that blind and partially sighted people receive quality, timely support when they’re diagnosed with sight loss. 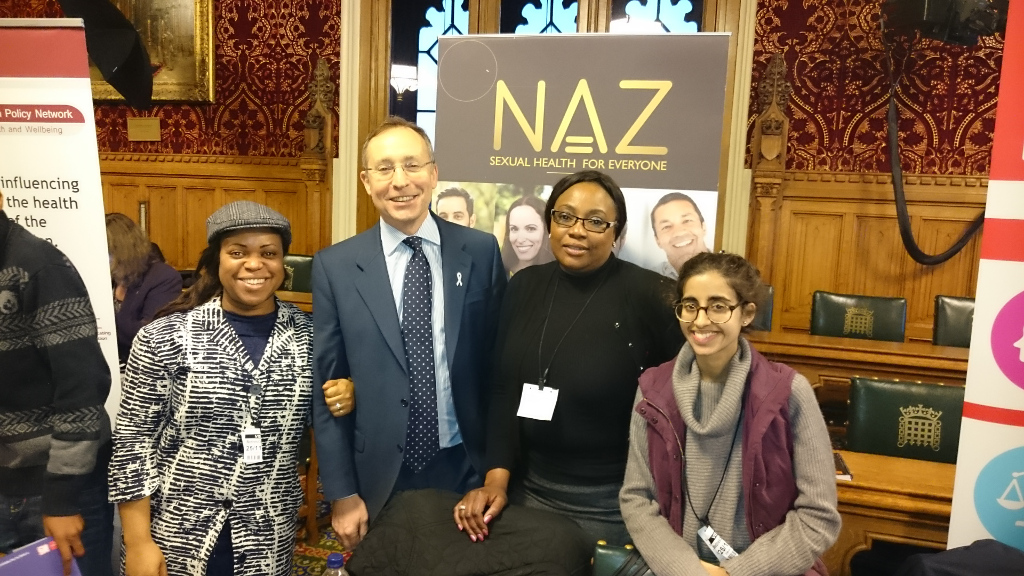 AIDS/HIV is a significant public health issue both in Hammersmith and across the country. That’s why on World Aids Day, I am proud to support the Halve It campaign and the critical work of its local and national members to drive awareness around HIV testing and reduce late diagnosed and undiagnosed HIV. I met campaigners from Halve It, local sexual health charity NAZ and Positively UK last week to discuss how I can raise awareness of their invaluable work.

United Nations Day for the Elimination of Violence against Women 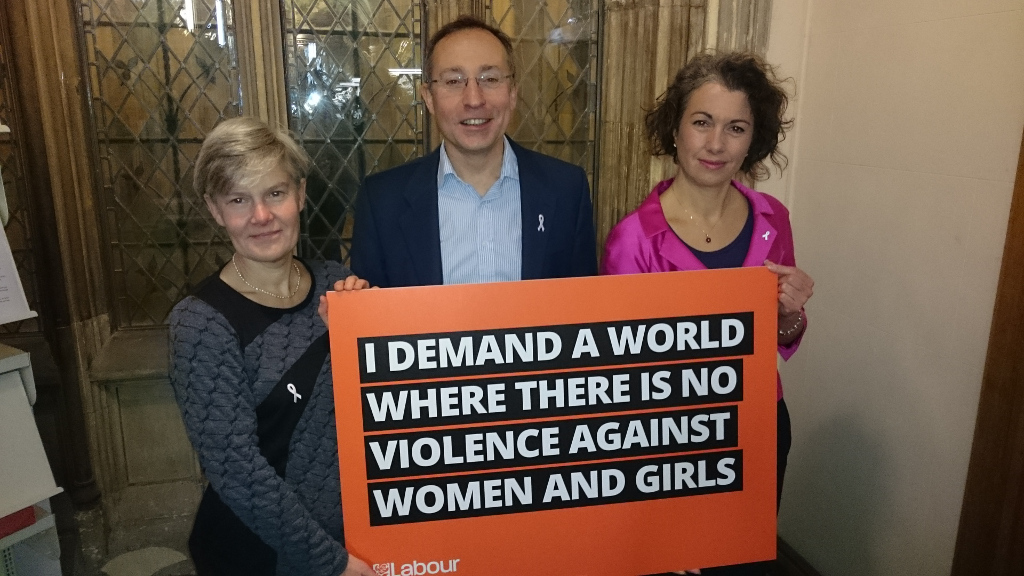 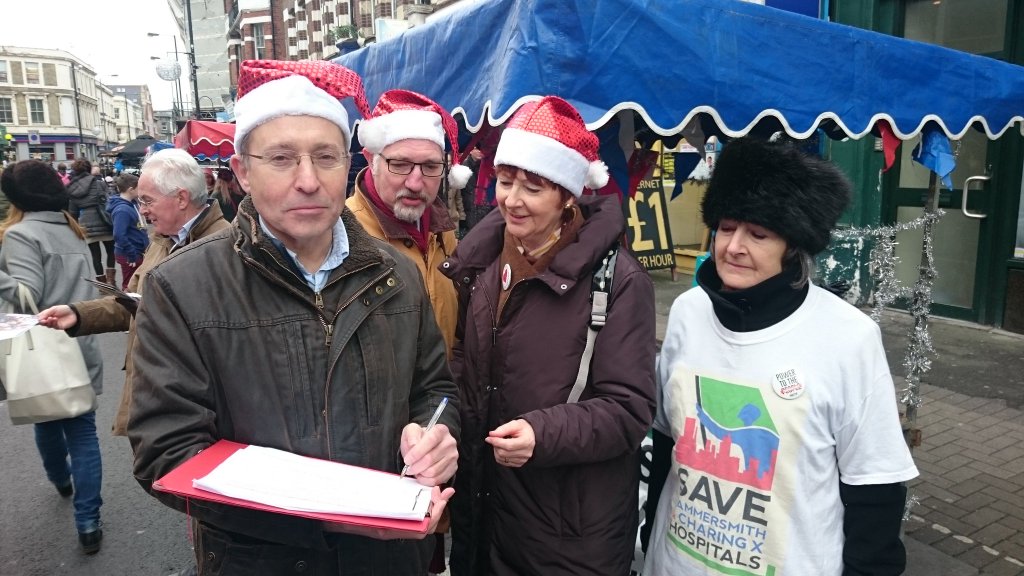 On Saturday I visited the first of two Christmas Markets being held on North End Road. The street was closed to traffic and thousands of visitors came along to support local businesses and begin their Christmas shopping. I was joined by local Councillors and had a chance to speak with volunteers from Save our Hospitals and the Hammersmith & Fulham Law Centre, who were running stalls at the market to raise money for their organisations. The next market will be held on Saturday the 12th, and I urge everyone to go along. 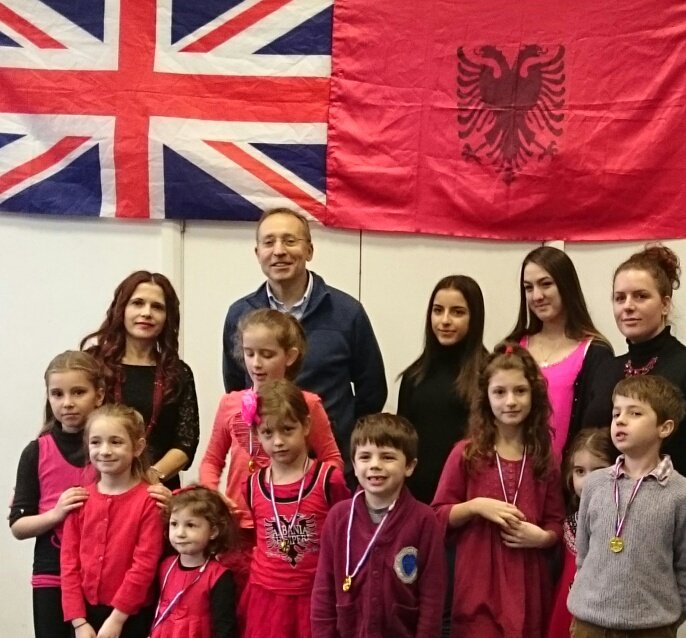 On Friday Deputy Mayor Daryl Brown and I spoke to teachers and students from Hammersmith & West London College about cuts to English for Speakers of Other Languages (ESOL) services. Hammersmith College faces real challenges with regards to ESOL provision in the future, and these cuts will have a very significant impact on local residents who will find it more difficult to gain access to services to help them learn English. Learning English is vitally important to help integration, and these cuts will only further marginalise people who already struggle to become involved in their local community.