A Mayor for all Londoners

Labour Candidate for London Mayor Sadiq Khan has been a frequent visitor to West London in the past few weeks.  Last Friday he was playing  5-a-side at Phoenix High School as part of the QPR in the community trust work with kids in White City.  The day before he was speaking to a packed meeting of trade union members at Hammersmith Town Hall and a week before was supporting Save our Hospital campaigners at Charing Cross and touring Shepherds Bush Market. 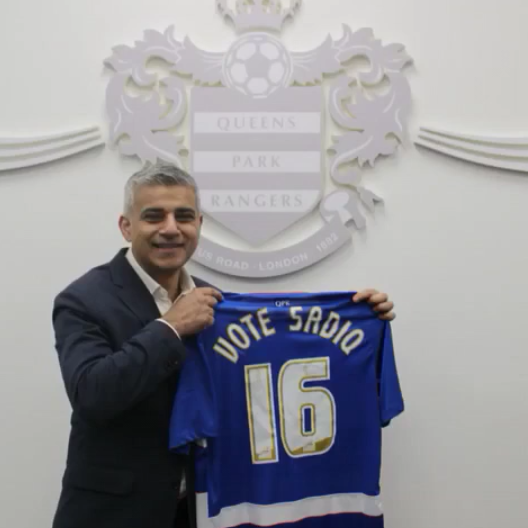 He’s also been speaking about some of the big local issues, especially housing.  He told the Guardian that as Mayor he would review the ‘Earl’s Court Masterplan’.  Infamously Boris Johnson agreed to local Tory plans to demolish 750 affordable homes on the West Ken part of the site and build ten times the number of luxury flats.

If elected Sadiq will have direct responsibility for the Old Oak area north of Wormwood Scrubs -; a Mayoral Development Corporation, where 24,000 homes are planned alongside HS2 and Crossrail.  Current Tory plans for the area include no genuinely affordable homes, only a minority of ‘starter homes’ costing £450,000 a piece.

Sadiq’s housing and planning policies are set out in his manifesto, published last week, along with his promises on neighbourhood policing, to freeze fares for four years and to improve air quality -; and of course to oppose Heathrow expansion which would directly blast Hammersmith with noise, congestion and pollution.

At Shepherds Bush Market, Sadiq talked to traders worried they would be forced out by the redevelopment or rent hikes.  Some families have run their shops and stalls for a hundred years, and like many traditional London markets it is under threat from greedy developers.  As at West Ken, the outgoing Tory council signed sweetheart deals with the developers designed to deliver them the site on a plate -; for luxury housing without a single affordable home.

But the traders fought back and last week I joined them at the Court of Appeal for the latest -; and probably last -; round in a seven year battle to save the Market.  The case was heard by three judges including the Lord Chief Justice, our most senior judge.  We must wait another few weeks for their decision but the LCJ seemed astounded by the lack of democracy in the process thus far.  A month-long inquiry led to the planning inspector deciding the Market should not be handed over to the developer because it could lose its character, traders and traditions.

The Government sat on the report for a year before dismissing it without giving reasons.  The Court seemed very unimpressed with this approach.

I also attended and gave evidence at the inquiry into plans for a block of luxury flats in Sinclair Road by Olympia.  This is the most densely populated part of the borough, some say of London, but a developer wants to cram a lot of flats onto a small site.  In the nearby Charles House development in K&C, one-bed flats are being marketed for over £1 million, but in exchange for the noise and disruption, this developer is not prepared to offer a single affordable home on the site.

I need to write a whole newsletter about HS2, Crossrail, the development corporatrion and everything else happening at Old Oak -; the biggest development site in the UK by far, and the most complicated.

For now, I am busy doing my response to the Local Plan -; here are the details if you want to respond by 31 March -; and about to speak in the debate on the HS2 Bill before it finishes in the Commons and goes to the Lords.  I gave evidence to the Bill committee and was pleased their report agreed with my concerns for the future of Wormwood Scrubs.

But the plight of residents living immediately adjacent to the site is grim.  Spare a thought for those who live in Wells House Road off Old Oak Common Lane, who are surrounded 360 degrees by HS2 works and whose properties are blighted.  Yet they are not being offered anything like the compensation available in the shires.

I raised the issue of the West Ken/Earl’s Court development when I met Transport for London’s Managing Director and Commercial Director recently.  They assured me no decisions on further sell offs or development of land would happen before the new Mayor is in post.  This is important as the deal done on the Earl’s Court Exhibition Centres and Shepherds  Bush Market (both formerly owned by TfL) must not be repeated on their other sites, including Parsons Green Lane and the massive Lillee Bridge Depot in West Ken.

As an example of the malpractice under Boris Johnson, the Exhibition centres were sold for £375 million two years ago, but the site is now valued at over a billion.  TfL say they still have a 37% interest in the site -; now worth about £400m – so have made a profit, but their developer partner has made far more for no risk and little stake.  And to add insult, the purchase price was paid with a TfL interest-free loan.

Not only is this commercially inept it may well be unlawful under EU law, as state aid to a private company is not permitted.  Needless to say the whole deal was cooked up between the Mayor, the two Tory councils and the developer.  The deal for the council land was even worse for the public -; a billion pound site sold for a tenth of its value and planning consent granted with only 11% below market housing against a target of 40-50%.

Now you see why we need a Labour Mayor as well as a Labour council.

Residents in West Ken are finding imaginative ways to resist the developers.  Recently they found Capco had bought up the pretty Victorian cul-de-sac Empress Place, and, despite it not even being in the development area, are looking to redevelop it, no doubt as more hideous high-rise.

I joined  the Earl’s Court Action Group to demonstrate against this cultural vandalism, with many members dressing up and parading in Victorian dress. 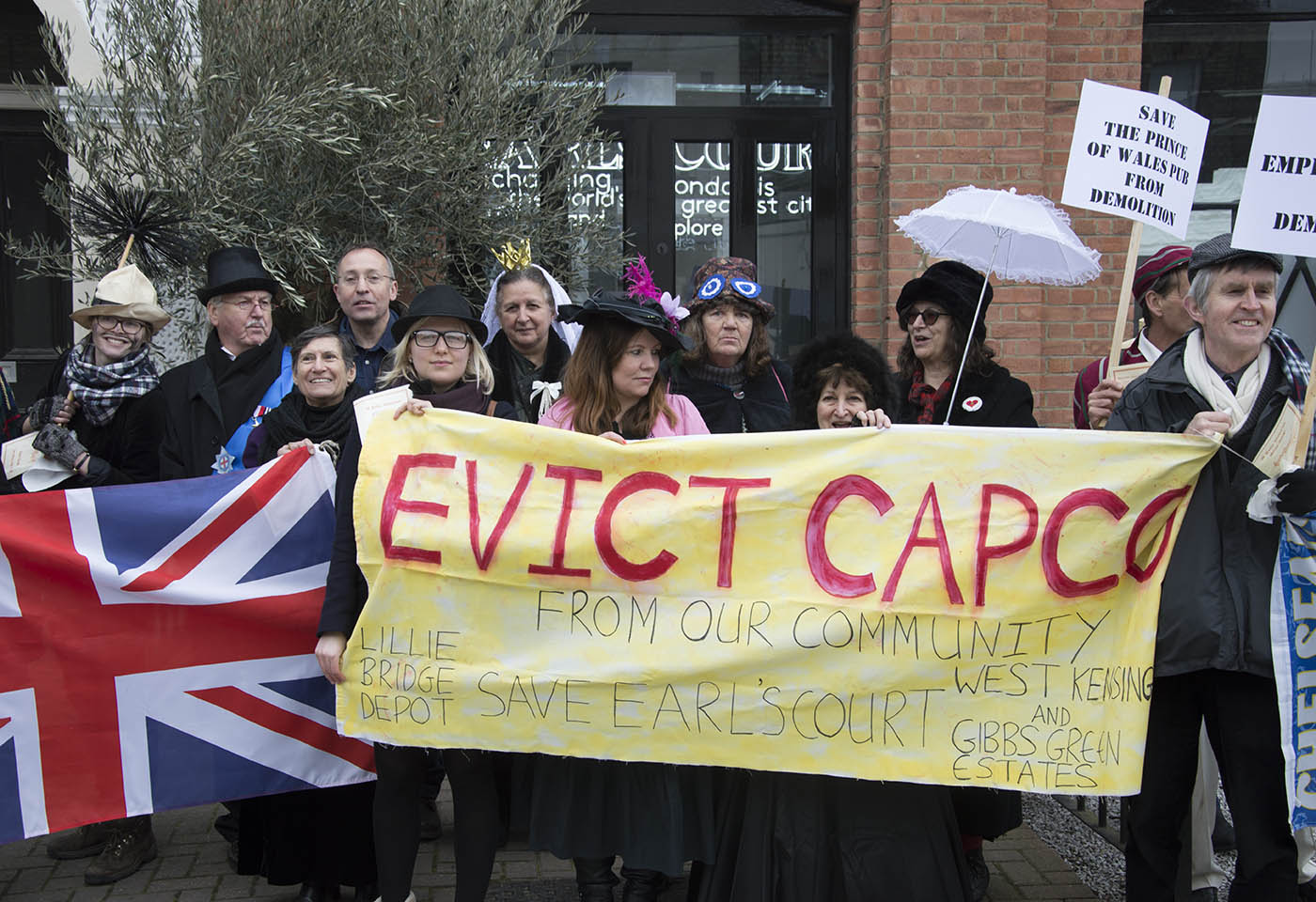 You can also help them by signing their petition.

I also discussed the Old Oak situation with Tfl, where every rail company seems to be doing its own thing oblivious of the need to integrate HS2 and Crossrail with the Underground, Overground and Great Western Line.  I complained about the delay and overspend for the new signalling and trains on the District and Hammersmith & City lines.  And I lobbied for the new Crossrail 2 station to be Fulham rather than Chelsea.

One good piece of news,  TfL are going to look again at restoring a timetabled service to Olympia Station, but don’t get too excited, this will not happen at least least until the delayed signalling works at Earl’s Court are c
omplete

Two years ago when Shepherds Bush Police Station closed to the public and Fulham PS went on reduced hours we were told that was that.  Now they have come back for more.  Fulham PS is to be sold off, and Shepherds Bush can’t be far behind.  In the meantime we may not have an operational police station in the borough for some time.

Hammersmith PS will close for redevelopment in the summer and will be rebuilt over the next two years.  By the end of the year Fulham PS will also be under development as the site for a school.  Borough officers will be stationed at Acton and Chiswick, which, while not a great distance away,  is far from ideal.

Hammersmith County Court is also doomed.  Having moved in with the magistrates’ court in Talgarth Road only a few years ago, it is now another victim of the cuts. Current users will have to travel to Wandsworth, which itself will struggle to cope as Lambeth County Court is also closing. In fact 86 courts are closing around the country, so much for local justice.You can read my initial consultation response here and some press coverage of the closures.

The need to keep our A&Es gets more urgent

Last December every NHS Trust in London bar one missed their A&E waiting time targets. Our hospitals, run by Imperial College Healthcare Trust, had their worst performance for six months only seeing 88% of patients within four hours.

Still, that’s better than North Middlesex Hospital where  an announcement was made over the tannoy telling people to go home unless they were in dire straits, as the A&E department could not cope with the numbers arriving for treatment.

At Charing Cross, there has been a 13% increase in the most serious cases attending A&E.

GPs are being asked to take the pressure off A&E, but are themselves under pressure from cuts in pharmacy budgets. Jeremy Hunt has announced plans to cut  funding to community pharmacists by £170 million. I spoke on this issue during a Commons debate..

I also kept up to speed on the junior doctors’ dispute, meeting Johann Malawana, who chairs the BMA committee.  Hunt is refusing to negotiate and intending to impose the new contract in August against the wishes of almost the whole medical profession.  But public support for the doctors remain strong. 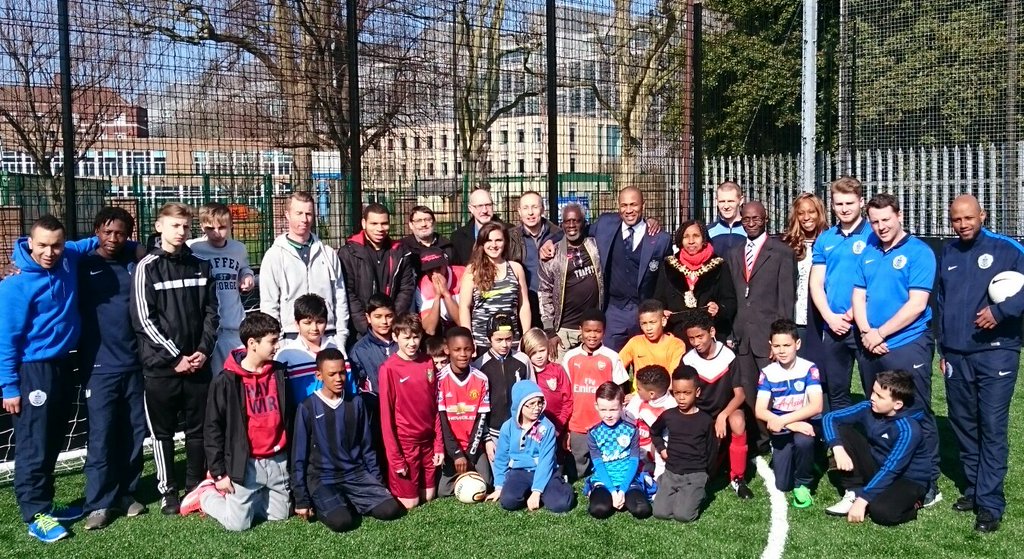 This was a happy resolution to the long struggle to buy back the land which the Tories had sold to a commercial company intent on charging ridiculous prices to play football in the park.

The pitches look great, several will now be free for community use, and part of the park that would have been lost is now back under grass or being used for tennis courts.  The whole area remains council land and residents will be further from noise and floodlights.

Congratulations to Councillor Guy Vincent who led the negotiations but also to local resident Virginia Ironside whose quick action stopped the sale and development going ahead.

In for Britain. I am doing my bit for the In campaign and joined some hardy (ie frozen) supporters in Lyric Square to make the case for ‘Remain’. Hammersmith seems to be a pretty pro-EU place, after all 15% of my constituents are from the other 27 EU countries and three time that number were born outside the UK.

The referendum is leaving some adults underwhelmed, but I am getting lots of invitations to go and talk to schools about it.  Last week I went to West London Free School for a lively discussion.

I should also plug the newly-built education centre at the House of Commons, which is really good.  Any school can apply via me or directly to the Commons for a morning of tours and role play.  I’ve met Pope John and Avonmore Primaries there in the last week. 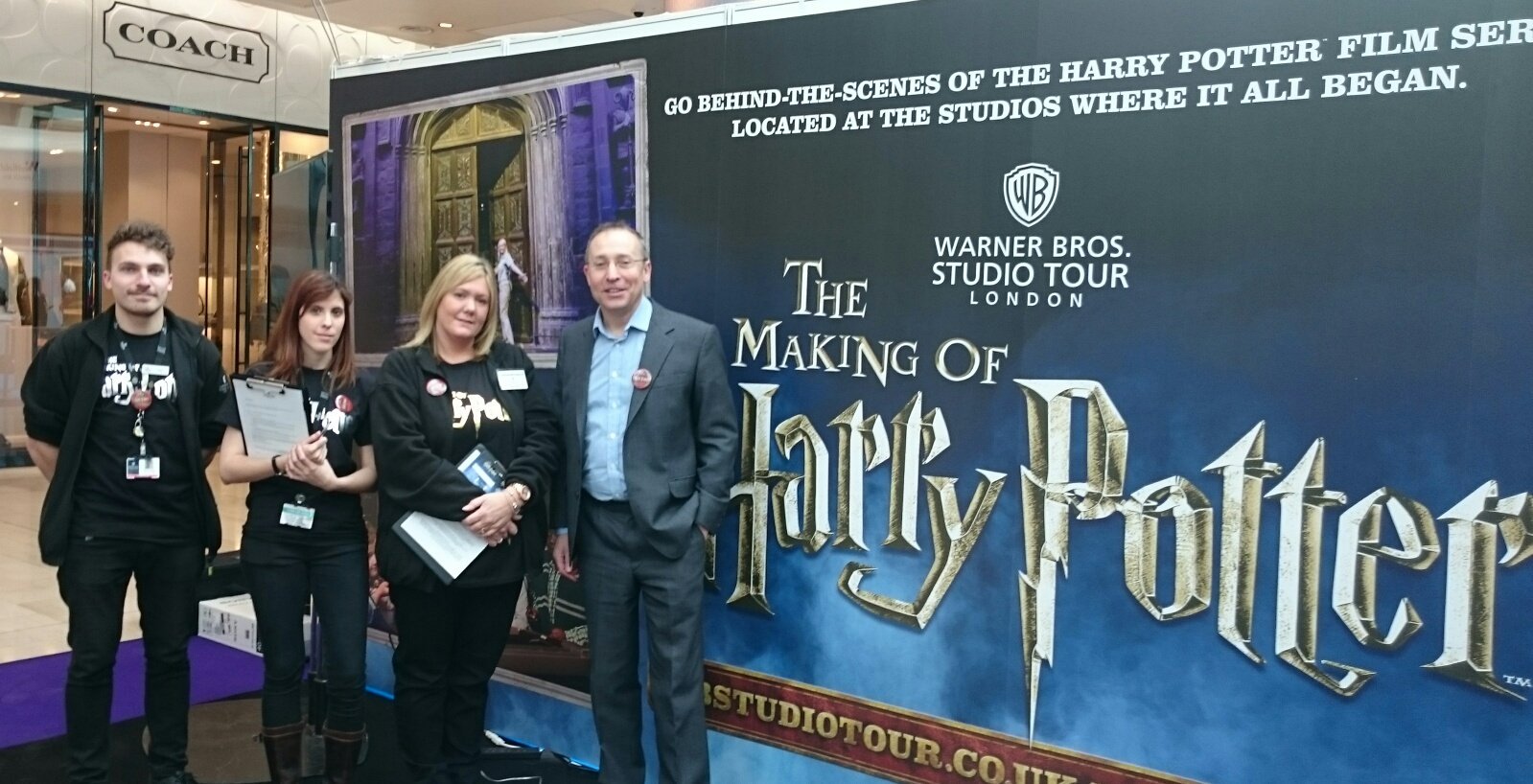 Of course we already have some fantastic businesses in H&F and last week I toured L’Oreal which employs 900 people at its UK and Ireland HQ on Hammersmith Broadway.  I declined the offer of a makeover. Perhaps that was a mistake.
We also have a great voluntary sector and I was delighted to be a guest of the Baron’s Court Project that has been helping homeless people and those with mental health issues for over 30 years. Though their star guest was local councillor Larry Culhane who has just raised £1600 for BCP by running a half marathon.

I presented the awards at the Hammersmith & Fulham Final of the “Speak Out” Challenge! organised by the Jack Petchey Foundation. The event, at Burlington Danes Academy, featured excellent presentations from all the borough’s secondary schools

The Irish Cultural Centre on Black’s Road is being rebuilt bigger and better, thanks to Shepherds Bush Housing Assoication and the Irish Government, who stepped when the previous Tory council tried to sell it off with most other community buildings in the borough.  The Ambassador and former President of Ireland held a reception to raise funds for the fitting out of the centre and to congratulate all those who have got the project this far.

Finally,  you can help the excellent lobbying and advocacy group HAFCAC by going along to their pub quiz. Details can be found on their website.