Defeat for developers in battle for Shepherds Bush Market

Two weeks ago after attending the Shepherd Bush Market traders’ appeal to the Lord Chief Justice to stop destruction of the 100 year-old Market, I warned it might be months before we had a full judgment.  I was wrong.  The Court of Appeal was able to give a robust decision in the Market’s favour only a few days later. 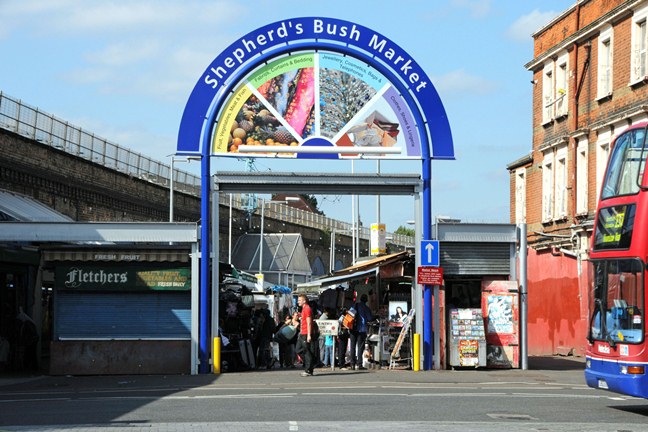 This is how the traders’ lawyers explained the judgment and here’s the local press.

But that is not the end of the matter.  Further legal argument in May will decide just how far back the decision-makers have to go in deciding what if any land the developers can force the traders and shopkeepers to sell to allow them to build their luxury flats on the site.

The ball is back in the developer’s court: will they sell up and move on, will they come up with a more acceptable scheme that improves and preserves the Market or will they try and bully the traders into submission.
This story has some way to run, but for the moment we have a breathing space and can thank our most senior judges for standing up for the underdog.

HS2 is leaving the sidings – slowly

Last week the House of Commons passed the HS2 Bill by a majority of ten to one.  But that doesn’t mean even those who voted for it -; like myself – are entirely happy with the way Britain’s biggest infrastructure project is developing.  You can read my contributions to the debate.

I firmly believe we need the new railway, and I welcome the prospect of the tens of thousands of new homes and jobs it will bring to Old Oak, not to mention putting Crossrail, Great Western and new Overground stations on our doorstep.
What I don’t like is the lack of planning in the new development -; all the more inexcusable as, unlike at Euston and other interchanges, we have a Development Corporation in situ for that very purpose. Nor do I like the way local businesses and residents, some of whom will put up with years, even decades of disruption, are being treated.

The Bill still has to get through the House of Lords before a sleeper can be laid, but the Old Oak & Park Royal Development Corporation is already at work.  You can read my response to their Draft Local Plan here.  As you can see, I am unimpressed.

It has all the hallmarks of a Boris Johnson project at present -; slapdash, hubristic and dissembling.  It promises new homes and jobs, but nothing that will benefit west Londoners waiting to get on the housing ladder or looking for a route out of unemployment.

But time is on our side, it is the new Mayor -; Sadiq Khan if my prediction is right -; who will put his stamp on the project.  I look forward to working with him.

On the last day before the Easter weekend, London MPs secured a three-hour debate in Parliament on the state of the NHS in London.  Almost all those who turned up were Labour MPs including Rupa Huq from Acton and Ruth Cadbury from Brentford & Isleworth, so the Government’s plans for Charing Cross, Ealing and other local hospitals got a deal of attention.  You can read my speech here and the whole debate here.

The minister responding was not forthcoming, but in a separate meeting with NHS England I learned that the NHS funding crisis for both revenue and capital monies is worse than anticipated.  The question is, does that make demolition of Charing Cross more or less likely?  The need to save money suggests the downgrading of services will go ahead, but the lack of Treasury funds may mean the grandiose plans for remodelling the sites cannot.  And now St Mary’s, where most of the emergency services from Charing Cross would be relocated, is itself subject to interest from a developer who wants to build a 72-storey ‘Paddington Pole’ on part of the site.

Earlier in the week, I spoke in the debate on junior doctors and on Thursday questioned the minster on why the Government is refusing to negotiate with them despite reaching agreement on 90% of the issues in dispute.

Whether you like it or not (I do) the redbrick Ealing, Hammersmith & West London College building on Talgarth Road is a Hammersmith landmark.  Now it is falling into the developers’ jaws too.  Plans to demolish it and rebuild on a fraction of the site were presented last week.  The capacity of the College would halve, leaving the rest of the site for other educational uses and housing.

I’m prepared to look at the scheme, but I fear that once we lose the existing building the large and valuable site may prove too tempting for the realtors.  EHWLC has three other sites in west London.  One, in Acton, is already being sold.  It may be tempting to switch the Hammersmith campus to upmarket residential on the excuse that educational use can be provided on cheaper land.

This is the first year of the Awards which aim to honour the achievements of the worldwide Somali community, and pay tribute to Somali success stories from all walks of life. Awards recognise role models in the fields of business, social work, sports, education and entertainment.

Over 200 people attended including celebrities, politicians and Somali-British community leaders.

In the last week I have hosted Wormholt Park Primary at the House of Commons, spoken about human rights and gender equality to the Association of Women Solicitors and attended a superbly professional concert by the Addison Singers.

That meant I missed the Fulham Symphony Orchestra concert on the same night.  But keep an eye on future events by both ensembles -; first-class performance at bargain prices on our doorstep.