Why it’s got to be Mayor Khan

I confess that I am biased when it comes to deciding who to vote for as London Mayor on Thursday.

Well, you would expect me to vote for the Labour candidate.  But I will also be voting for someone who is a colleague, a friend and a thoroughly decent person.

Most of all I will be voting for Sadiq Khan because he will make a difference on the issues I think matter to London -;and in particular to our bit of west London. 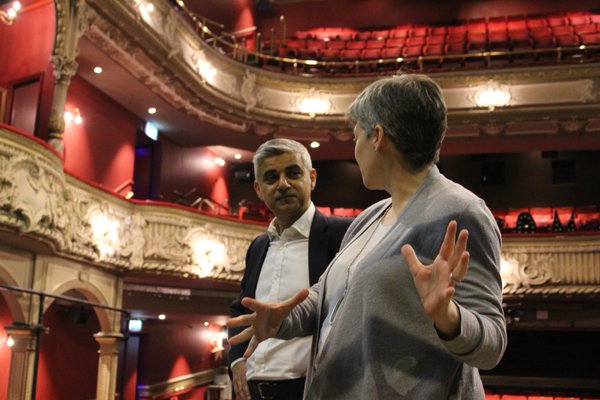 Building affordable homes, good public transport, air quality and neighbourhood policing are the key responsibilities for the Mayor, and Boris Johnson has let us down on all of them among a host of broken promises.

That’s not to say they are easy to achieve -; especially against a hostile government.  But I want a Mayor who is going to work hard and who has the character and experience to get the best deal for London.

That means, when the Mayor brokers the deal for up to 24,000 new homes on the HS2 site north of Wormwood Scrubs, we have thousands of homes that local residents can afford to rent or buy -; not, as the Tories propose, investment flats and a few £450,000 ‘starter’ homes.

It means a four-year freeze on fare increases, after the 42% hike under Boris Johnson.

It means opposing the third runway at Heathrow, even if that requires taking on the Conservative Government.

And it means a Metropolitan police force equipped to deal with everything from terrorist threats to anti-social behaviour.

Mayors are becoming more powerful, and we are likely to see the Mayor of London taking a bigger role in health and education policy too.  So I was delighted that Sadiq choose the Lyric Theatre for his campaign speech on health -; and used it to show his support for Charing Cross Hospital.

A couple of weeks before he was in Shepherds Bush Market to show solidarity with the traders.  Let’s not forget it was Boris’ decision to sell the Market to developers that put its future at risk, just as it was his collusion with the then Tory-run council that allowed the West Ken/Earl’s Court development to get planning permission.

Sadiq has promised to review the Earl’s Court Masterplan that would replace hundreds of affordable homes with thousands of completely unaffordable flats in tall towers.

After several years of fighting the asset strippers and social cleansers at local, London and national level, I confess it was a relief when Labour won control in Hammersmith two years ago and stopped the policy of selling off or demolishing affordable homes and letting developers run riot through the planning process.

But now, through its Housing and Planning Bill, the Government is wresting control from councils and giving it to the developers.  A Labour London Mayor will be the best defence for our communities for the next four years.

Zac Goldsmith has neither the inclination nor the experience to provide that leadership, and the campaign he has fought shows he is either complicit in some very negative politics, or too weak to stand up to the extremists in his Party.
A vote for Sadiq on Thursday is a vote of confidence in the inclusive, supportive and welcoming city I believe London to be. 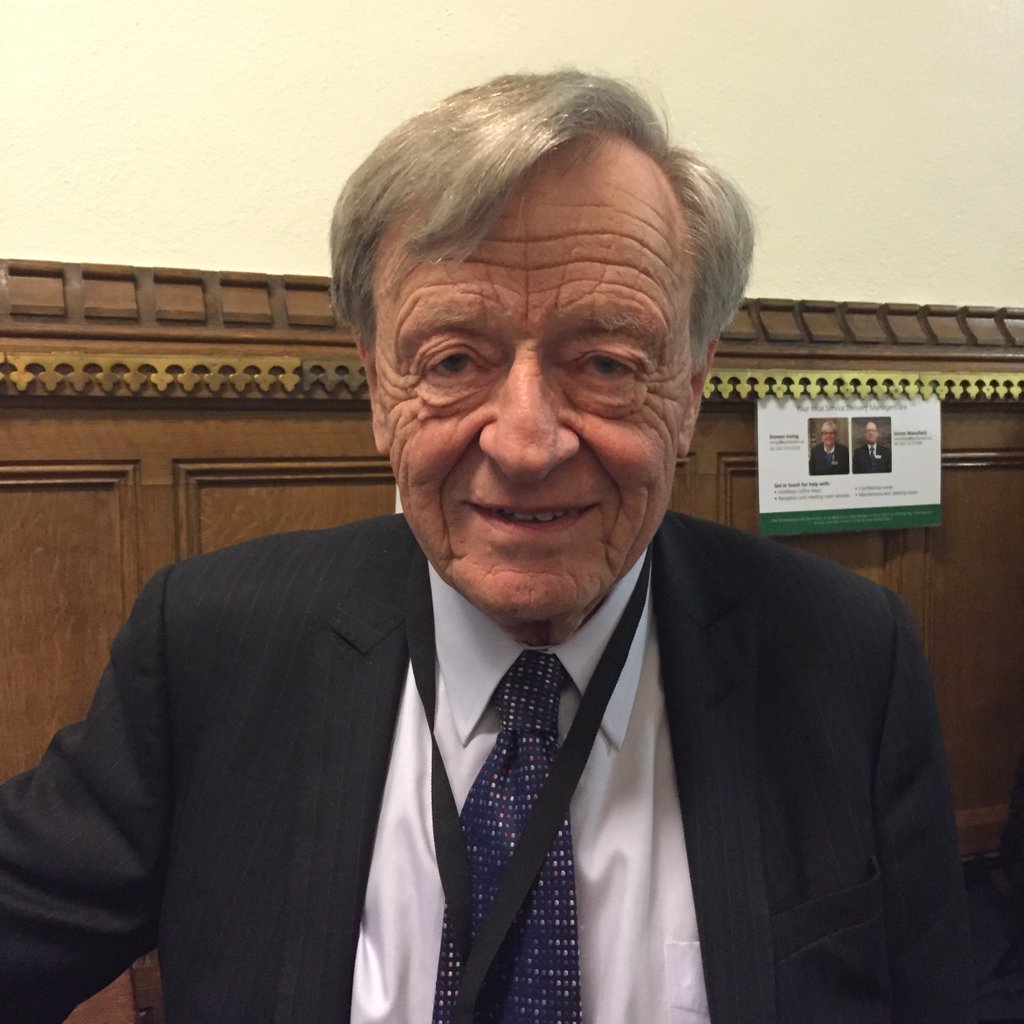 Hammersmith resident Lord (Alf) Dubs can talk a lot about London as a welcoming city.  He came here in 1938 on the Kindertransport -; one of thousands of Jewish children given refuge.  His compassion and zeal mean that eight decades on he is still campaigning for today’s refugees.  Last week the government defeated his proposal that 3,000 vulnerable children alone in Europe and at risk of violence, disease and exploitation be given a home here.

So, he won a second time in the House of Lords, again by over 100 votes, and today at Prime Minister’s Questions, Cameron gave in and agreed to accept Alf’s amendment.
I spoke in the earlier debate and Alf was in the public gallery -; afterwards challenging Teresa May on why her Government is so hostile to a humanitarian act that even the Daily Mail welcomes.  Cameron showed little grace is conceding defeat today, commenting that there was no requirement to take a specific number of refugees from Europe in the latest proposal.  We need to make his concession count -; Alf is still on the case.

Many of the children at risk are only a few miles away in the camps of Calais and Dunkirk.  I have visited the Calais camp and seen the dangerous and squalid conditions there, something I will relive when I go to see a play on refuges’ experiences there at the Curtains Up Theatre in Baron’s Court this week.

We are doing some work amongst all the soap opera at Westminster, and I’m finding the opportunity to raise some important local issues.

Yesterday we debated the crisis in the local NHS -; again -; on the back of a 100,000 signature petition to stop services being cut or downgraded at Ealing Hospital.  Ealing is under even more imminent threat than Charing Cross – all part of the ‘Shaping a Healthier Future’ programme, which looks more and more like just a money-saving exercise.  Imperial is now showing a £50 million deficit this year and this is not the largest in west London.

I did manage to get the Minister to say the ‘business case’ for closures would be made public at the end of June (more than three years after the last report), but in the meantime, with ten other west London Labour MPs, I have written to the National Audit Office to ask them to investigate the finances of SaHF.

Last week we debated aircraft noise. The debate was started by the Gatwick MPs, but I think rather taken over by west London, as we pointed out that 28% of all people affected by intrusive aircraft noise in Europe live around Heathrow, 0.5% around Gatwick.  And that’s before an extra runway is built -; a runway that the Airport Commission thinks should allow take off directly over central Hammersmith and Shepherds Bush.

I have also spoken on the failure of the Mayor and Government to plan properly for HS2 in Old Oak, in support of the junior doctors, on proper compensation for those infected with HIV and hepatitis through contaminated blood, and several times on the Tories’ plans to undermine Human Rights law.  All my Commons speeches, questions and interventions are recorded on the website They Work for You.

I was not sorry that the Transport for London Bill finally passed through Parliament today after six years.  I have spent many hours tryin
g to remove those parts of the Bill which would have allowed developments like that at Earl’s Court to become commonplace -; with TfL doing property deals with shell companies in tax havens to build even more safe deposit box flats on its sites across London.  I am pleased that thanks to a few stalwart MPs and public objectors from Hammersmith we eventually succeeded in having the obnoxious clauses removed.

A devastating report on the conditions at Wormwood Scrubs prison by the outgoing Chief Inspector of Prisons, Nick Hardwick, was toned down after he left. As always the cover up drew as much attention as the original sin but the real scandal here is of a violent, dangerous and hostile environment and a lack of work, education or rehabilitation.  Inadequate staffing, drugs freely available and little planning for release puts not just prisoners and officers at risk, but all of us -; it is no surprise the UK has one of the worst re-offending rates in Europe.

A breakthrough with Thames Water who have finally agreed to remove four of the very smelly sewer tanks at the Acton pumping station on our borders  – and cover the other two.  This has been a campaign over many years by MPs, councillors and residents from three boroughs, and should at last bring odour-free summers to Emlyn Gardens and Factory Quarter. 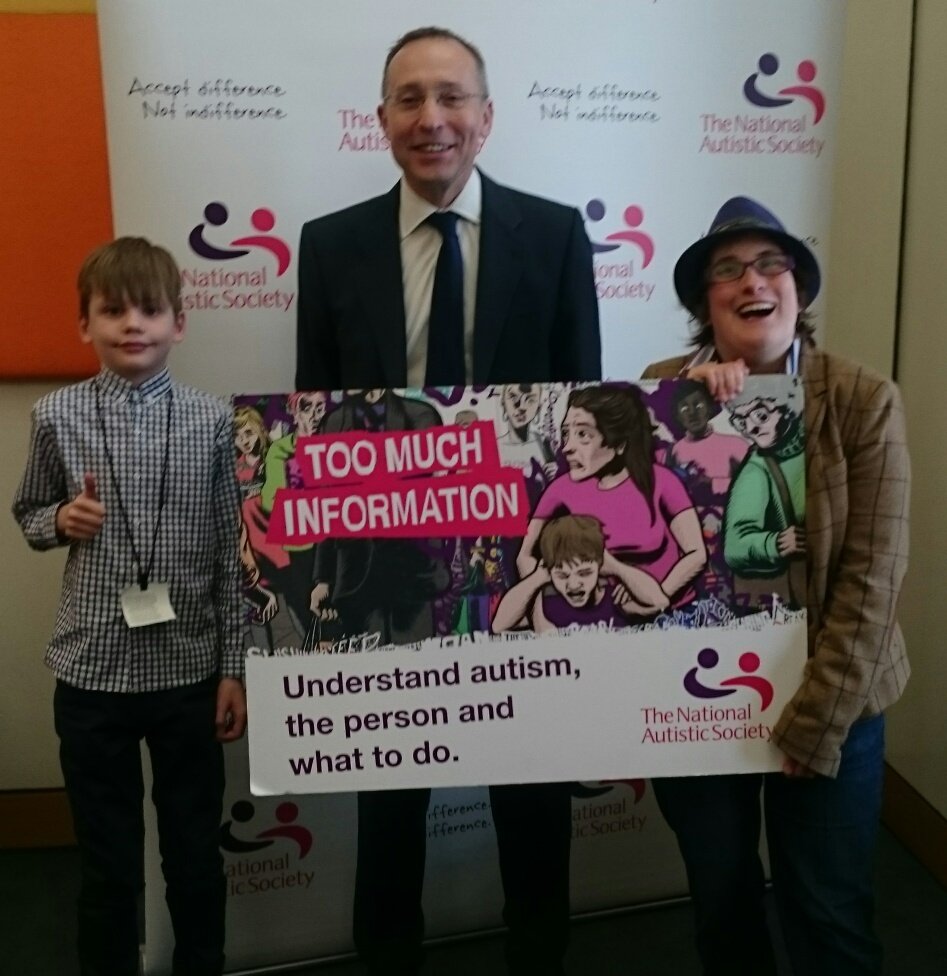 I have a strong interest in autism and was pleased to support the launch of the Too Much Information campaign by the National Autistic Society. This is an issue that unites MPs across Parliament, especially those who have personal experience   or work with schools for autistic pupils like the excellent and newly rebuilt Queensmill in Shepherds Bush.

I met with the recently-formed H&F branch of Refugees Welcome to give my support to their campaign to resettle 50,000 Syrian refugees over the next five years, instead of the 20,000 that the government has agreed -; that’s 75 per constituency and I’m proud to say H&F council has already volunteered to do its bit. I met a young dentist who escaped from Damascus via the dangerous boat trip to Europe.  He is hoping to qualify to practice here and offer his skills to the NHS.

Politics students from William Morris Sixth Form came up to Parliament for a tour and Q&A session, while Burlington Danes Sixth Form invited me to talk to them about the EU referendum. No offence to adults but I really enjoy these sessions, and am happy to visit schools or host them at the Commons anytime. 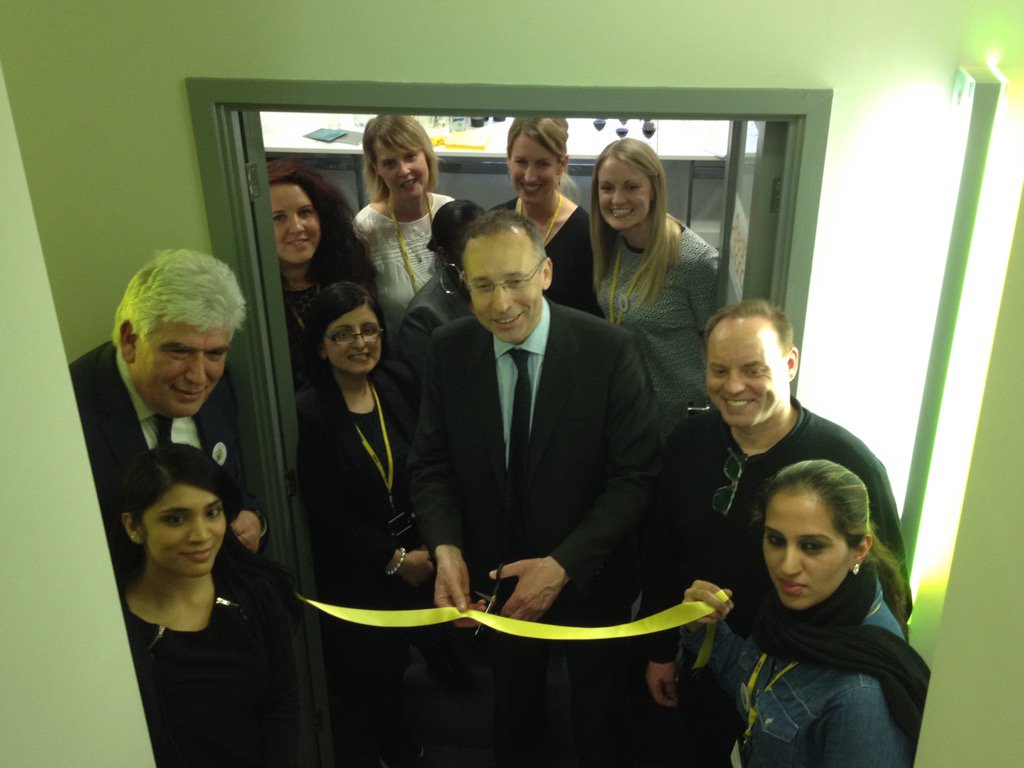 I spend a lot of time challenging housing associations (the biggest landlords after the council) on the service they give to tenants so it’s good to be praising them too.  I was asked to launch ‘Best Chance’ for Shepherds Bush Housing. This helps local people into work and volunteering, supports independent living and offers mentoring and personal support.

Three events that need your support this month.

One has already past -; last week Cllr Lisa Homan ran the London Marathon for the first time to raise funds for the wonderful local domestic violence charity Standing Together.  The good news is you can still sponsor her -; knowing she was up to the task, despite cramp after 22 miles!

I, somewhat less energetically, am taking part in the London Legal Walk in two weeks’ time.  With thousands of other lawyers from the Lord Chief Justice downwards, we are walking to raise funds for legal charities and I -; as always -; am walking for our fantastic H&F Law Centre.  With Legal Aid almost disappeared for many areas of law, law centres provide the only source of advice and representation for many of the poorest and most vulnerable people.  This is my one ask for cash of the year, please visit the Just Giving page and donate.

Finally, if you haven’t visited the Koestler Centre at the entrance to HMP Wormwood Scrubs and seen the fantastic art produced by prisoners around the country, this month is your chance.  There is an exhibition and a chance to buy excellent art at reasonable prices.