The Boundary Commission for England has been instructed by the Government to reduce the number and change the boundaries of Parliamentary seats.  If you currently live in the Shepherds Bush part of the Hammersmith seat, the Commission proposes moving you to new seats in Brent or Ealing.  Anyone living south of the Goldhawk Road and south side of Shepherds Bush Green will join another new seat that includes south Fulham.

College Park & Old Oak Ward, the area around Wormwood Scrubs, is, in terms of geography, economy, history and community ties, integrated into Hammersmith & Fulham.  It would be placed in the new Willesden constituency, otherwise exclusively comprised of Brent wards.  The rest of Shepherds Bush would form part of an Ealing seat, stretching beyond Ealing Broadway.

In other words we would be split into three unequal and illogical parts, which I think is dis-functional and unnecessary.  You can read more about these plans here.

I will be submitting an alternative proposal which will keep Hammersmith & Shepherds Bush together and has a better solution for Fulham and Chelsea too. Full details of this can be found here, with a map of my proposal for the three central London boroughs here.

The Commission has a duty to respect current Parliamentary constituencies as best they can, to keep communities together.  My proposal keeps all the current wards in the Hammersmith seat together so there is no disruption for local residents.

The Commission is consulting on these changes until 5 December.  If you object to the proposals for our area, you can submit your views online here or post them to: Boundary Commission for England, First Floor, 35 Great Smith Street, London SW1P 3BQ.  Comments must be received by 5 December.

Please copy me into your response, and let me know if you have any questions or comments.

When I saw Post Office Ltd less than a month ago about the closure of sub offices, I asked about the future of Shepherds Bush main Post Office on the Green and was told there were no plans to change it.

This was untrue as last week they started a consultation on moving it to WHSmith in Westfield. You can respond to their plans here.

This is the last Crown Post Office in the borough (that means it has directly-employed staff and offers a full range of services).  It is also very busy.  Legendary comedian and Bush resident Richard Herring has written several times in his Metro column about this Post Office -; and has joined the campaign to save it.

As readers will know this comes on top of the plans to close Morrisons and HSBC in the W12 Centre -; it all looks ominous for SB town centre.

So I’ve been meeting and corresponding with the various agents and have established the following:

–    PO Ltd want to put it in the back of WHSmith in Westfield -; not a very good location for anyone not already in Westfield -; because they have an arrangement with Smiths which will make this cheaper for them.

–    They can’t stay where they are because the owner of the premises they lease on the Green is evicting all their tenants to make way for (another) hotel.

–    The owners of W12 Centre (Land Securities) would love to have the PO relocate there as they revamp the Centre when Morrisons and HSBC move out.

–    Along with the local councillors, Sue Fennimore and Adam Connell, I’ve tried to persuade Morrisons to change their minds but to no avail.  However, W12 are confident they can find another retailer to take the space and can re-let the HSBC premises.
–    So to support W12 Centre and keep the Post Office somewhere central, please respond to the consultation asking that they move there.

By the way, this is a good illustration of why we should oppose the boundary review -; under the Commission plans the south side of the Green, including W12 Centre and Shepherds Court which suffered the tumble dryer fire in August would be in a different seat from the rest of Shepherds Bush.

Talking of the Shepherds Bush fire, last week I was interviewed on BBC Watchdog about my campaign to get Whirlpool UK to recall their faulty tumble dryers and change their safety advice to customers. You can watch the programme here.

During the programme, I launched a petition calling on the Government to urge Whirlpool UK to change their safety advice to consumers, as recommended by the London Fire Brigade, and to implement a full product recall of the faulty machines.  In the meantime I want Whirlpool to stop telling people they can use the dryers.

I hope the petition will raise awareness of this issue, as many of the five million owners of these dryers don’t know they are dangerous, and put pressure  Government and Whirlpool to take appropriate action. Depending how many people sign we can force the government to respond or get a debate in Parliament.  Please make sure you sign the petition now.

When I said two weeks ago that plans for Heathrow expansion would start falling apart I meant in the next few years not the next few days.  But the Times and the Standard have exposed the lies behind Heathrow’s economic case -; the only area in which it previously claimed to outperform Gatwick.

The benefits from a third runway have been overestimated by £86 billion, and the net benefit to the UK is less than Gatwick’s second runway, before any of the downsides are factored in.

Given how easy it is to pick holes in Heathrow’s arguments, it is galling that the so-called rebels on the Government side have tamely fallen into line.  Hardly a word out of Boris Johnson and Justine Greening, and this from Greg Hands:
‘how grateful I am to the Prime Minister for allowing those of us who have longstanding concerns about expansion at Heathrow to take a different view about the future of our airports.’

That doesn’t sound like a man who is prepare to stand up for long-suffering constituents and vote against his Government’s misguided policy.

Scrubs coming back to H&F

This is not more about boundary changes.  As part of the HS2 project, the Mayor of London took over a lot of the Old Oak and Park Royal area. Boris, in a land grab, also took charge of Wormwood Scrubs, leading many of us to think that he intended if not to build in it
then to incorporate it into his ‘mini-Manhattan’ of looming skyscrapers.

Now Sadiq has reviewed the plans and indicated that the Scrubs will be taken out of the development area and returned to the borough.  Excellent news and all credit to Friends of Wormwood Scrubs for not taking no for an answer. 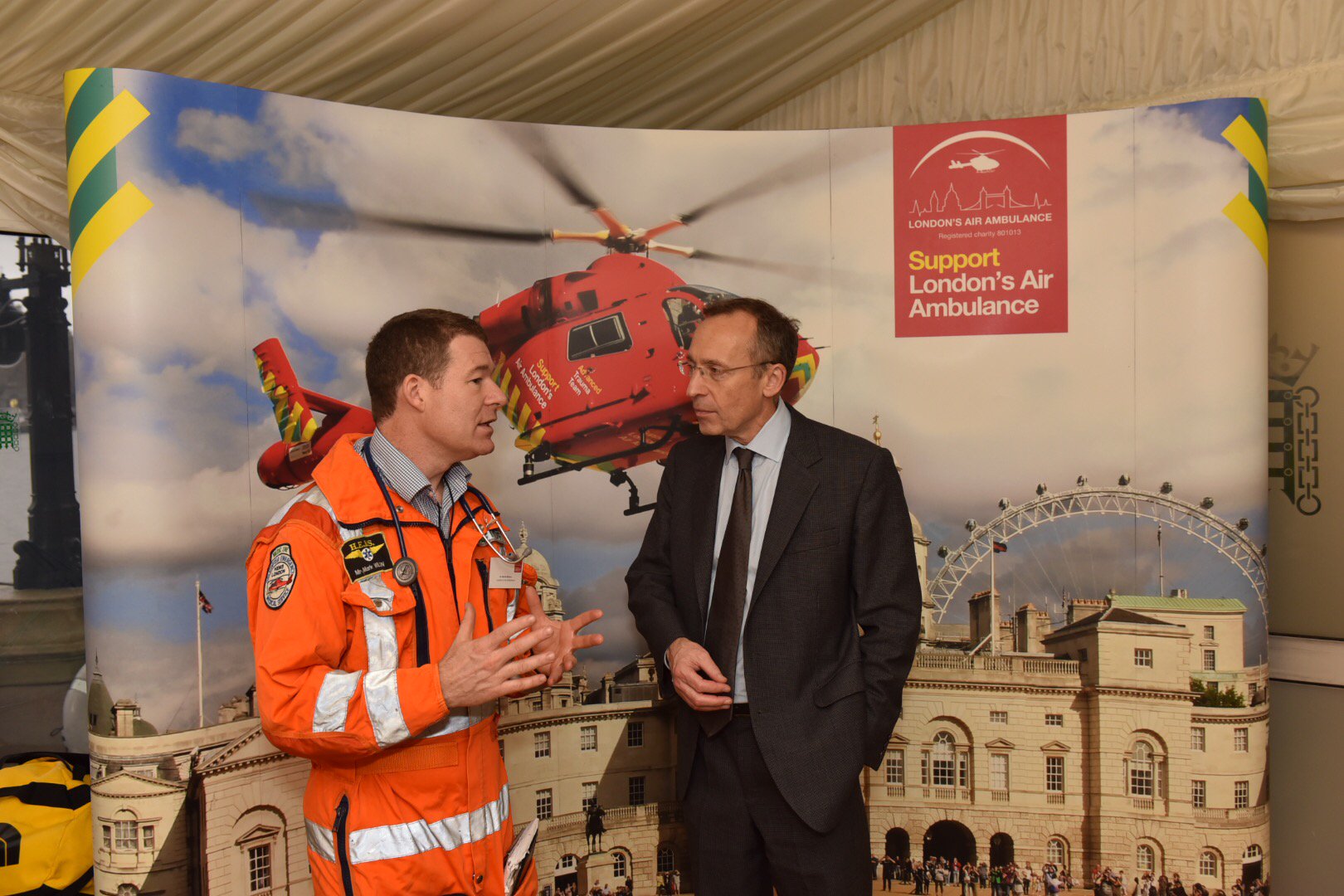 The London Air Ambulance crews came to the Commons last week to talk about their work. Among them Professor Mark Wilson, Consultant Neurosurgeon at Charing Cross and St Mary’s.  They really do save lives with great skill under extreme conditions and are at the cutting edge of acute surgical techniques.  Please show your support by  donating to the service. 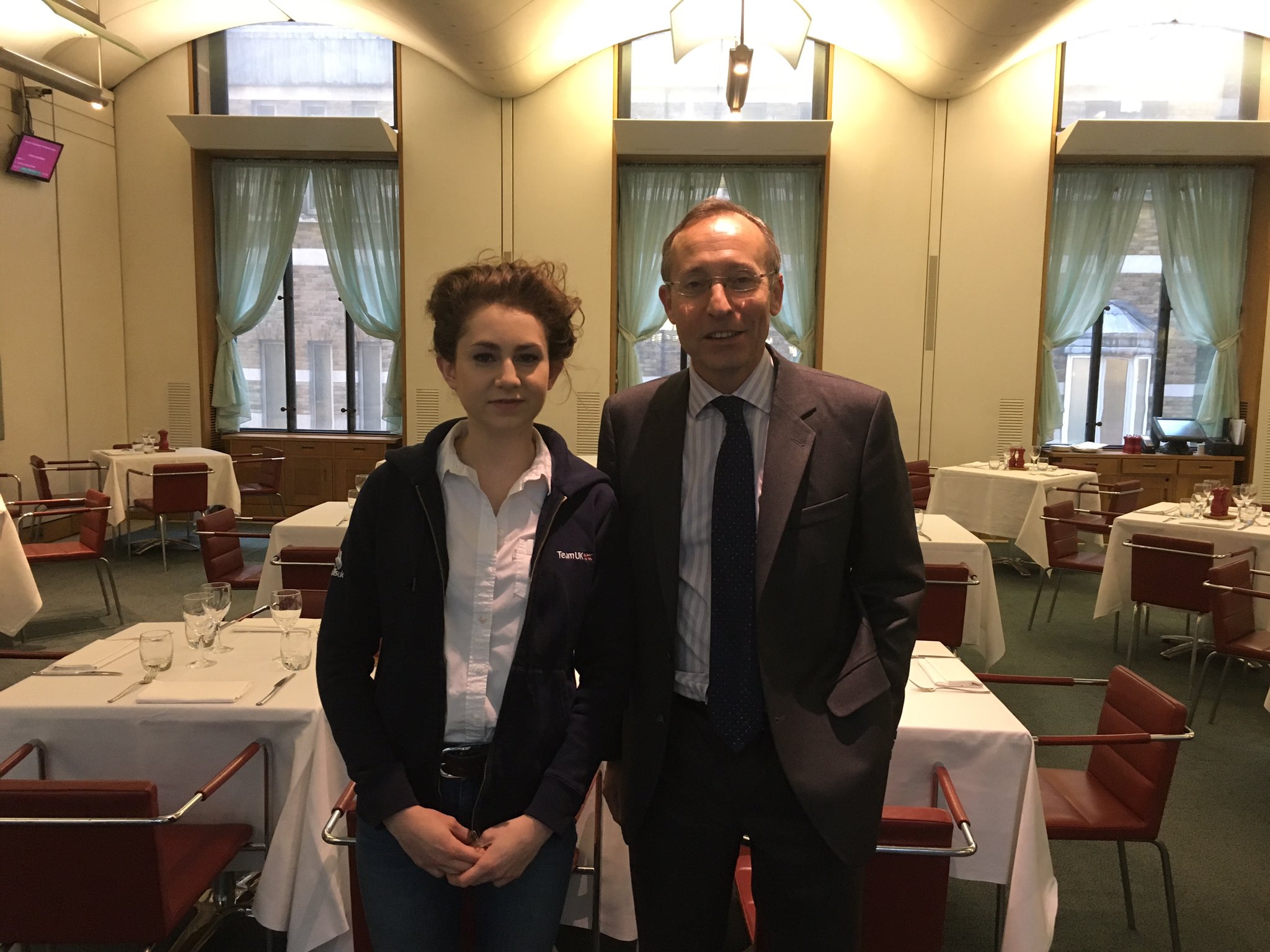 Shepherds Bush resident Ruth Hansom is a chef de partie at the Ritz (that means she runs a section of the kitchen -; in Ruth’s case she’s in charge of fish).

She is also 21 and representing the UK against 30 other countries in the Euroskills finals next month in Sweden.  She came to visit me at the Commons, a remarkable person who came to London on her own at 17 to learn some of the most difficult skills in the most difficult working environment.  Four years later she is already calling the shots -; a great role model to young women. 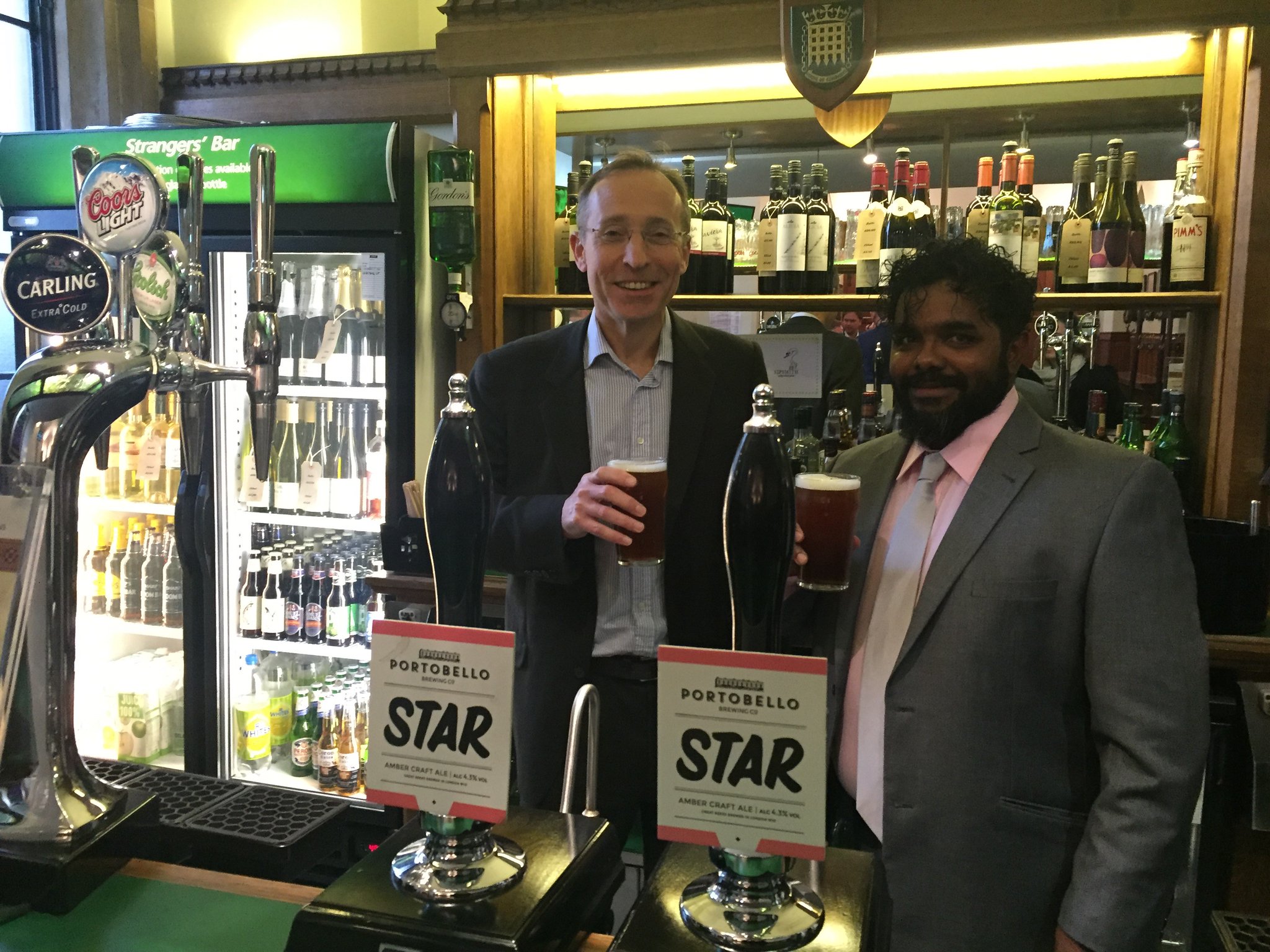 Strangers’ Bar in the House of Commons is famous for plotting and the occasional fight, so I obviously give it a wide berthBut I was in there last week to celebrate Hammersmith-brewed Portobello Star being the beer of the week.  Farooq Khalid, co-owner of the Portobello Brewing Co, off Scrubs Lane is passionate about his beer and is up at 4am every day to start the brewing.  It is excellent stuff and increasingly popular and available across west London. The last Hammersmith company to feature in Strangers’ was Sipsmith -; who also went on to distil a gin especially for the House of Commons -; so Portobello should soon see their fortunes rise even higher.

This week in Parliament I’ve raised asked a question about the threat to Community Pharmacies, and highlighted the role they play as part of local health services. I’ve asked questions about prison safety, NHS funding, and spoke about the important role that London will have to play in any upcoming negotiations around Brexit.

I also spoke outside the Royal Courts of Justice in support of Hammersmith residents, Rebecca Steinfeld and Charles Keidan, who are challenging the law on Civil Partnerships. The couple wish to enter into a Civil Partnership and feel that the current law as it stands should apply to opposite as well as same-sex couples.

Alf Dubs is ‘Peer of the Year’

Lastly, I was very pleased to hear that the Spectator has named Lord Dubs as their ‘Peer of the Year’. Alf Dubs has worked tirelessly to highlight the plight of children living in the Calais refugee camp. He was successful in passing the ‘Dubs Amendment’ to the Immigration Bill, that has allowed hundreds of unaccompanied refugee children to come to the UK. In a lifetime of public service Alf, a Hammersmith resident, has always championed the cause of refugees, a role he is uniquely qualified to do, having arrived in the UK aged 6 in 1939 on the Kindertransport.

On June 23 I fell asleep secure in the knowledge that the UK was still in the EU and woke up to find we had Brexited.  Last night I fell asleep knowing that Hillary Clinton was on her way to becoming 45th President of the United States, and woke up

Normally, I am not superstitious, but from now on I intend to stay up all night when there are votes to be counted.