Last week, with the Brexit Bill dominating political headlines, the Government saw a chance to break their promise to welcome 3000 child refugees into Britain.

The promise was made last summer to Hammersmith resident Alf Dubs, a six year-old refugee from the Nazis in 1938 and now a Labour Lord, who passed into law a commitment to take lone children from the camps of Europe, like the Calais ‘Jungle’ I visited a year ago.

The Government has turned off the tap with just 350 children allowed in.  Church leaders, public figures and some Tories have begged them to think again, but it is likely to take the courts to stop Theresa May going back on her word.

In the meantime Refugees Welcome is looking for landlords in the borough prepared to rent properties to refuge families from Syria and elsewhere.  If you can help or know someone who can please contact Refugees Welcome to ask for more details.

In the middle of the three days of votes on the Bill to trigger Article 50 and start the process of leaving the EU last week, I spoke at a conference on Brexit for year 11 at Latymer Upper School in King Street.  I couldn’t but notice the contrast between the calm and detailed analysis of 70 years of European cooperation by the 16 year-olds and the bluster of the pro-Brexit ministers who in the words of one of my colleagues were ‘drunk on Brexit smugness’.

I stuck by my promise to constituents not to vote for the trigger so long as Parliament or the public had no say over the deal the Government negotiated.

I did vote, along with almost all Labour and other opposition party MPs, for amendments that would have forced the government to refer back to Parliament before exiting the EU, but the promised Tory rebellion never materialised.  Of 185 Remain Tories last summer, only seven voted with us to give the House of Commons a meaningful say on the final deal.  And I thought this was about giving power back to Parliament.

Even the amendment that would protect the rights of EU Citizens in the UK, and force the Government to give them permanent residency when Britain leaves the EU, attracted no Tory support.  Every week I meet people from other European countries worried they will be asked to leave when the UK brexits.

This and the way the Government is heading for an unrestrained hard Brexit make me fearful for our economic and political stability in years to come.

I will do everything in my power to hold the Government to account during their negotiations with the EU to ensure Britain gets the best possible deal which prioritises jobs, the economy and employment rights and I will continue to fight for the rights of EU citizens who have made their homes in the UK.

While not condoning it, you can see the politics in sneaking out the ban on refugee children in the middle of the Brexit debate.  More surprisingly, the Government also sneaked out its own White Paper on solving the housing crisis.  This much-trumpeted and much-delayed document was supposed to mark a sea-change in a housing policy that has seen home ownership fall by 200,000 and street homelessness rise by 133% since 2010.

It was pretty soon clear why it was being smuggled out.  There was nothing in the flagship White Paper.  Indeed it was described as a white flag surrendering to the housebuilders, who ration supply to boost their profits, and the developers, who prefer to sell luxury high rises to foreign investors than build affordable homes for London families.

They did borrow ideas from Labour’s last election manifesto -; like getting rid of letting agent fees for tenants and introducing longer-term tenancies -; but delayed their introduction or made them voluntary.

But there was nothing in the White Paper about letting councils build genuinely affordable homes to rent, nothing about improving conditions in the private rented sector and nothing to help people save for deposits and get on the ladder to home ownership. 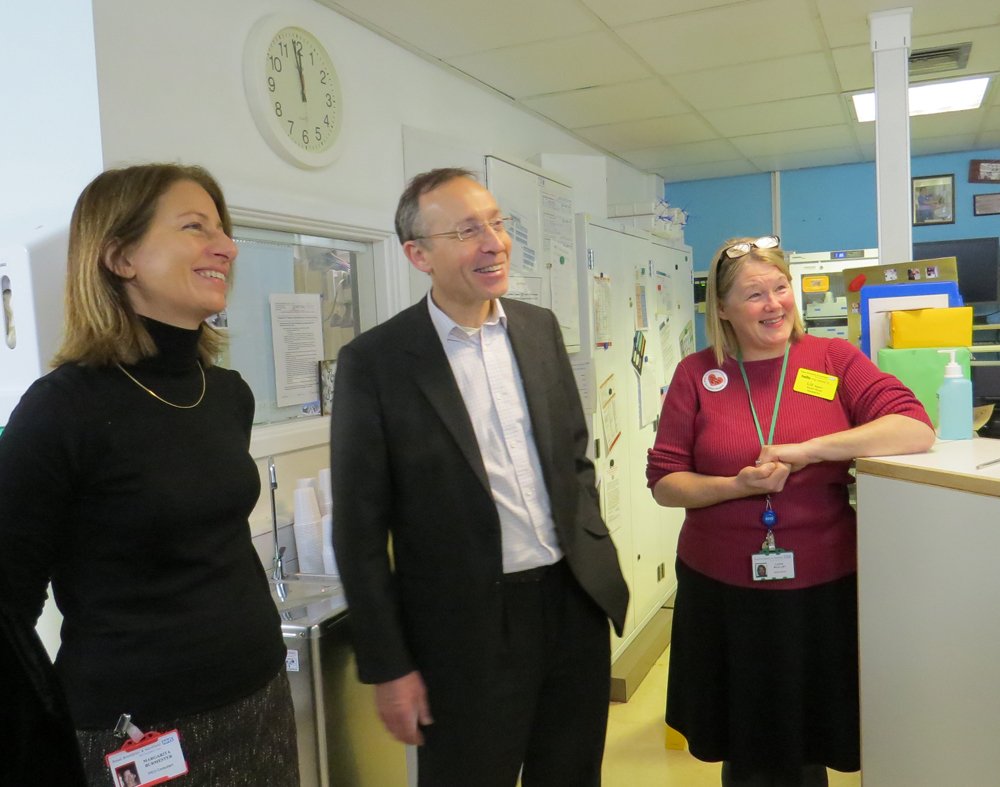 The worst ever A&E waiting times have drawn attention back to the crisis in our major hospitals and the folly of proposing major closures and cuts in beds, notably for us the demolition of Charing Cross with the loss of over 300 beds.

Locally, campaigning is stepping up with both the council and Save our Hospitals planning events to keep the spotlight on Jeremy Hunt’s plans.  But at least we know why this is happening -; it is all about saving money and the failure to invest in our health and social care services.

More puzzling is what is happening at Royal Brompton Hospital in neighbouring K&C.  RBH is a specialist heart and lung hospital.  I was delighted to visit the children’s intensive care unit last week, not least because as a child I was a long-term out-patient there and will be for ever grateful for the care and treatment I received.

RBH has a fully integrated child to adult heart disease service.  It is unique in the UK and one of the best in the world, attracting specialists from many other countries.

NHS England is proposing to close it.

Here is the Brompton’s explanation of why they should stay open, and here is the consultation on the closures that began last week.  Please respond.

Predictably the Government has ignored its own consultation exercise and decided to go ahead with the closure of Hammersmith Magistrates’ Court -; despite the fact that over 90% of respondents were against the closure.

There are no operational reasons for closing this modern, accessible and well-used court.  It is simply a land grab by the Ministry of Justice to make a profit by selling off the site.  This is extremely short sighted as the consequences for access to justice will, in the long term, be costly both in human and financial terms.

The alternative courts suggested at Westminster, Highbury and Hendon are themselves busy following a
closure programme earlier last year and, in any event, are long distances away.  The claim that Hendon is less than an hour’s travel by public transport from Hammersmith is ridiculous.

Coming on top of the proposed closure of the job centre, post office and police stations in Hammersmith & Fulham, this represents a major disinvestment in local public services 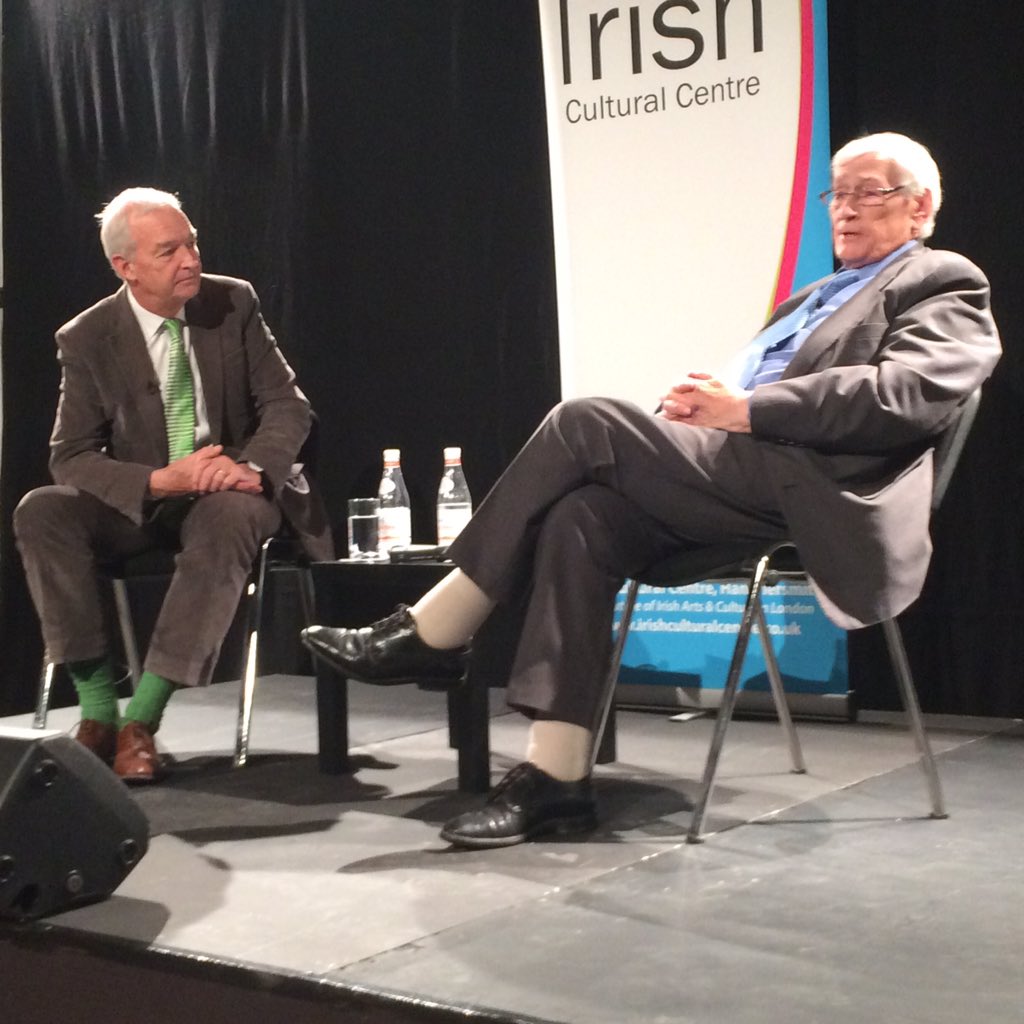 Seamus is one of the unblemished heroes of Irish politics. For over 40 years he has been a powerful voice both for the nationalist community and for peace.  An architect of the Good Friday Agreement, he is in a unique position to assess the challenges both of the current crisis at Stormont and from Brexit.

Former H&F councillor Dr Ivan Gibbons, a lecturer in Irish History, and Michael O’Hare, one of his MA graduate students, put the evening, attended by MPs, Peers and the Irish Ambassador, together.  A powerful and at times traumatic event and a great start for a new cultural centre in the borough.

On Thursday I was one of the sponsors and speakers of the first full debate in Parliament on Palestine for two years.

Trouble, tragedy and trauma would be a good title for the suffering of the people of occupied Palestine, in the 50th year since the Israelis invaded and imposed military control over the West Bank and Gaza.  The motion, which passed unopposed after three hours of intense debate, called for a halt to settlement building on Palestinian land, which is illegal under international law and a breach of the Fourth Geneva Convention.

You can read my speech here and the debate here. The arguments are clear and difficult to challenge but both the US and UK government are unwilling to act against Israel, even to the extent of banning goods produced in the illegal settlements.