Brexit, Heathrow and the NHS at 70

I have delayed writing this in the hope that there would be some progress on Brexit to comment on. I should have known better after two years of not much happening. But given the period from Christmas to Exit Day (29 March 2019) will be taken up with ratifying and implementing any deal that is done, there are barely three weeks now and three months in the autumn to negotiate anything.

The problem is that there is group of hardline pro-Brexit Conservative MPs who threaten to bring the Government down if it negotiates anything they dislike (which may mean anything at all as they increasingly are speaking up for no deal). To date this has cowed the rest of the Government and the MPs who support it into deferring any decision.

In this way no more than a hundred MPs can bind Parliament’s and the Government’s hands. Even the minimum concessions on the customs union and single market necessary to prevent hard borders at Dover and in Ireland are not acceptable to the Brexit hardliners. Either Theresa May calls their bluff -; which may not be a bluff and will then probably mean a General Election -; or the UK is unable to put forward a credible offer to the EU and we crash out with no trade deals in place, no treaties on cooperation and no arrangements for UK citizens living abroad.

It is not surprising therefore that many people have given up on Government or Parliament being able to reach a sensible outcome on Brexit and are demanding a People’s Vote. The idea is that whatever looks likely to happen post-March 2019, the electorate get a chance to vote on it first.

I favour this for two reasons. Firstly, the Government wants to keep all the decisions in its own hands and the lack of sufficient rebels amongst their MPs means Parliament isn’t in a position to challenge this effectively. Secondly, if Parliament did decide to stay in a close relationship with Europe or not leave the EU at all, this would be seen as politicians ignoring the Referendum. Only a further popular vote is likely to change significantly the decision to leave, but of course, in its current confused state, Parliament probably won’t legislate for that either.

West London Labour MP Gareth Thomas has put forward a ten minute rule bill to enable a People’s Vote on the terms of the UK’s exit from the EU. I am a sponsor of the Bill and will be in Parliament this Friday to support it.

I will continue to vote to preserve the customs union and single market and there is probably a majority in Parliament for both on a free vote. Leaving either will cause huge economic damage to the UK, especially the poorest and most remote parts of England and Wales, which are also those which strongly voted to leave.

That is the most urgent but only one of the crises leaving the EU will cause. As soon as next March, if there is no deal on a transitional period, the rights of 3.6 million EU citizens here and one million UK citizens in the EU are in doubt.

And at a time of huge political uncertainty internationally, with Russia and China acting aggressively and the Trump administration imposing tariffs on European goods, the protection of working with 27 neighbouring democracies on everything from security to trade negotiation has never seemed so sensible.

Last week the House of Commons voted to allow a third runway to be built north of the current two at Heathrow Airport. They have refused to publish flight paths but Hammersmith and Shepherds Bush are in direct alignment with the proposed new runway.

But the mood amongst anti-expansion campaigners and MPs was surprising cheerful in defeat. We believe there is little or no prospect of the project ever being built, as support shrinks and doubts grow about its feasibility.

There is dwindling political support. The Labour Party changed its 15-year policy and now opposes the third runway based on evidence that it failed four important tests. The SNP also withdrew from voting in support, meaning of seven Parties in Parliament only the Conservatives/DUP are in favour -; and they found it necessary to whip their MPs to minimise rebellion.

The environmental case has always been strong against Heathrow but now the economic case is as well and the risks are huge. The taxpayer already is saddled with a £10-15 billion bill for infrastructure, and if the project fails, it is us who will pick up the tab. This is what I said in the debate.

I am joining in the celebrations for the NHS’ 70th birthday this week, not least by attending its birthday awards, where my nominee, local mental health worker Saeed Khalilirad, has been shortlisted.

But it is a rather bittersweet birthday as the Government hasn’t been taking very good care of the NHS lately. The extra money that has been promised but not yet found will do no more than make up for the underfunding of the last seven years. In other words, there is no money for the growing costs which better treatments and an older population demand and nothing for social care and training.

Locally, we are definitely not celebrating the sixth anniversary of the Charing Cross demolition plans, but are pleased to have seen them off thus far. We now have a complete new set of managers -; the fifth by my reckoning -; since those plans were announced. There is no ownership of what happens next. No one will justify the situation, but they will not abandon or even review their own business case and clinical strategy which dictate demolition, even while they are spending an extra £7 million on expanding the A&E at Charing Cross, in an attempt to cope with rising demand.

This they certainly need to do: last week only 75% of patients were seen at A&E within four hours, and at St Mary’s -; where we will be sent if Charing Cross A&E closes -; it was a shocking 57%.

Grenfell: one year on 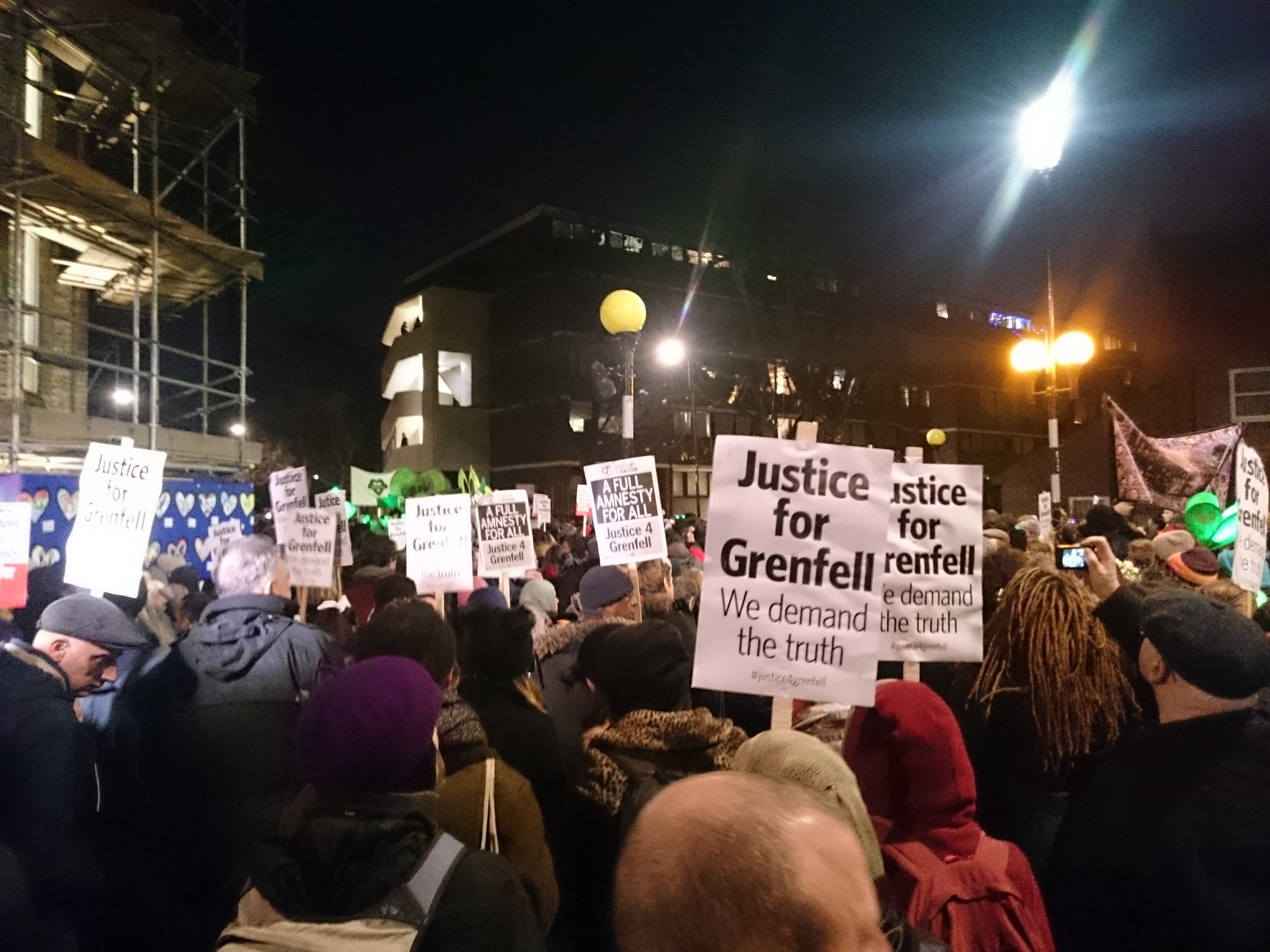 A much sadder anniversary on 14 June, as I attended the silent walk to mark one year since Grenfell Tower was destroyed by fire with the loss of 72 lives. The Inquiry is at last underway though it will be years before the full truth is known and action taken. In the meantime, helping the survivors and dealing with fire risk on other high rise blocks has been painfully slow.

Grenfell was a national disaster, it demanded a response from Government, but they have passed the buck to the local council, to the building industry and to others who helped cause the problem in the first place.

There is a real lack of emotional intelligence with this Government. You can see it in their treatment of the Windrush generation and other legal migrants, and their policies towards refugees and asylum seekers including children.
I debate these issues all the time in Parliament, but I fear all falls on deaf ears.

I almost had a Bill

For the first time in 13 years I came high enough in the ballot for Private Members’ Bills to have chance of seeing my Bill debated and possibly made law. I chose an area I championed when shadow justice minister -; our right to get information from non-public sector organisations doing public sector jobs. This would include companies like Carrillion, G4S and SERCO that have so spectacularly failed at running huge Government contracts, but also housing associations and tenant management organisations like the one that ran Grenfell Tower.

Why should you be entitled to know about fire safety or even basic management of the place you live if a council is your landlord, but not if it is a housing association or TMO?

Sadly, my Freedom of Information (Extension) Bill fell prey to the tactic of some Tory MPs of talking out Private Members’ Bills, but even if I had got my debate, the Government tell me they would have killed the Bill.

I will keep trying -; and if you are interested in the topic this is what I would have said

What else is going on? 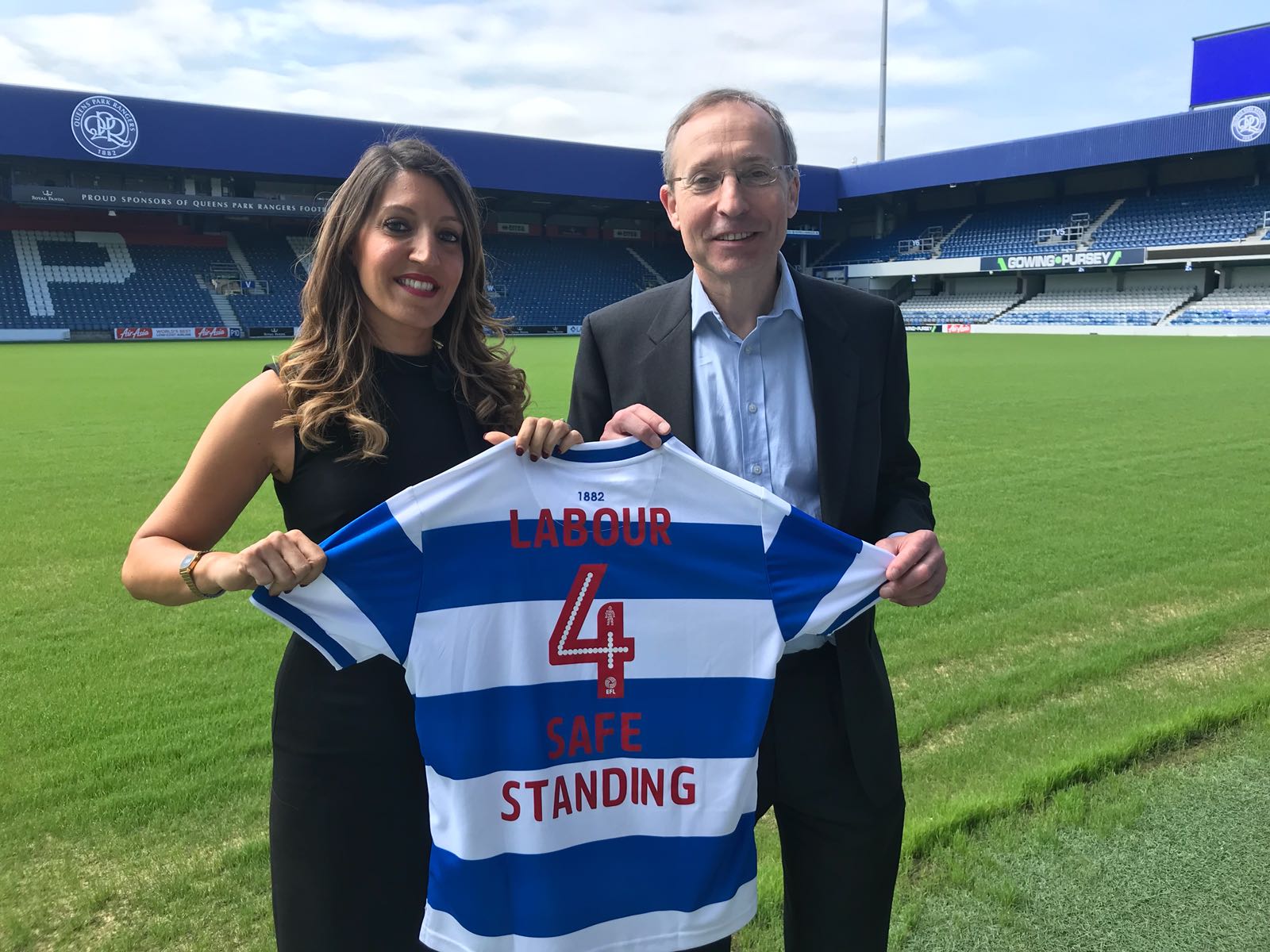  The Labour Party has come out in favour of Safe Standing areas at Premier/Championship football grounds and shadow sports minister Rosena Allin-Khan launched I am a convert and spoke in the Commons debate.

 Huge congratulations to constituents Rebecca Steinfeld and Charles Keidan whose four-year battle for a different sex civil partnership ended in victory in the Supreme Court last week. I went along to support them. A change in the law will mean six million people currently cohabiting can get the legal rights of married couple by opting for a civil partnership.

 Good local news that the Nat West Bank on Shepherds Bush Green that was due to close last week will be staying open, albeit with reduced opening hours. I’ve been lobbying endlessly in recent years to stop bank closures, so it is nice to win one.

 No good news yet on post offices, but I have met Post Office Limited again last week and reminded them of three big omissions in the local service: we need a new branch office on Shepherds Bush Green; we need better service at the main office in King’s Mall where long delays have been reported; and we need a new site for the closed office in Fulham Palace Road. I will keep you posted.

 Applications to the Mayor of London’s Young Londoners’ Fund close on 9 July. There is £45 million in the fund and I urge local organisation to apply if they have not already done so.

 Many charities that help people in housing need are coming together for a Health & Wellbeing Fair on 20 July at Hammersmith Town Hall. Further details here.

 We had a great afternoon at Wendell Park School on Saturday celebrating 13 years of their Saturday School funded by the charity SHINE. Some of the ex-SHINE pupils are now studying to be doctors and engineers; it is a truly life-changing project. But this cannot hide the fact that every school in H&F is having its budget cut over a five-year period and many are struggling. We will be debating this in the commons this week, but if you want to know the effect on any local school, check out this website designed by the National Education Union.